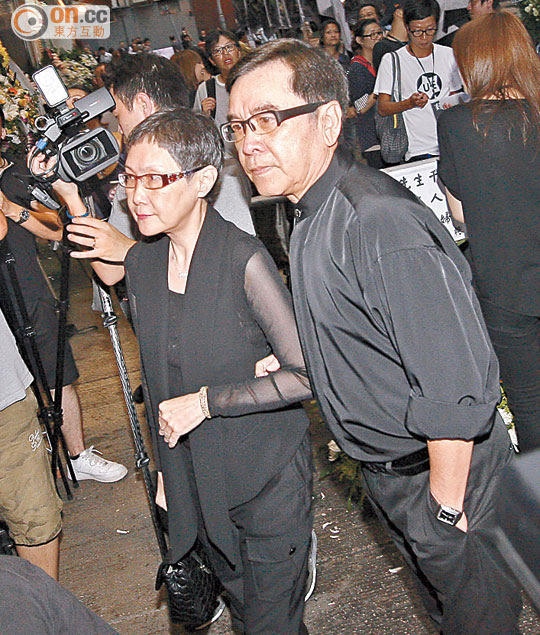 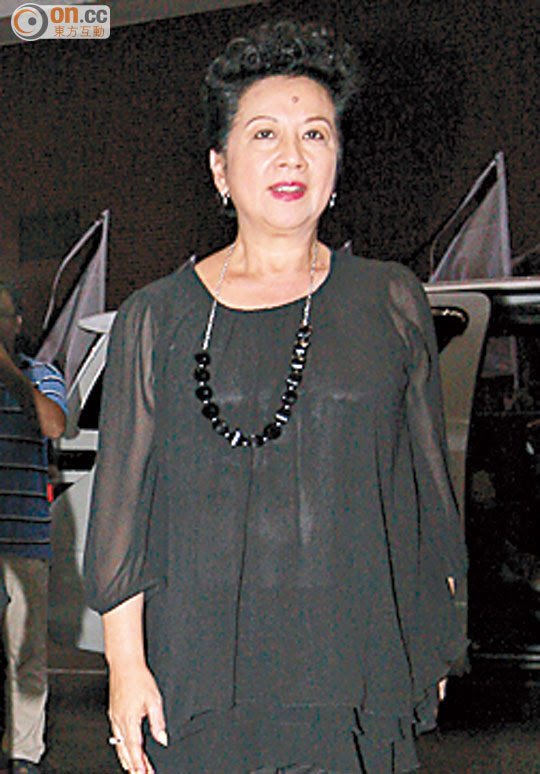 Lau Kar Leung was in show business for years and made many friends. From the Cantonese era to his final film SEVEN SWORDS (CHUT GIM), his over 50 years performance career had no regret. His loyalty won him many friendships. Yesterday chief disciple Adam Cheng Siu Chau and funeral committee chair Nat Chan Pak Cheung arrived early for the services. Paying their respect was not only disciples and those of the martial art worlds but also Law Kar Ying and Liza Wang Ming Chuen, Petrina Fung Bo Bo and her brother, Donnie Yen Chi Tan, Sharon Kwok Sau Wan, Wu Ma, Jason Pai Piao, Karl Maka, Dean Shek Tin, Nancy Sit Ka Yin and others. Fung Bo Bo who has worked with Lau Kar Leung many times could not hide her sorrow. When she left she was teary eyed. Ah Jeh although had to run around due to her home burglary, she still came with Law Kar Ying to salute Lau Kar Leung for a final time.

Chan Pak Chung was the Lau Kar Leung funeral committee chair. He said that back then Master Lau made Wong Hung Sau a star, both he and Sau Goo respected Master Lau very much. "Master Lau was very fortunate, Mrs. Lau (Yung Jing Jing) has ben great with every aspect of the funeral arrangements. I only did a little. Was I the person who Master Lau named to see before he passed away? Master Lau didn't have anything special he wanted to say. His 'passing' was very short, but very comfortable and peaceful." What did he learn from Master Lau? Ah Lek said, "I couldn't learn anything! If I did I would be making kung fu films!" Ah Lek said that Master Lau did not discriminate when he made friends, he was open minded and was able to get along with people of any age; he valued martial art honor, thus his disciples' respect came from within."

Cheng Siu Chau was Lau Kar Leung's first Hong Kong disciple. He said, "Master treated his disciples very well. He wouldn't get mad and was open to discussions, thus his disciples respected him from their hearts." When Chau Guoon left the funeral parlor he went to see Master, who looked very peaceful. He wished him a safe journey and an even better life. Today Lau Kar Lung's disciples perform a farewell lion dance for the funeral. Chau Guoon admitted that he did not know how to lion dance, so he would wave the banner to send Master on his final journey.

Wang Ming Chuen and Law Kar Ying were busy with their home burglary but still took time to pay their respect. Brother Kar Ying said that he and Lau Kar Leung were family friends. After the viewing he thought Master Lau went very peacefully. Brother Kar Ying said, "Last month I just had tea with Master Lau. He even said that he was exercising to fight cancer, which was very encouraging to me and Ah Jeh." Brother Kar Ying last night felt sorrow and pain when he said the plain lions kneeling into the hall, the highest show of respect from the martial art world to the Grand Master of a generation. They said that they would remember Master Lau's perseverance and contribution to the film industry, martial arts and even life.
Posted by hktopten at 2:24 PM