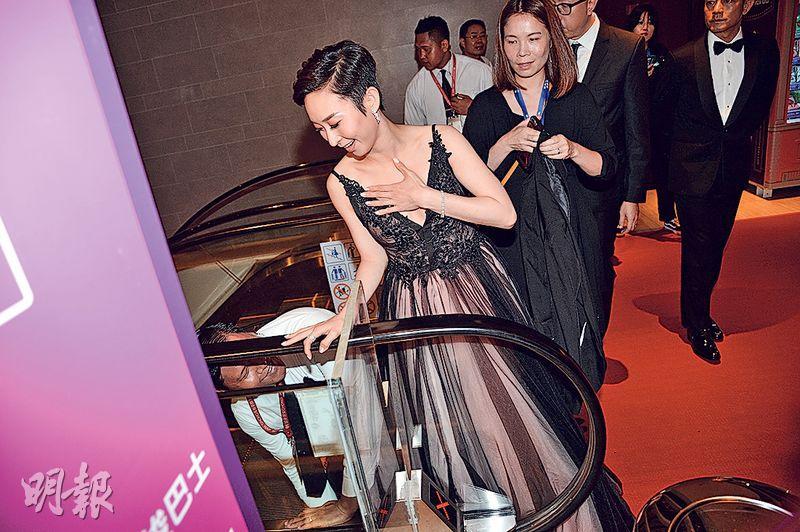 PROJECT GUTENBERG brought Sing Sing his second Best Actor award. He happily said, "I treat each award show normally, winning would be a bonus and an encouragement. The most important to make every movie good. The Huading awards are chosen by the jury and Mainland viewers. Audience support is a great shot of confidence." He said that over the years the script came first. He would try not to repeat characters that he has played before. The most important was for the screenplay and the character to move him.

Chong Man Keung was asked whether the PROJECT GUTENBERG team would work together again? He said, "Yes, but it would be next year at the soonest." Chau Ka Yi said that she would make room for the director, while Sing Sing said that he would not decide until after reading the script. Now he wanted to make movies for breakthrough.

Chau Ka Yi won her first Best Supporting Actress. "I am very happy, but in a hurry I forgot to thank my family. I want to say to them, 'I love you!'" In PROJECT GUTENBERG she performed without make up, which she joked was not a sacrifice. "I am not going the pretty girl route, no make up helped the character a lot. I thank Man Lim Chung for my design."

Chau Ka Yi's dress was caught on the escalator yesterday. She immediately covered her chest while pulling on her dress to prevent wardrobe malfunction. Luckily workers turned off the escalator right away and helped her with pulling her dress out. Later she said the moment was very awkward, worrying that the caught dress would affect those behind her.
Posted by hktopten at 2:28 PM