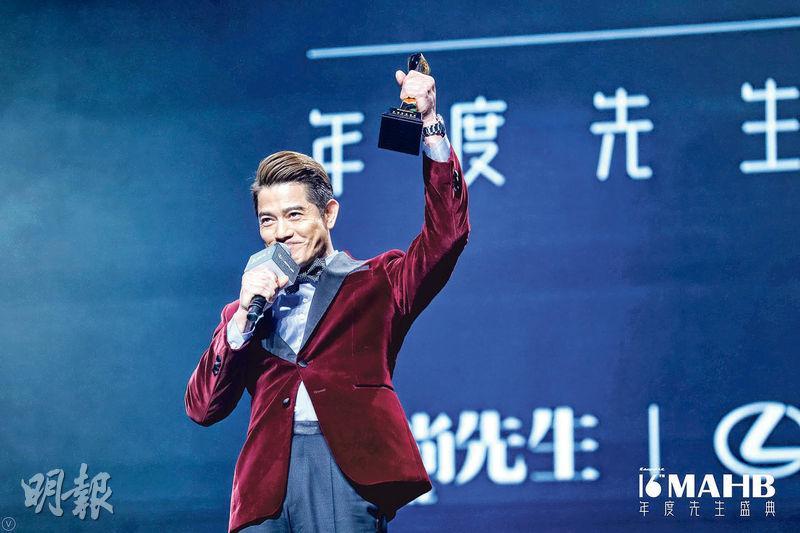 Aaron Kwok Fu Sing earlier attended an event in Beijing and received the Man of the Year award from guest presenters Kara Wai Ying Hung and Wang Jingchun. Sing Sing said, "I am very happy to receive this award from the hands of two excellent actors. In 2019 I was very focused on work, I would cherish any award and look forward to doing even better in 2020."

Sing Sing said that his film I'M LIVIN' IT (MAK LO YUN) will soon open. He said that he was very happy to make this good movie that was concerned with the community. Each actor put a lot of effect into the performance, making the movie very moving. He mentioned that Alex Man Chi Leung, in order to get used to working at night, stopped taking some medication so he would appear more alert during the shoot. However Brother Man Ji's body became weaker. When everyone found out, they appreciated Brother Man Ji's professionalism and looked forward to reuniting to promote the film together.
Posted by hktopten at 7:44 PM