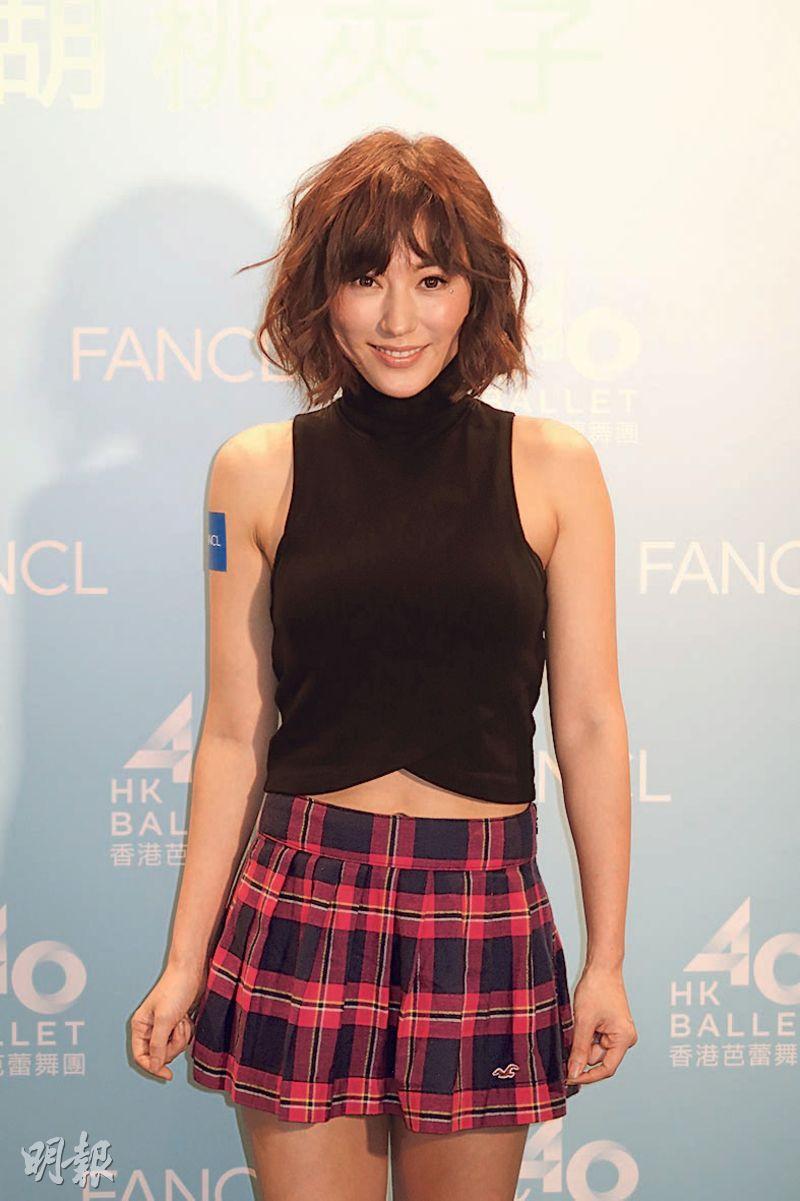 Annie Liu (Lau Sum Yau), Aka Chiu Wai Shan and others attended the ballet THE NUTCRACKER's opening night event. Sum Yau said that because she played a boxer in her new film, she worked out and sunbathed to meet the character requirements.

Sum Yau expressed that in the new film THE GRAND GRANDMASTER (MUK DOI JUNG SI) worked with Dayo Wong Tze Wah for the first time. The film has planned for a Lunar New Year release. She said that in order to gain more muscles she deliberately ingested more protein. She was also able to accept her tan because she would get a tan when she ran normally. Only a sun lamp would give her a more even tan. Aside from working out, Sum Yau also had to train in boxing. She sad that during the training she often took beatings. She cried on the first day of training. "Because I often got hit in the head. Actually it was to train my courage. Being a little dizzy was really fun, just like on a boat ride." As for working with Wong Tze Wah, Sum Yau said that he was very concerned with her boxing and shared a lot of boxing information for her to learn and help her to get into her character as soon as possible. As for Christmas, Sum Yau would like to spend a white Christmas in somewhere cold. If she would not be able to she would stay home and spend it with her family.
Posted by hktopten at 8:43 PM