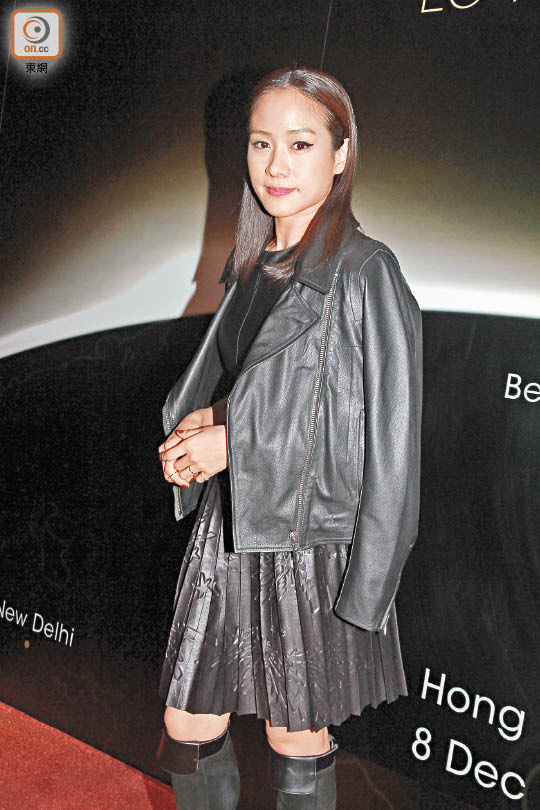 Best Actress Karena Lam Ka Yun will host a face to face with Sophie Marceau forum on the 23rd in Hong Kong. Ka Yun admitted that she has never met Sophie Marceau in person and thought the chance would be rather rare. She would do her homework before hand. She said, "It's my honor to have this chance to be face to face with her! I also look forward to watching her new film JAILBIRDS very much."

Ka Yun this month will be rather busy. Aside from hosting, she will also have to promote her new film HEAVEN IN THE DARK (UM SIK TIN TONG). Earlier she and Jacky Cheung Hok Yau appeared on Cable's Film Montage. Hok Yau revealed that Ka Yun often flirted with her husband director Steve Yuen Kim Fai and displayed their affection on the set. Hok Yau said, "At dinner they would get food for each other, the director sometimes would praise my performance and Ka Yun would whine. 'What about me?' They are very hard to take! If the director only shot her and not me it would be normal, since Ka Yun was his wife at least there would be an explanation. It would have nothing to do with my poor performance."

Ka Yun also said that her first collaboration with husband Yuen Kim Fai was not awkward at all. "I told him that he doesn't have to ask me to perform. If another actor else is even more suitable it's OK. However he said that when he wrote the script he was thinking of me. So I would play the role. It doesn't matter."
Posted by hktopten at 6:01 PM