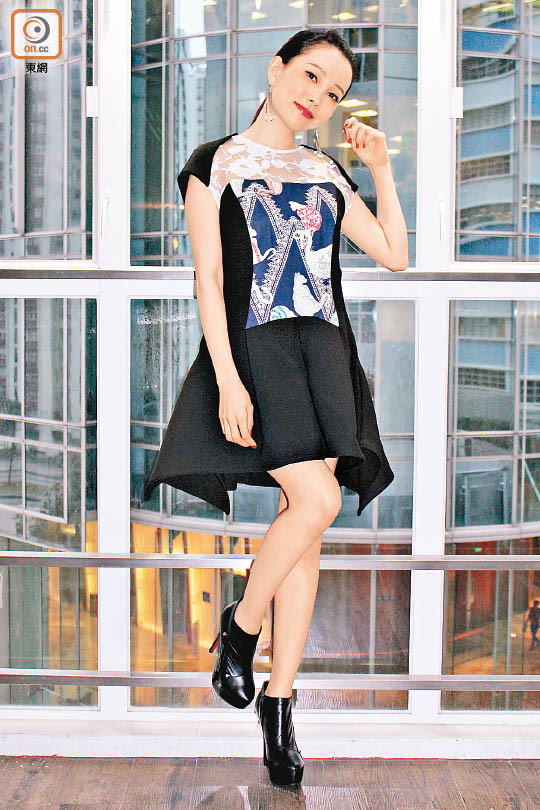 Connie Man Hoi Ling recently in the film IGIRL (IGIRL MUNG CHING YUN) played a passionate female robot and was paired with Dominic Ho Ho Man. However this time their romance was rather fairy tale like. She joked that they did not have many "action scenes". The funniest was she constantly winked at people and needed to perform in an exaggerated method. Speaking of the most memorable scene, Connie said that she had to exchange spit with Dominic and have the same piece of candy with him. "I was a robot so after eating a sour candy I didn't know what sour was. Dominic took the candy out of my mouth to try, after which he gave it back to me. Actually it was pretty gross! That day we had a lot of candy, I lost all sense of taste and was all numb. However I still had to perform a sweet feeling."
Posted by hktopten at 6:23 PM