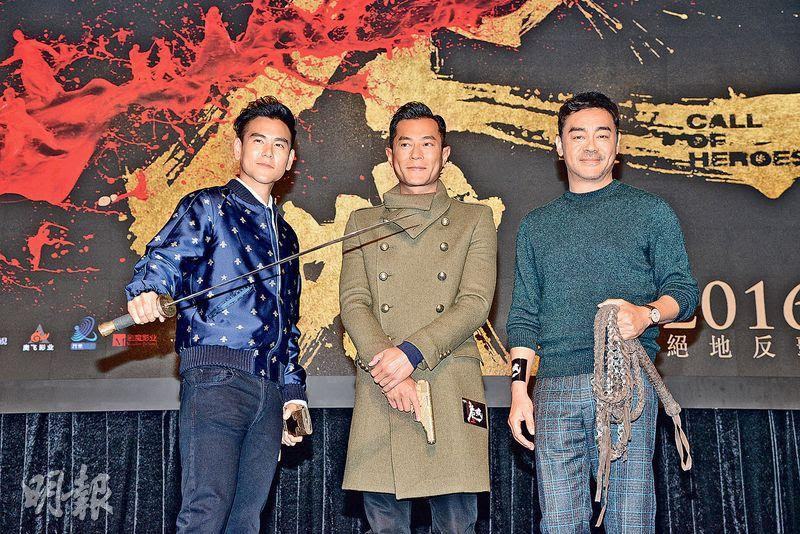 Yesterday Goo Jai, Ching Wan and Eddie held a gun, a metal whip and a blade on the stage. When the host asked Goo Jai to duel with Ching Wan's two meter long metal whip, was Goo Jai worried? Goo Jai joked, "It doesn't have to be big to be useful, mine is short but capable!" The host joked that Ching Wan's whip was two meter long, Ching Wan joked, "It's a known secret, the whip is even hotter!" He also pointed out that when using the long whip he hit himself the most. Action director Hung Kam Bo joked that Goo Jai acted well so he did not have to fight. He also praised Eddie for put his heart into his performance. Eddie was also a recognized hunk, Big Brother joked that he was more handsome than him 30 years ago.

Later the three actors were interviewed. Ching Wan said that before the shoot he spent three or four days to practice, but during practice he did not use a metal whip but a softer one. However he still left one mark after another all over his body, if he used a real whip he believed that he would have been "busted open". Did he use a whip to hit Goo Jai? He said, "I didn't have a chance to hit Goo Jai, if I hit him I would be dead!"
Posted by hktopten at 5:33 PM