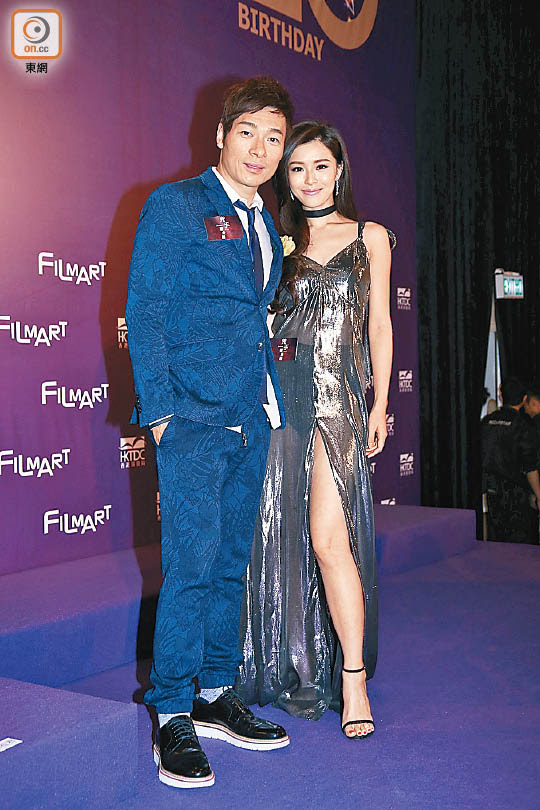 Man Wing Shan performed in the buff in NESSUN. She revealed that a week before the shoot she did not sleep well as she had psychological obstacles to overcome. She said, "When I got the script I was already nervous for a month, I was even more tense when the production started. I remember the first day or two the scenes were very heavy, I was afraid that I wouldn't be able to handle them. Maybe I really was too nervous, but after finishing that dark room scene I was very relaxed. Perhaps I knew what would happen, like I was a little used to it. (Did you need to see a doctor after the shoot?) In the film I had to see a doctor, I was OK. I just had to get over myself. The heavy scenes were rather enjoyable, the performance was rather tough since I had to collapse in every scene. (Did you ask for the set to be cleared?) The set had a lot of people, no matter what we had to have cinematographers and lighting. Of course the unrelated departments would leave. Since it was work we were all professionals. At the moment I wasn't in any mood to think anymore, I only focused on the character and ignored everyone around me." She said that on the set she walked back and forth. "That scene was shot in the dark room, basically I wasn't wearing anything. I only took safety precaution. If I sat in one spot on the site I couldn't rehearse, it would be impossible for me not to move for the marks. In other words I had to walk around. At first there weren't so many people. The rehearsal had a lot of people so I wore something. During the shoot I took it off."

On Jai was asked if he was present for Man Wing Shan's nude scene. He said, "I was, I saw the sacrifice she made for this film. It was not only physical but mental as well. She was also able to give the director the feeling of being tortured. I felt very sorry for her, but helplessly this is what film production is like. (Did you look away or take a glimpse at her?) A glimpse? That's funny, of course I wouldn't! Many people were looking at her, I only looked to see if anyone was looking at her." On Jai said that the most memorable this time was the kiss scene with Man Wing Shan in the bathroom, on camera it had a type of romantic release. He was very afraid of scenes that felt like he was not wearing pants. "So I would be very quick about it, but she said to do it again slower, kiss her slower. I thought she was very professional, instead I always wanted to finish it faster. (You both had to be naked?) I was only topless, I had jeans on. To me it's not whether I was clothed or not, it's that feeling from a passionate kiss. Instead she taught me how to do it. (Would you ask your wife Sammi Cheng Sau Man to watch the movie?) Let's see if she has any time, she said that if she does she would show her support."
Posted by hktopten at 1:47 PM