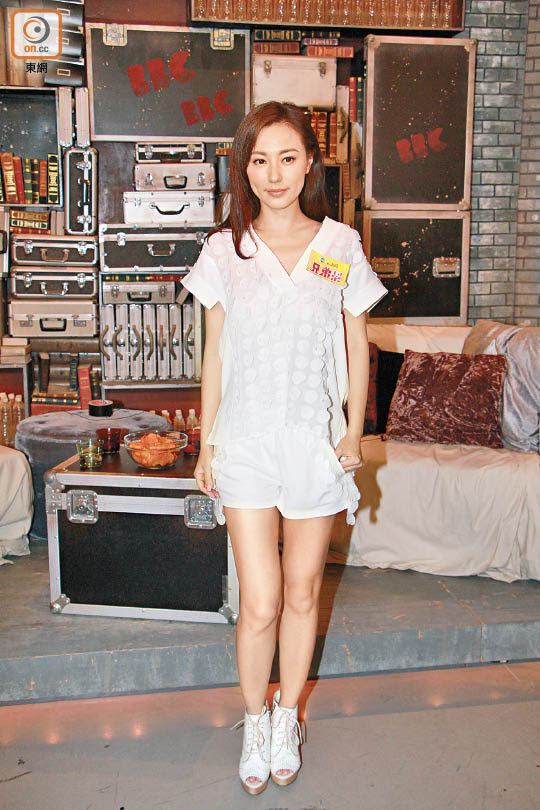 Annie Liu (Lau Sum Yau) yesterday promoted her new film MY WIFE IS A SUPERSTAR (NGOR LO POR HAI MING SING) with Alex Lam Tak Shun on the TVB program BIG BOYS CLUB. Speaking of her friend Liu Shishi's wedding, Lau Sum Yau said, "It was already marrying her off very gloriously. Although she wasn't family, I have known her for a long time and was happy for her. I could witness this important moment, which I really was very happy about. (Which moment was the most touching?) When I got off the plane she already couldn't control her emotions. It was hot there so we couldn't differentiate between sweat and tears. I just kept sweating, getting wetter and wetter."

Would she want to get married? Sum Yau said, "My future wedding will be very low key. Over 300 people at the ceremony would truly be too much, the responsibility would be enormous. Mine would be simpler. (Did you meet the groom's party?) I know three of them already, everyone was very seriously being groomsmen and bridesmaids." Lam Tak Shun said that he inherited his father George Lam Chi Cheung's low key style. When he dated he hoped to have personal space so he would not publicize it. Perhaps he would wait until the wedding to.
Posted by hktopten at 6:19 PM