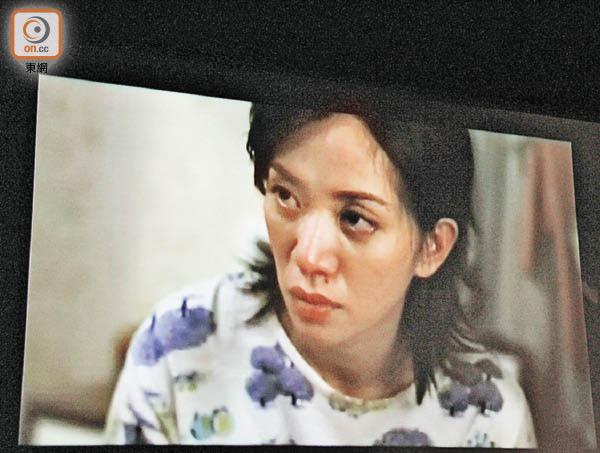 Jacky Cheung Hok Yau and director Shu Kei yesterday attended the Academy for Performing Arts forum "My Life as a Film Actor: Jacky Cheung in Conversation with Shu Kei", which played clips from many films of his career. Hok Yau even talked about how his wife May Lo (Law Mei Mei) changed his life.

Shu Kei said that he promoted Hok Yau and his wife Law Mei Mei starred DEVOTED TO YOU (CHI SUM DIK NGOR). Hok Yau said that this film was very memorable. He could tell what was on the scene from just listening to the sound. The film even changed his life. "This was a very important training. Actually making a movie is really making a movie, if you treat it like real then you would have consequences. Then I knew. The first film I didn't know, I thought making a movie had to be very real. At the time I was still young, so it influenced my life. Now if you tell me to kiss 10,000 times I wouldn't dare to have anything happen. When the movie is over it is, no thank you. However the feeling at the time still can't be shaken off."

Hok Yau with BULLET IN THE HEAD (DIP HUET GAI TAU)'s Fai Jai was nominated for the 1991 Hong Kong Film Award Best actor but lost. Hok Yau after watching the BULLET clip could not help but smile and said, "The performance was pretty good, if that didn't win I don't think I ever will." Later the event also played Hok Yau's Golden Horse Award Best Supporting Actor performance from THE SWORDSMAN (SIU NGO GONG WU). Hok Yau said, "Even I don't know why I won. I wouldn't look into it though. Actually whether I win or not it doesn't really matter." When the clip from JULY RHAPSODY (NAM YUN SEI SUP) with Hok Yau and his late friend Anita Mui Yim Fong, he dabbed away the tears from the corners of his eyes.

Hok Yau also shared experience from his three films with Wong Kar Wai: AS TEARS GO BY (WONG GOK KAR MOON), DAYS OF BEING WILD (AH FEI JING JUEN) and ASHES OF TIME (DUNG CHEH SAI DUK). Hok Yau pointed out that when he met Wong Kar Wai, he was working on Jeff Lau Chun Wai's HAUNTED COP SHOP (MAN GWAI CHAI GUOON). He was a screen writer who constantly came over. So everyone would sit on the street and chat. Later when he became a director I offered my services. Then by DAYS OF BEING WILD their relationship changed. "In the film I had a very simple expression, which took 60 times. After that Wong Kar Wai said, 'let's call it' and walked away. I felt very uneasy. If when I met him he was a director, I would just submit. The worst part was when I knew him he was a friend. I couldn't separate that at all. 'Why would you treat me like this? Why don't you tell me which take was good?' I completely did not know, I started to feel the pain of being an actor. The space was very small. I wanted to perform, but when I did something I didn't know I didn't know what to do. This is the reason that later I worked with Wong Kar Wai less, but Wong Kar Wai is a talented and outstanding director."

Having made many movies in the 90s, Hok Yau in 2000 suddenly reduced production. He explained that was because his first daughter was born and he wanted changes in his life. "Now I am 50, I don't want to be like before and pass through every stage of life pointlessly. So I reduced production, but I still get offers." Later a viewer asked which character was Hok Yau's favorite. He joked, "Now I am working on HEAVEN IN THE DARK (UM SIK TIN TONG) of course I would say this one, because now I know how to drum up business."
Posted by hktopten at 7:50 PM