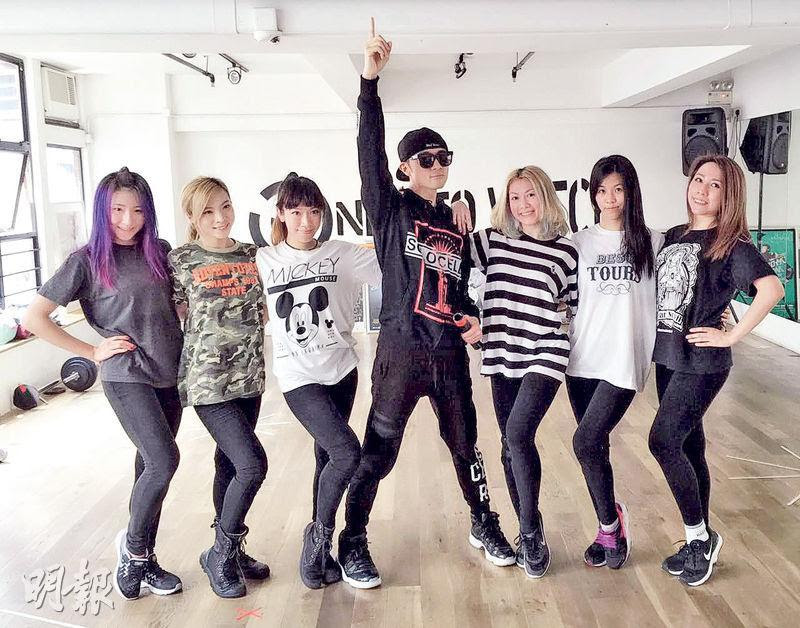 Gei Jai earlier took time to return from Korea to rehearse and practice in preparation to attend "Gor Gor's" memorial event. He was seriously professional. That night he had to fly to work in Beijing. Gei Jai hoped through this performance to share his history with "Gor Gor" with "Gor" fans.

In addition, the Les Fanmily in honor of its first event released a series of collectible memorabilia, including Les Fanmily logo pins, commemorative tee shirts, mobile phone chargers and posters. Les Fanmily hoped through these items "Gor" fans would forever treasure their beloved "Gor Gor". The proceed will be used for Les Fanmily events and "Gor Gor" memorabilia restoration so they could be properly preserved for even more "Gor Gor" fans to share.
Posted by hktopten at 6:09 PM