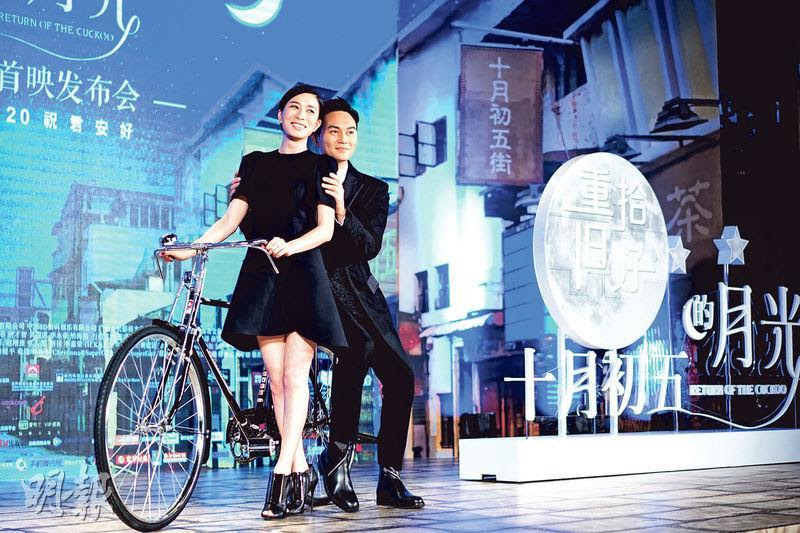 The press conference theme was "picking up where we left off" and brought back the classic parts of the film to the audience like Ah Sheh blowing the whistle and Chilam giving Ah Sheh a ride on the bicycle. However at the press conference Ah Sheh gave a ride to Chilam instead, the response was enthusiastic and screams were endless.

Chilam shot the film with the original team on Macau street and felt like running an old acquaintance at an old place, as valuable memories from 15 years ago (the series) came rushing back.

Ah Sheh had a mishap before the press conference. She originally planned to head from Guangzhou to Beijing after the Jiangmen audience appreciation event two nights ago, but due to airline scheduling issues she only realized that her luggage was still in Guangzhou after she arrived. Due to the tight schedule, Ah Sheh's make up artist could only fan out to get cosmetics. Luckily they were able to make it in time for her to appear her best. When Ah Sheh left the airport she got a surprise. She said, "At the time I was hungry and tired, I still had to remain at the airport to file a claim. When I came out it was already 3AM, luckily when I exited the gate I realized fans were waiting for me and even prepared a piece of cake for me. They truly saved my life!"
Posted by hktopten at 6:33 PM