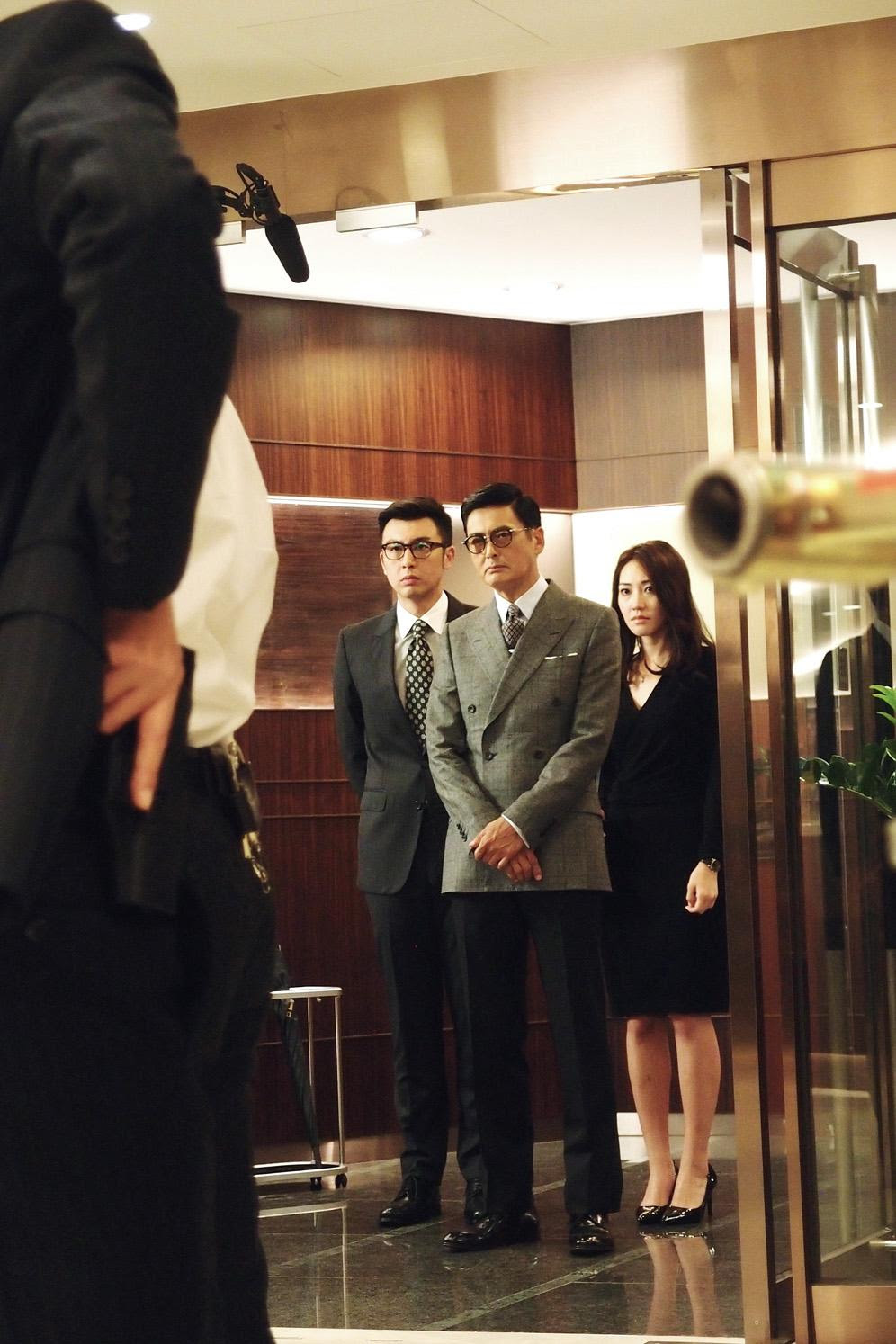 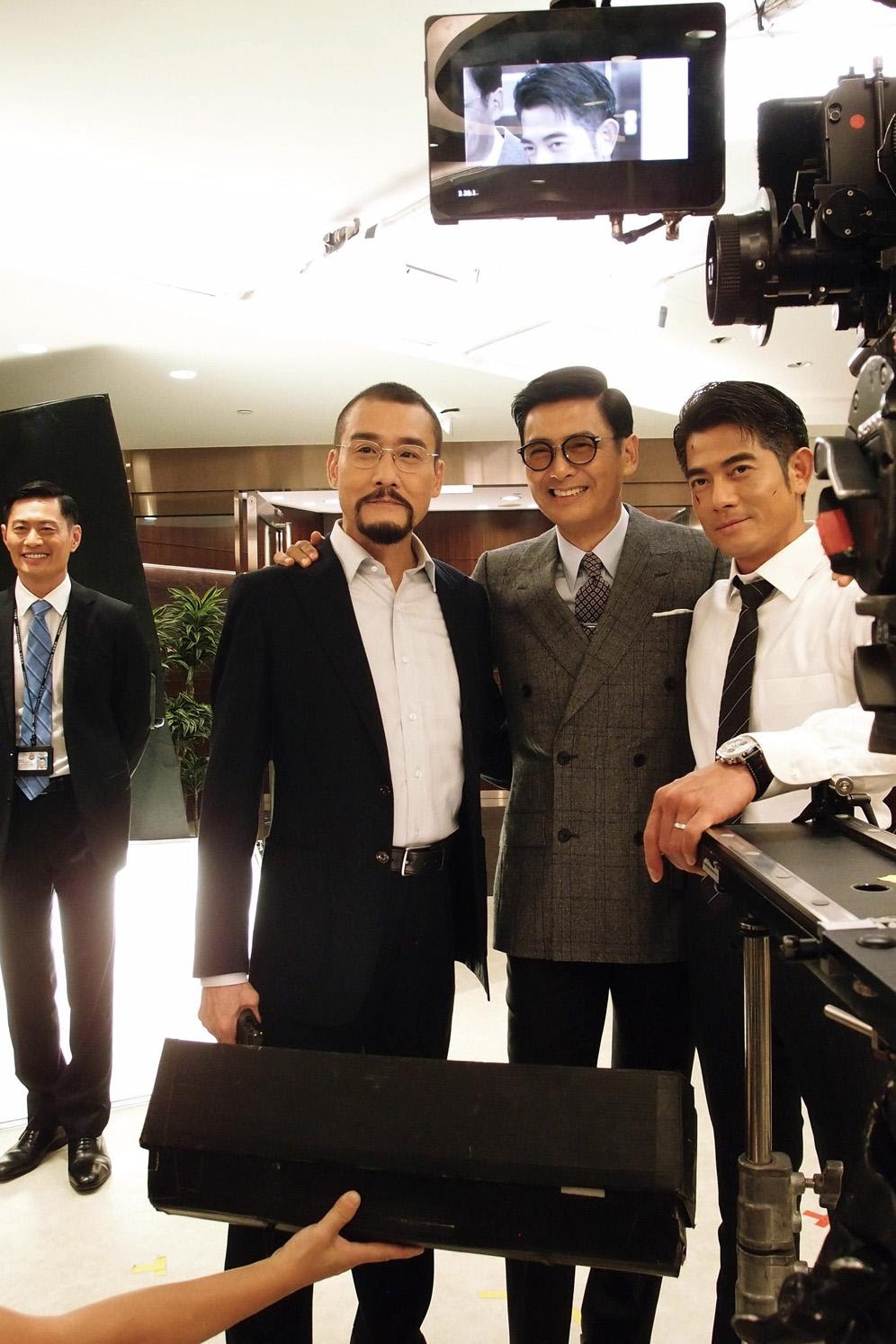 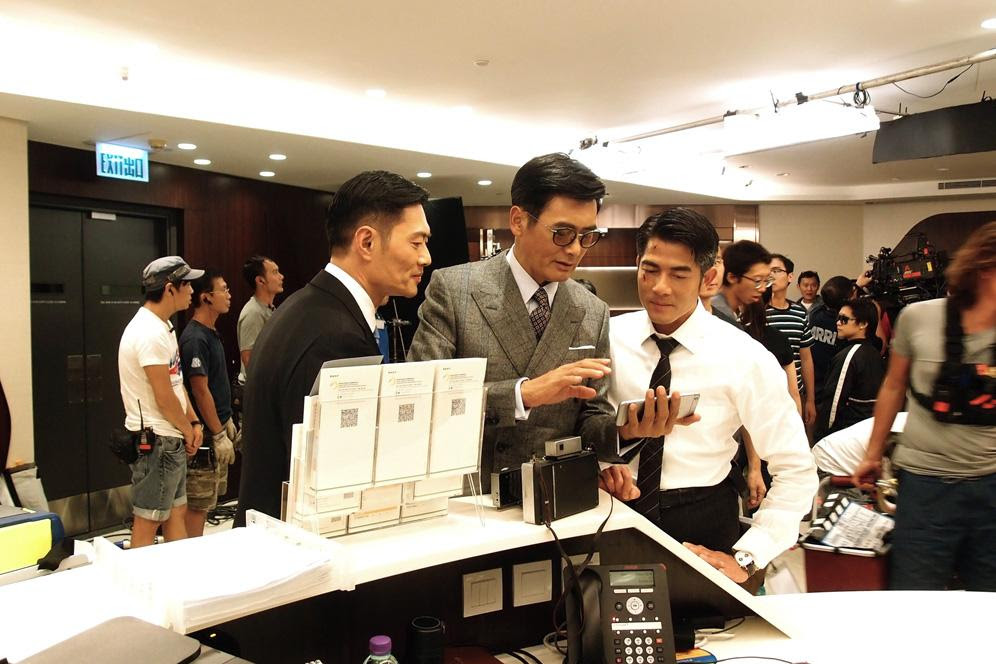 The film COLD WAR 2 (HONG JIN 2) is heating up in production. Heavy weight class Best Actor Chow Yun Fat joined the fray. Fat Gor on the first day of work ran into Best Actors Aaron Kwok Fu Sing and Tony Leung Ka Fai. He even turned into a photography director and posed for a three Best Actor photo of the century.

Fat Gor, co-stars Sing Sing and Ka Fai interacted and joked around. He put his arm around Ka Fai's shoulder, twisting his body and humming "Applause together......". They sang and harmonized in a very hilarious way. Fat Gor and Sing Sing also exchanged fitness tips and even made exercise poses. On a rare occasion where all three were performing together, Fat Gor used his own Polaroid film camera to take a three Best Actor set photo of the century. Then he even taught everyone how to fix their photos, much to the joy of everyone.

Ka Fai said that he has not worked with Fat Gor in over a decade but they did not feel like strangers at all. Fat Gor while waiting for the shoot even sang and danced with Ka Fai. Ka Fai said that they were "Best Actors" so they "pretended to be relaxed". "I have known Fat Gor for years. He is full control of his performance and he knows how to generate cheer so everyone can relax at the shoot. I have to learn this type of work attitude."

Sing Sing over a year ago worked with Fat Gor briefly on THE MONKEY KING (SAI YAU GEI ji DAI LAU TIN GUNG). This time he was able to truly work with Fat Gor on a drama, for which he was very happy about. Sing Sing felt that running into a good team and co-stars were pleasures. In addition Fat Gor was very friendly and attentive. Fat Soh also often bought them food so everyone were in a set that was filled with drama and joy.

Although Fat Gor was the latest Best Actor to join the team, the production went very smoothly. Earlier after he and Sing Sing worked on a final scene, Fat Gor's individual scenes were wrapped up. The team particular champagne to send him off, which left Fat Gor surprised and reluctant to leave. He again posed for photos with everyone.
Posted by hktopten at 6:41 PM