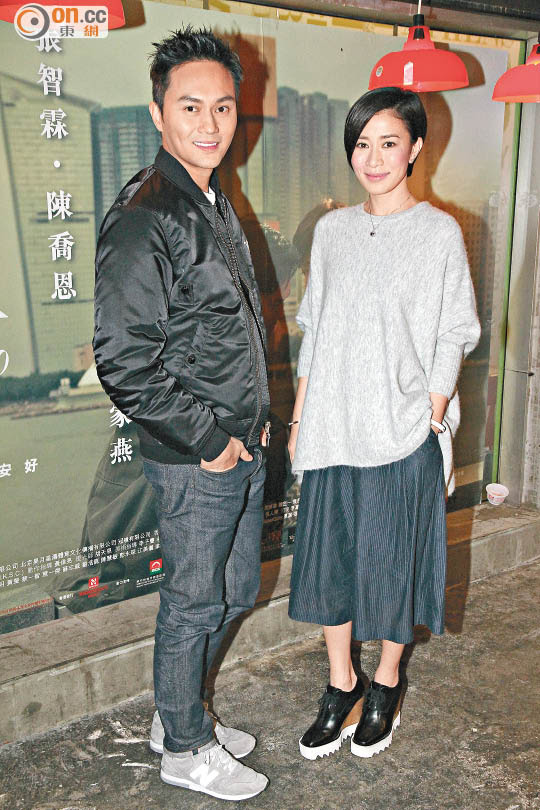 Chilam said that this film was popular in the Mainland, which helped with his Guangzhou concert ticket sales. He planned to add RETURN elements in his concert, perhaps he would carry viewers, use sign language or whistle. However he had no intention of inviting Ah Sheh to be his guest because she was very busy. Speaking of his Mainland, Europe and America concert tour, he planned to bring his family with him and wanted to invite his wife Anita Yuen Wing Yi on stage. Earlier she tried it once in Hong Kong, but because she was too nervous she could not sing. Chilam said, "Let's see if she has any courage, she should get up where she fell but last time her performance was also rather cute." Speaking of Aaron Kwok Fu Sing's Golden Horse Award, would Chilam take him for hot pot casserole to console him? He was unwilling to respond.

Ah Sheh believed that RETURN's box office could be even better. Speaking of online dissatisfaction with the film, she said that all she heard were positive reviews. However everyone's taste was different. She hoped that the director could listen to their opinions. Speaking of LINE WALKER (SI TOH HUNG JEH)'s film version and the possible lead change from Raymond Lam Fung to Louis Koo Tin Lok and Nick Cheung Ka Fai, Ah Sheh said that the film will start production in mid December. She did not know who will be in the cast. She of course would like to bring back the original team, but new additions would be good too. In addition, the government asked for public consultation on joint custody legislation for divorced parents. Single mother Sit Ka Yin felt that joint custody was good and she was not afraid that the other parent's neglect. Ka Yin admitted that single parent families was a tragedy. Parents should have the responsibility to take care of children.
Posted by hktopten at 8:25 PM