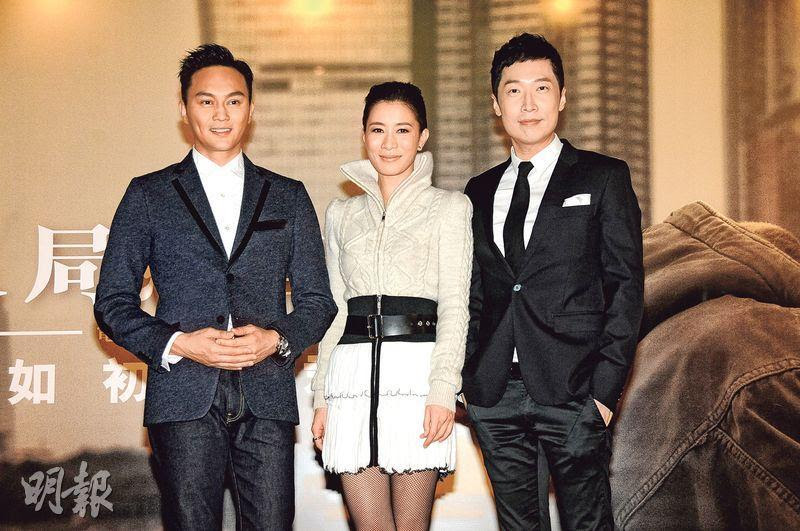 The film RETURN OF THE CUCKOO (SUP YUET CHOR NG DIK YUET GUONG) two nights ago held a charity premiere at Causeway Bay. Actors Julian Cheung Chi Lam, Charmaine Sheh Si Man, Nancy Sit Ka Yin and Michael Tong Man Lung dressed up to attend. The event invited the Labor and Welfare Secretary Matthew Cheung Kin Chung to be the guest host. Steven Ma Chun Wai who played Szeto Lai Shun in the television series was the special guest. Chilam stated, "I am very touched and very nervous, it's like I went back to 15 years ago." Ah Sheh also said that she was a little nervous. She even revealed that earlier at an audience appreciation event, she was very happy to see the audience in tears because the characters proved that they touched the audience.

Ah Sheh two nights ago received support from her mother and her sisters in the business. She said that she almost did not have a ticket for Mommy and even reminded her to bring tissues. She said that the film company could consider giving tissues to the audience. Later Ah Sheh and Chilam will be on a two week long Mainland promotional tour. Speaking of Chilam's wife and son, he explained that he only had a limited amount of premiere tickets so he gave them to his friends first. Later he will give tickets to his wife. As for more Mainland reality show for him, he said, "I have been invited but haven't signed any contract. So I don't have any news to announce." Reportedly Tony Leung Chiu Wai and Carina Lau Ka Ling will join the program. "I don't know yet."

Ma Jai revealed during the film's planning, boss Stephen Shiu Jr. called him. It was his birthday, but he asked him to shoot a "funeral photo" since he was already gone when the film started. Thus he hoped to be able to shoot a series of wedding photos for the story. Later nothing came of it. Instead director Patrick Kong (Yip Lim Sum) asked him to guest star as Ah Sheh's late husband. Ma Jai said, "Szeto Lai Shun appeared again after death, like Kwan Ho's fantasy or out of body experience to give Kwan Ho an encouragement and resolve her knot inside. (Will your appearance be 'seckill'?) It will be 'minkill', over a minute. (Did you get any salary?) I got a little lai see. Actually Ah Yat and I have known each other for 20 years, money doesn't matter."
Posted by hktopten at 8:02 PM