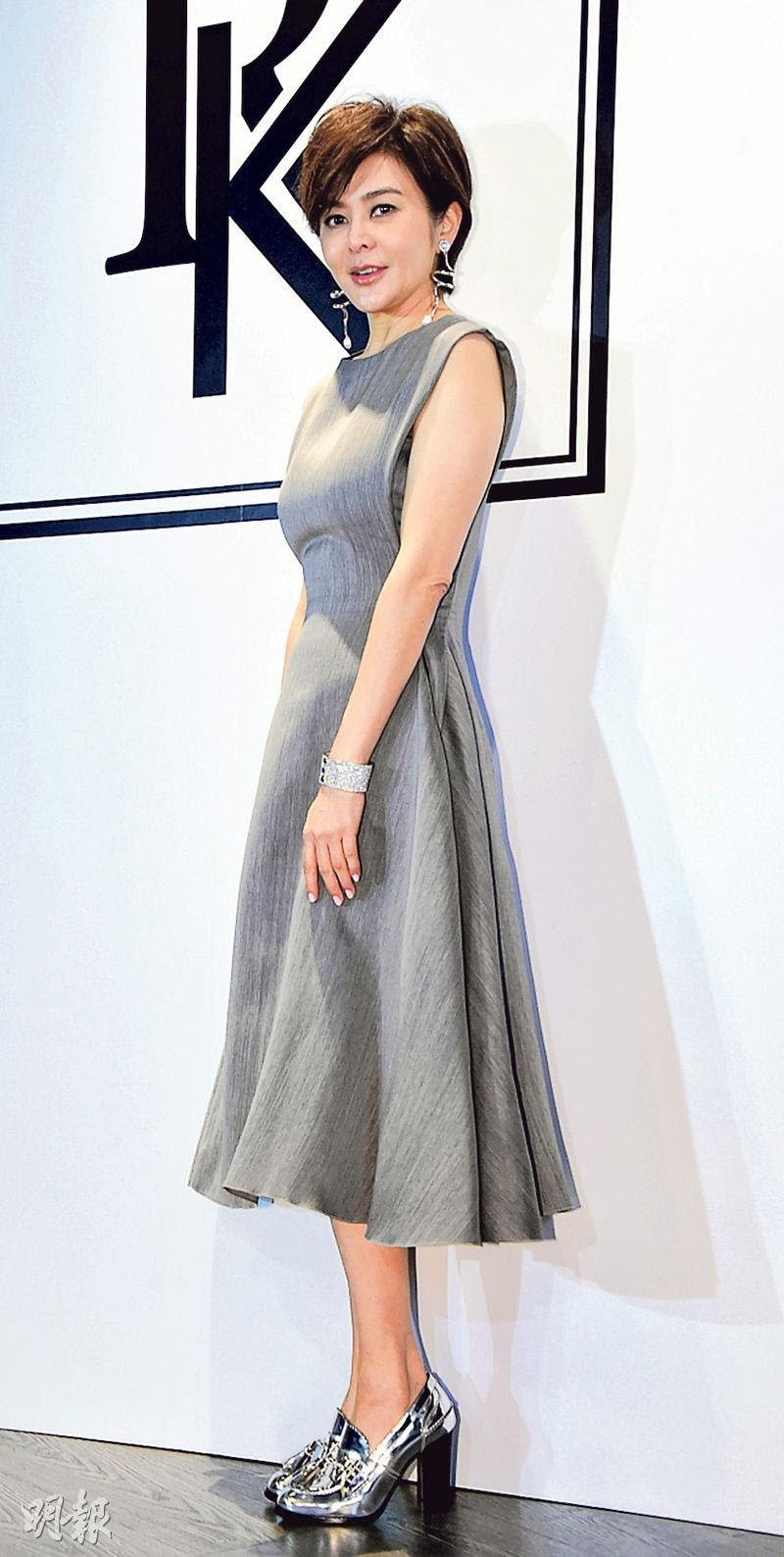 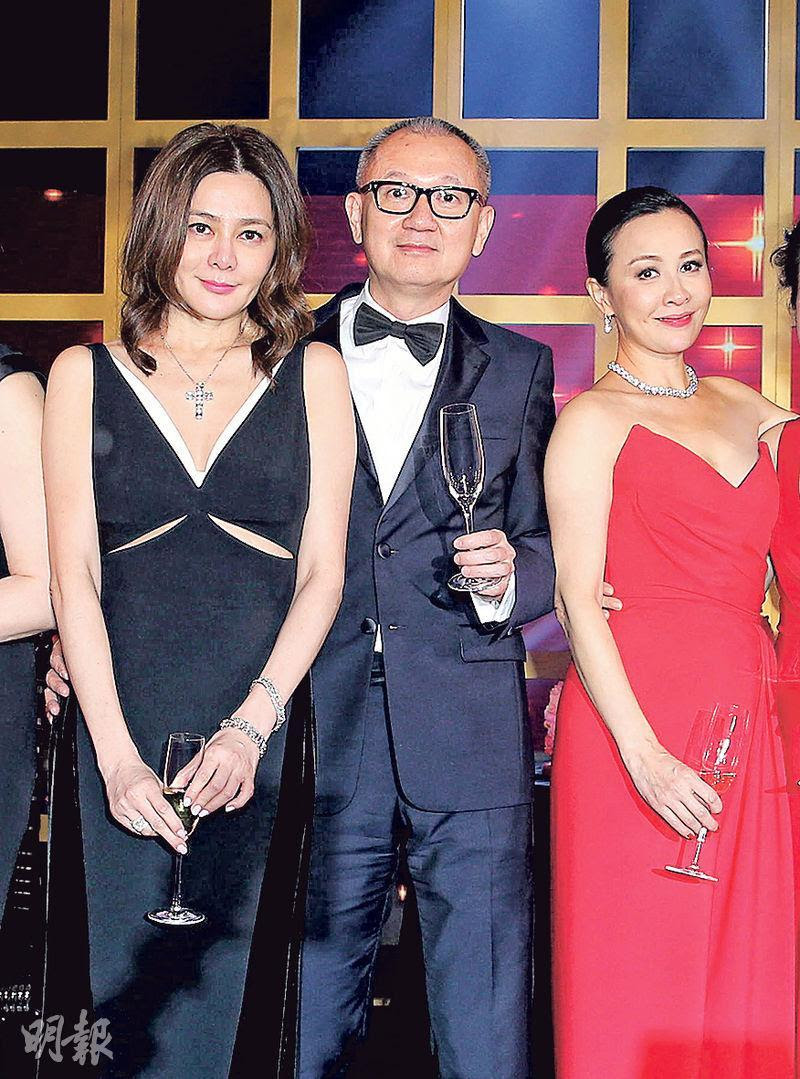 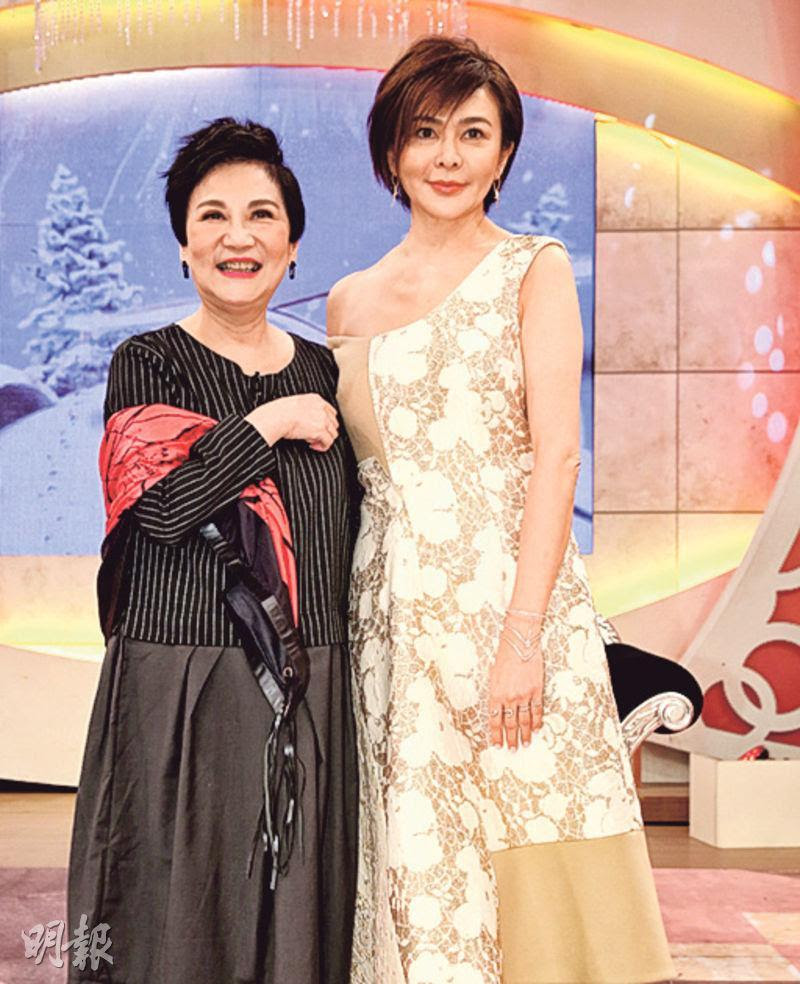 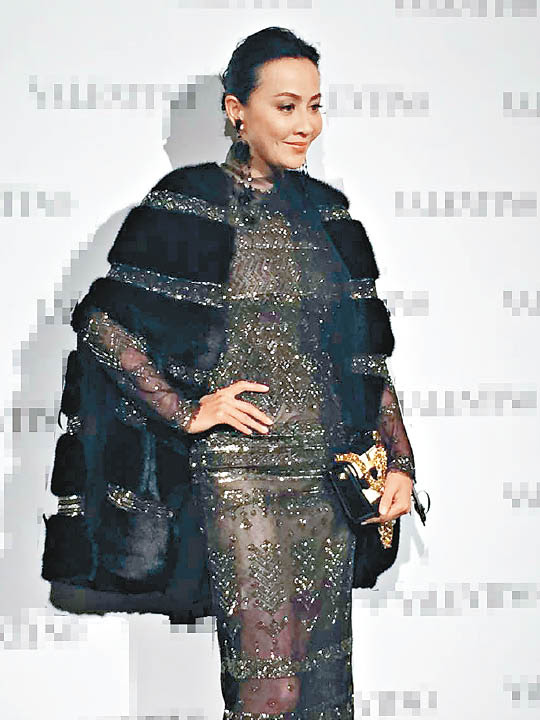 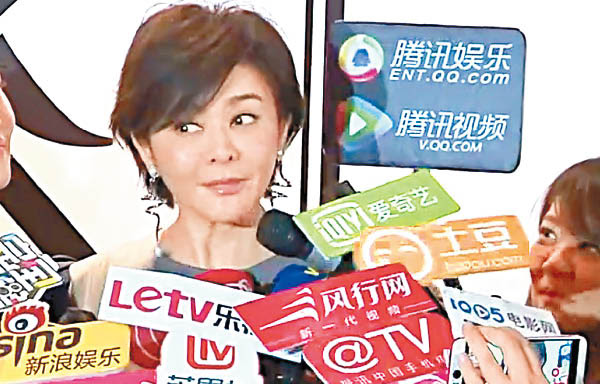 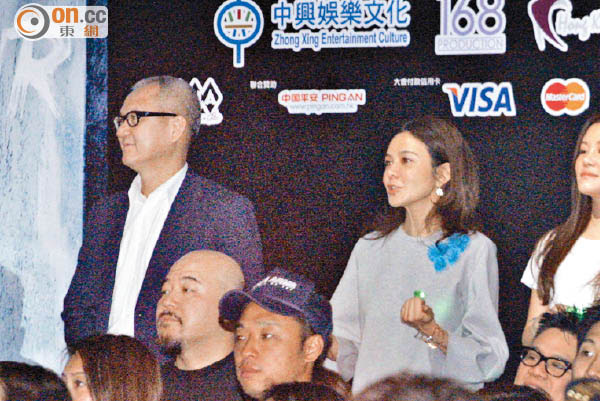 The 53 year beauty Rosamund Kwan Chi Lam has been dating Taiwan tycoon Pierre Chen Tai Ming for eight years and repeatedly rumored to be married. Earlier the media caught Chi Chi moving out of Chen Tai Ming's Hong Kong Old Peak Road's mansion, which gave rise to rumors of their break up. Two nights ago Chi Chi flew to Taiwan to promote her own skin care product yesterday; when asked about the rumor, she revealed, "We haven't broken up, we are divorced!" The news stunned the crowd.

Despite the divorce, Chi Chi yesterday still dressed up. Due to the recent break up rumors, reporters asked her if love was very important? She said, "Of course, I really need love, hahaha!" As for her current romantic status, she kept nodding and said, "Still good, still good!"

Would she and Chen Tai Ming become good friends again? Chi Chi's eyes widened and surprisingly said, "Actually we haven't broken up, we are divorced." The crowd went silent. A reporter went "oh" and Chi Chi continued, "Right! How should I say it? (Previously you were married?) Right, I don't want to say how long ago." As for the reason for the divorce, Chi Chi did not say much. She only said that now she is a great mood as she has let go. Then she said, "You have seen the news of the past week or two, they aren't children, they are already adults. They haven't thought about other people's feeling. That is that."

As for the news of the past week or two, people were reminded of Chen Tai Ming going on a hike with Chi Chi's friend Carina Lau Ka Ling. Perhaps the divorce was related to Ka Ling? Reporters asked if Chi Chi has many suitors now? She said, "Starting today!" As for her future companion, she had no condition as she would base everything on feeling. Will she consider marriage again? Chi Chi sighed, "Again?" However she admitted that she would consider it, to see whether she felt like it. Were she and former husband Chen Tai Ming still friends? She said that she would not answer that question.

Ka Ling last night attended a fashion event in Shanghai. When asked if she interfered in Chi Chi and Chen Tai Ming's marriage, she strongly denied it and said, "I only found out today that they are married. I don't want to comment on other people's relationship matter."

Chi Chi's friend Kenny Bee (Chung Chun To) was asked his friend's divorce. He admitted that he has known for awhile (marriage and divorce). Now the most important is for Chi Chi to calm down and find a man who loves her. Did Chen Tai Ming not love you? He said, "You have to ask her. (She seems to be mad at Ka Ling?) You have to ask her." Some said that Chi Chin hinted at being mad at Ka Ling, Ah B said, "Probably, it's her feeling! (Will you be their mediator?) How?"
Posted by hktopten at 2:51 PM