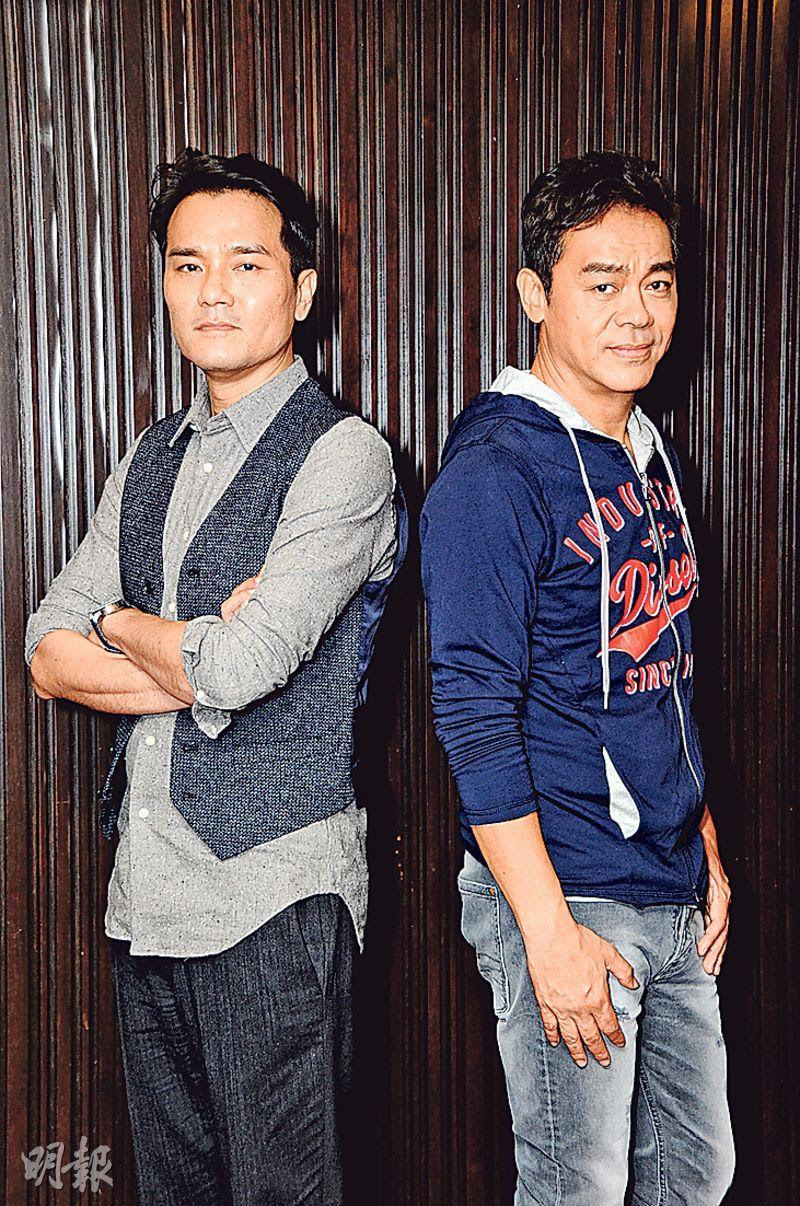 Sean Lau Ching Wan, Gordon Lam Ka Tung and director Law Chi Leung earlier promoted their crime film THE MURDERER VANISHES. Speaking of the film being postponed from the summer to the end of the year release due to post production, Law Chi Leung said that the film could not be measured in money, he could only say that the effects would make people feel that they were not done in Hong Kong. He also revealed that Ching Wan took the initiative and asked for scenes with two beauties Jiang Yiyan and Li Xiaolu. Ching Wan explained, 'Because this type of investigation films are very masculine, adding women would have more sparks and make it even more interesting." However in the end Ching Wan chose not to have either one. Law Chi Leung joked, "He is only a big deal when he dumps people!"

Ching Wan put a lot of effort into his look, aside from losing five to six pounds to make himself look thinner he also grew facial hair. He said, "I am very afraid of gluing on fake beard, so I have to grow a real one. (Did your wife accept it?) She said OK." Playing a drug addict Ka Tung also lost around ten pounds. "I had bananas and oatmeal, and only I had breakfast and lunch everyday." Ching Wan revealed that at work he mostly had fruit and oatmeal, he was afraid that anything too greasy would make him feel uncomfortable and affect his performance. Yet after the production began he has already returned to his weight. Ka Tung continued to be on his diet to stay in shape.

Speaking of Ka Tung playing a villain again, he said, "He isn't bad, he only wanted to eat better. This time I had no relationship scene but I really enjoyed working with Ching Wan." The film had its share of action scenes. The most memorable for Ching Wan was the train scene in the end and riding the horse upstairs during his escape. He said, "The horse isn't too brave, with any sudden move it would run to god knows where; however this time we used performance horses. It was very calm and steady with its footing. It gave me a lot of confidence and also reduced the danger. I had to carry the actresses, I really was worried that they would fall off." Ka Tung also said that the train scene was a lot of fun. Because he had to run with a limp it was very exhausting. In another archery scene he injured himself due to his inexperience. Ching Wan said that during the building jump he scratched himself a little. "This time the stunts were OK because we practiced and rehearsed them in advanced. When I got to the set the stunt coordinators would perform it once for him. The preparations were done very well. Thus the shoots were both safe and would not waste time. They weren't too tough, only that the temperature was high. Indoors with the lights the temperature reached 50 degrees Celsius, giving many people heat stroke. The doctor on the set even gave everyone a bottle of herbal remedy to prevent heat stroke.
Posted by hktopten at 7:51 PM