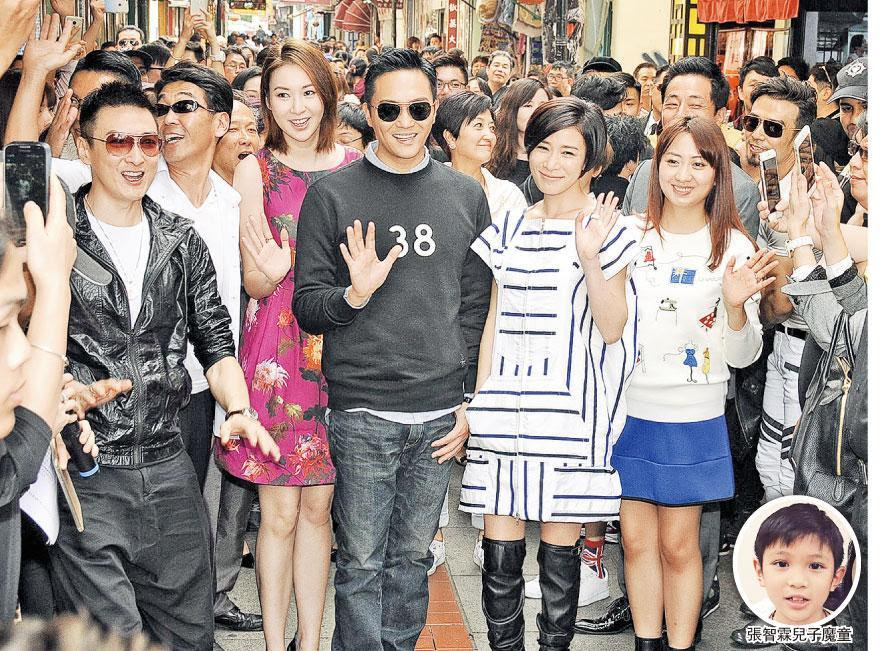 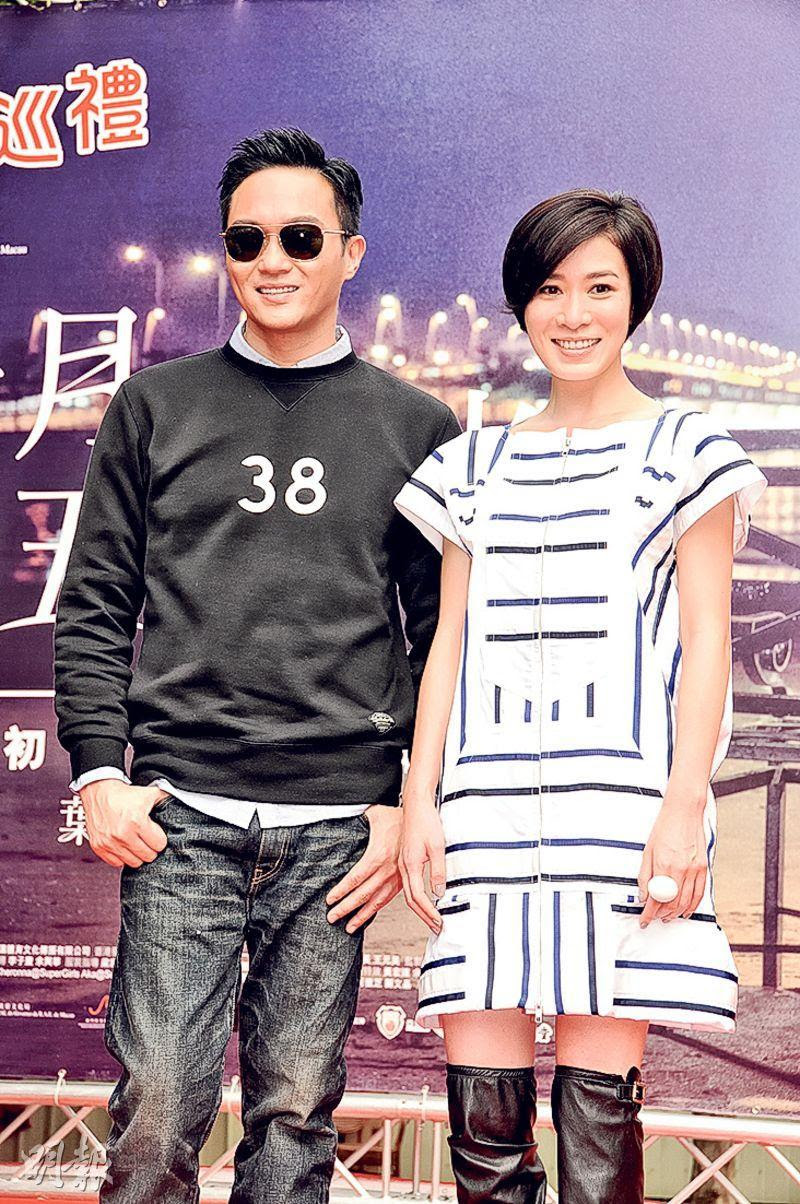 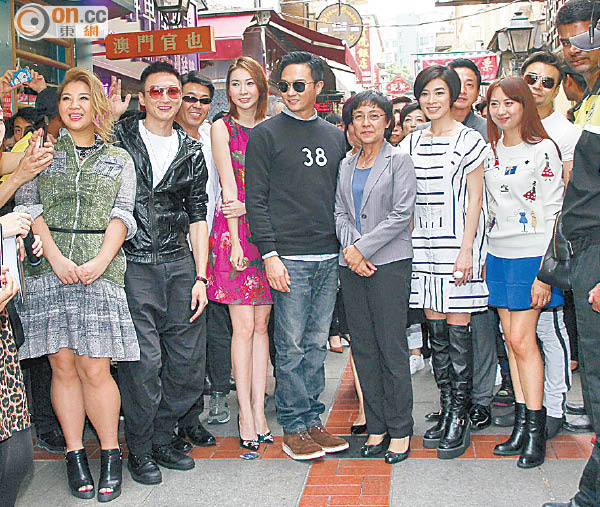 Julian Cheung Chi Lam, Charmaine Sheh Si Man, Nancy Sit Ka Yin, Michael Tong Man Lung, Joyce Cheng Yun Yi and others last night promoted their film RETURN OF THE CUCKOO (SUP YUET CHOR NG DIK YUET GUONG) in Macau. They marched down the streets with a dozen or so security guards. On the way a pedestrian fell. Then the group gave biscuits and posters to the crowd. Ah Sheh revealed that during the shoot she had to be thin to coordinate with the character's illness. Thus she was unable to pig out. She hoped that this time she would be able to eat like mad. She said that during the shoot the director also loved to eat. Chilam had to gain weight too. She could only hold back to one or two bites. How did she feel about the television series re-run? She said that she felt like she was like a Piggy bun, but in different stages she had different shapes. Her shape then was just right for the young role. This time her character was married and depressed, with a more mature impression. As for the difference of working with Chilam again after so many years, she admitted that there was no much different. They both grew up. The biggest difference was their character were able to speak in the film.

Chilam felt that Macau had a lot of meaning to this film. The entire story also took place in Macau. Did he feel sentimental in the years between the television series and the film? He stated that the difference was enormous. At the time he was single, now he is married and has a child; he also revealed that his son watched the television series on DVD and asked him why his character did not speak. His son probably inherited his sensitive and sentimental side as he cried during many scenes, for example when he first spoke again. Seeing his son's reaction, Chilam was very happy and cried with his son because he was sentimental too; his son has learned to sing the theme song and would share with him men's secrets and biological curiosity. He said, "I am very willing to listen to him. (Were you surprised?) I was, but I wouldn't show it. I would answer with facts. (Has he told you about girls he liked?) Yes, he only told me. (Did you teach him?) No, it has to depend on his own fate. No matter how many relationships he would have, he would have to treat the other well in every one."

Earlier he joked about euthanasia for his dog and angered people online. Did he feel that they were too serious? Chilam replied that he could not project his personal state of mind into his ability to accept. This was a valuable lesson for him. He would be more cautious with his words and not offend others.

Sister Ka Yin described the story of RETURN OF THE CUCKOO as very classic. The film was a continuation of the television series' creative crystallization. Speaking of working with Chilam and Ah Sheh back then, she said that at the time they were still kids. Now their acting was already well honed and came from the heart. Sister Ka Yin continued, this time she was very focused on the shoot because as soon as she appeared she had to cry; she joked that she only noticed several Macau actors were sweet on Yun Yi.
Posted by hktopten at 7:13 PM