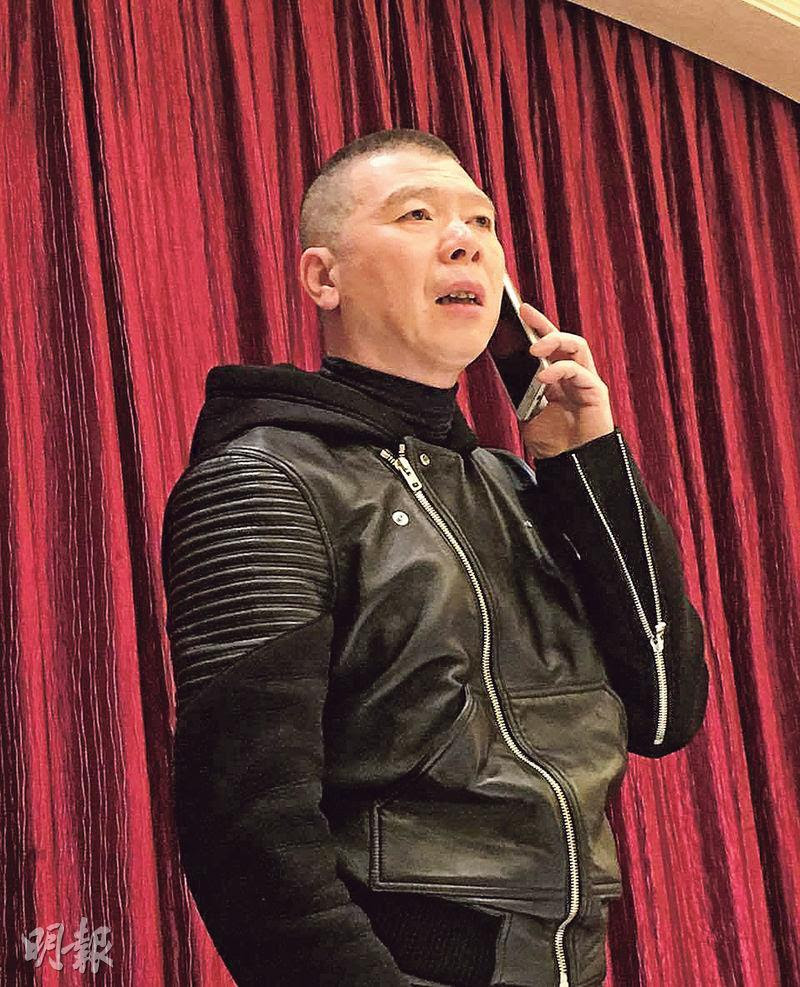 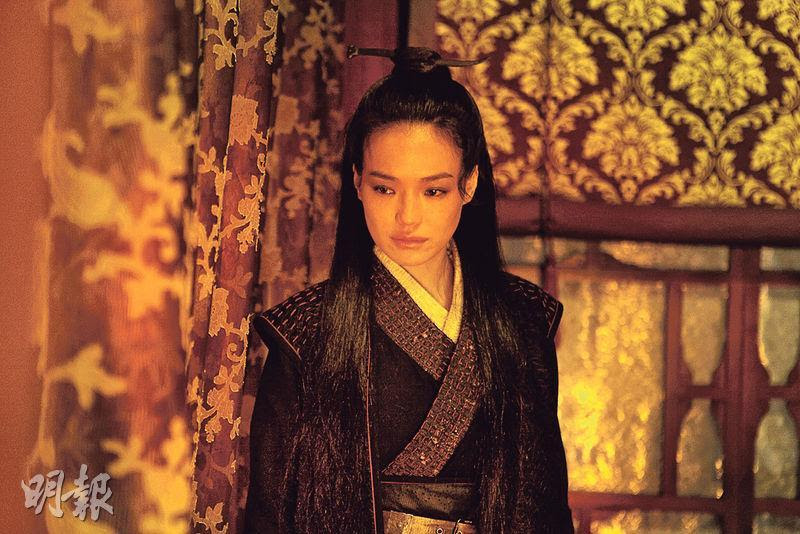 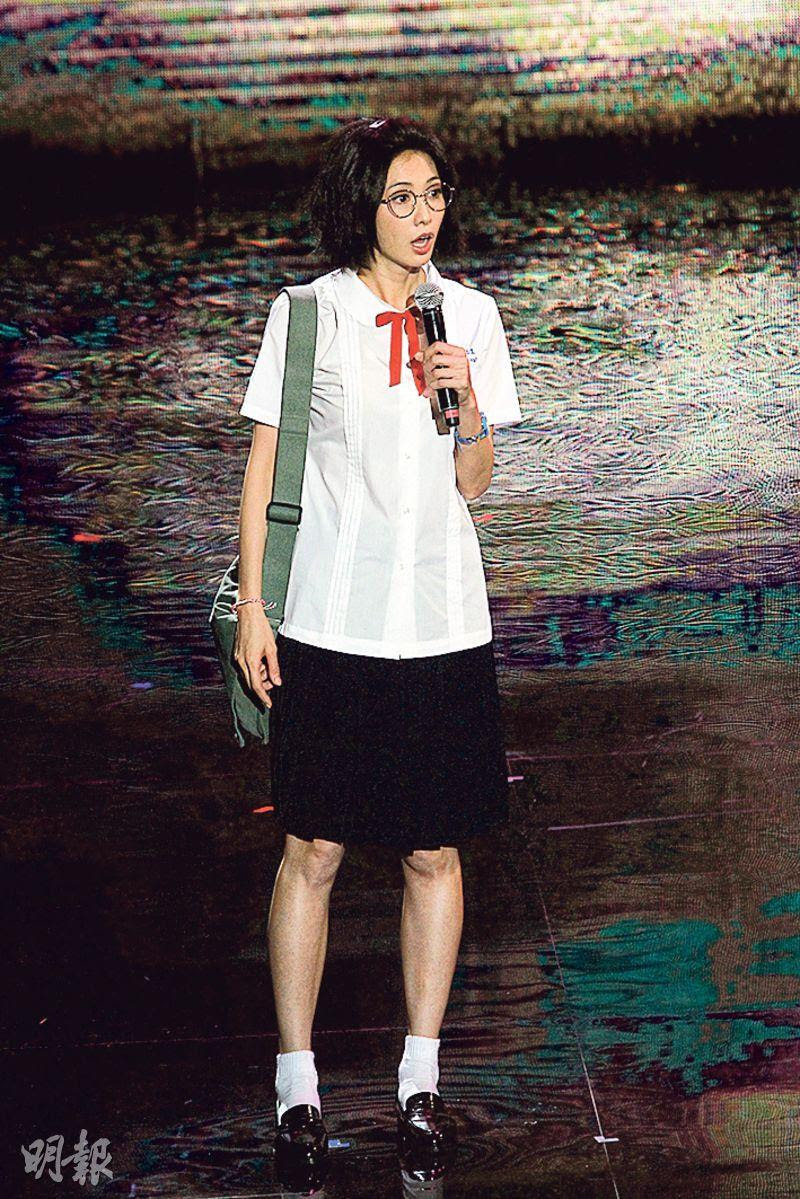 When the ceremony began, host Lin Chiling appeared in a school uniform as OUR TIMES' protagonist. She and fellow host Mickey Huang introduced the nominees. Mickey Huang later invited Darren Wang to the stage. Lin Chiling held his hand and asked, "How come you didn't grow up?" Darren Wang joked that when he grew up he would change into a different look, as Jerry Yan appeared on the screen. Chilin who was linked to Jerry Yan looked mad. Darren Wang asked, "How is this?" Chiling wonderfully pointed at him and said, "You, that works." Later OUR's lead actress Sung Yu-Hua performed the theme song LITTLE HAPPINESS. Rainie Yang and Eason Chan Yik Shun were guest performers as well and performed many classic film theme songs.

Director Hou Hsiao-Hsien won the Outstanding Taiwan Filmmaker of the Year award. Kevin Chu Yen Ping and Sylvia Chang (Cheung Ngai Ga) presented the award. Director Hou said that it was the first time he brought his wife to the Golden Horse Award. After making movies for such a long time, he only had one thought: he did so willingly. He said, "Making movies is my job, dream. Making movies requires strength, so I climbed the Yang Ming Mountain when I was young. Now I am already training hear my home." Later Director Hou won Best Director as well.

Hong Kong independent band Juicyning member Michael Ning (Bak Ji) with PORT OF CALL won Best Supporting Actor. Bak Ji not only thanked the director, the jury and the team but also publicly thanked lead actor Aaron Kwok Fu Sing. He said, "Sing Sing, thank you, I am nobody, I never thought about acting with you. You never looked down on me, instead you took great care of me and gave me a hand. You supported me by my side, thank you very much. With you around, I felt very peaceful. You brought me into character, but I forgot to ask you how to get out." He also thanked other actors in the film and his colleagues at the Performing Art Academy like Louis Cheung Kai Chung and Joey Leung Cho Hiu. He also thanked his parents and his sisters. He said, "My birthday was on December 5th, I gave my birthday wish to my family. We held hands and made a wish. Mama wished for a long time. If this was your wish, dreams come true." Elaine Jin (Kam Yin Ling) was moved to tears in the audience. Cheung Kai Chung, Kay Tse On Kay and others immediately left him well wishes online.

Taiwan actress Lu Hsueh-Feng with THANATOS, DRUNK won Best Supporting Actress. She accepted the award from Kwok Fu Sing and Karena Lam Ka Yun. When she got off the stage she was already in tears. She said that she was very grateful for winning with her second nomination. She said, "I am not BSing at all, I am truly sincere." She said that the happiest for an actor was to participate in a quality team with workers and a good director who would risk life and death with her and. She said, "Without Chang Tso-Chi, there would be no Lu Hsueh-Feng." She thanked the jury for having the courage to give her this award, because she only had four scenes in it and in two of which she did not speak. She also thanked the team, they deserved the most credit.

Best New Performer went to Best Actor nominee, THANATOS, DRUNK's Lee Hong-Chi. He said, "I am very happy that the Golden Horse Award was presented to me. I have watched the Golden Horse since I was little, I am very honored to win one. Even without it it doesn't matter." The audience choice film was MOUNTAINS MAY DEPART. The FIPRESCI Prize went to KAILI BLUES. The 92 year old Taiwan actress Li Li-Hua won the Lifetime Achievement Award. She appeared in a wheel chair. Jackie Chan went on one knee to present the award to her as the audience gave her a standing ovation.

Hong Kong animation MCDULL, ME AND MY MUM won the Best Animation Feature. The film's executive producer, Hong Kong Sunwah Group chief Dr. Jonathan Choi Koon-Shum stressed that the award did not come easily for MCDULL, ME AND MY MUM. This was the pride of the Hong Kong innovative industry and the results of Hong Kong filmmakers and animators' persistence and hard work. He stressed that Sunwah Group has been supporting McDull since 2006 because from this little pig the Hong Kong spirit of self reliance, never giving up and smiling in the face of adversity.

BEST ANIMATION FEATURE
MCDULL: ME AND MY MUM

BEST SHORT FILM THE DEATH OF A SECURITY GUARD