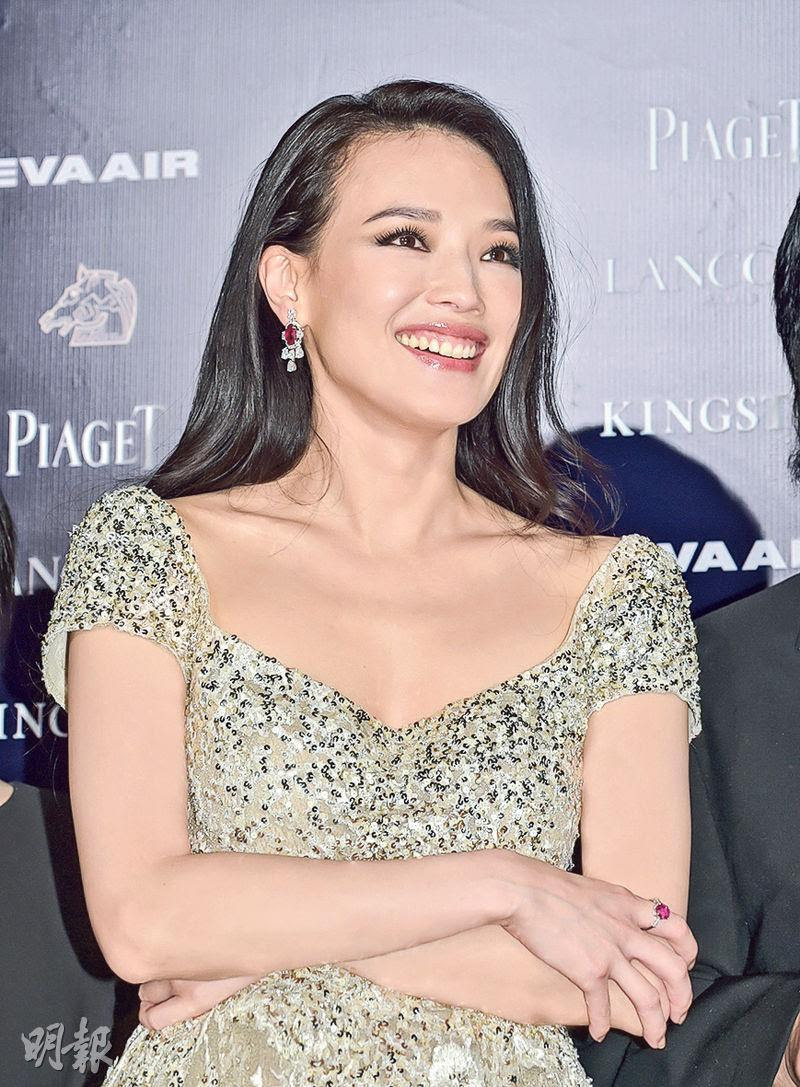 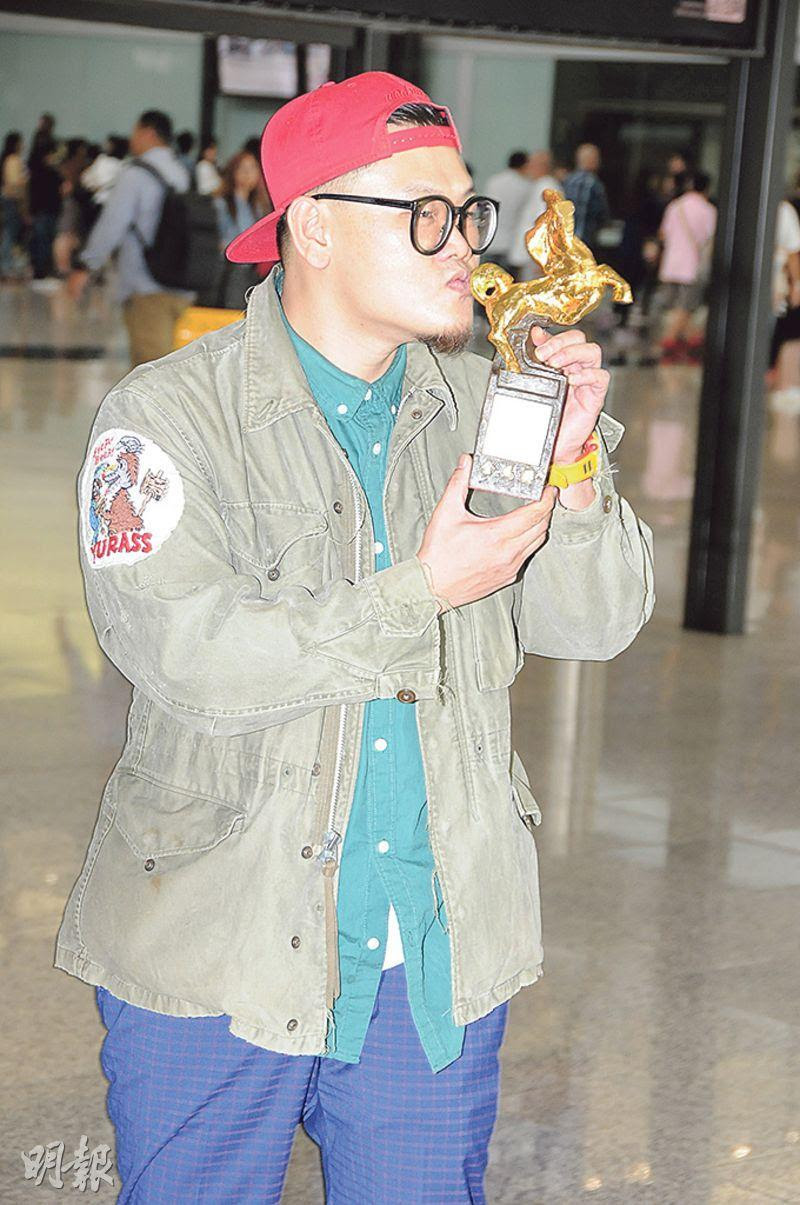 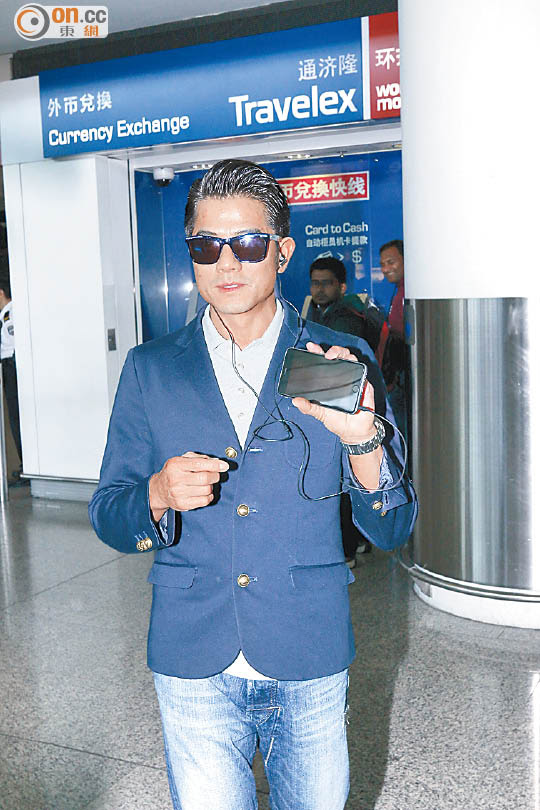 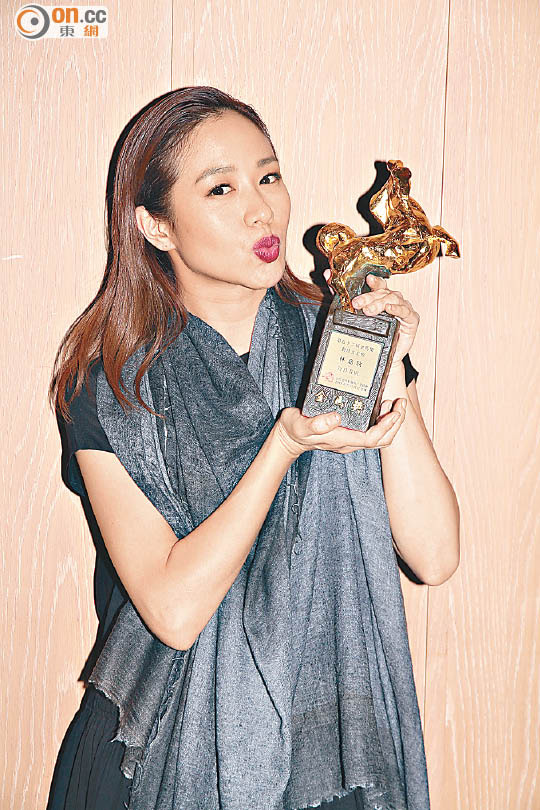 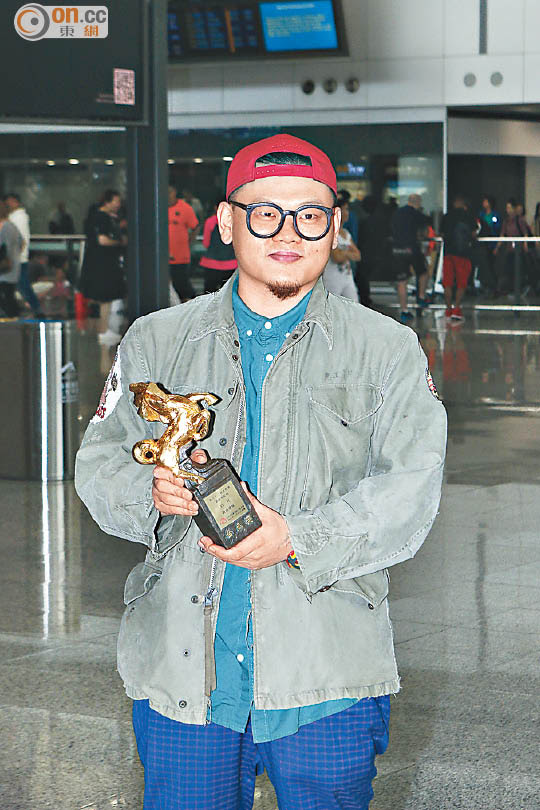 Ka Yun said that she once auditioned for Ang Lee but in the end she was not chosen and she became very down. Speaking of Ang Lee praising her performance, she immediately smiled. She revealed that originally she asked director Lin Shu-Yu to let her keep the award in Taiwan, because she went from Taiwan to Hong Kong to work on movies and did not seem to have anything that remained in Taiwan. However, the director in the end told her to take the award back to Hong Kong because she would definitely regret it. She described this award as a great encouragement but she would not raise her salary, because running into a good script and a good character were actually very hard.

Ka Yun won Best New Performer and Best Supporting Actress with JULY RHAPSODY (NAM YUN SEI SUP). Now she has won Best Actress, which made her the first person in Golden Horse history to win all three awards. Ka Yun said that she was very grateful and she never thought about go onto the stage to accept an award. She and her husband talked over the phone, but both daughters were already asleep. She told her husband to buy potato chips to celebrate with upon her return, because for the evening gown she quit having salt for awhile. After the celebration, Ka Yun returned to the hotel and immediately received many bags of potato chips as congratulatory gifts. Currently performing a concert in Tianjin, Dior Cheng Yi Kin, Jordan Chan Siu Chun, Chin Kar Lok, Michael Tse Tin Wa, Jerry Lamb Hiu Fung, Lily Hong Chi Nei and Wilson Chin Kwok Wai sent videos to congratulate Ka Yun. Ekin even revealed that Ka Yun's nickname was "Fat Yun" as he praised how talented she was.

Aaron Kwok Fu Sing returned to Hong Kong at noon, he looked at his phone as he walked. Actually he was watching the coverage of a Grand Prix race. Was he disappointed about not winning Best Actor? He said, "Why would I be?" He was happy for all the winners and said that he has been both on the jury and nominee, he understood each award ceremony well. Would he set his sight on next year's Hong Kong Film Award? He answered that he would treat it normally and would continue to make good movies. Later he asked reporters not to keep him from watching the race, because of movies he had to stop racing for two years.

Best Supporting Actor Michael Ning (Bak Ji) yesterday also returned to Hong Kong and left the gate with his film PORT OF CALL (DAP HUET CHUM MUI)'s director Philip Yung Chi Kwong. Bak Ji admitted that he was still emotional and felt that the award was very heavy. He said that he read the reports and saw the photo of him kissing the award and felt very embarrassed. He did not know why he would jump up. Later he realized that many people asked him to. For now no director has asked him to make another film. Speaking of his co-star Jessie Li (Chun Xia) was moved to tears in the audience when he won, did they have a relationship over the production? He said that Elaine Jin (Kam Yin Ling) also cried. Actually the team was very close. Sing Sing took great care of them.
Posted by hktopten at 7:59 PM