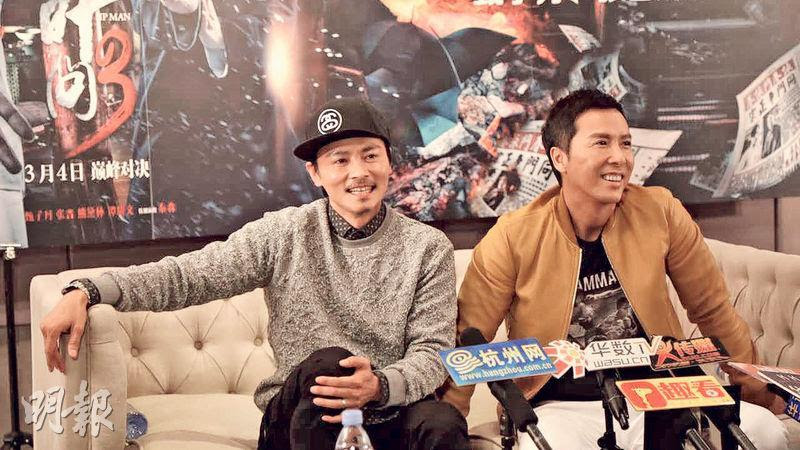 The Donnie Yen Chi Tan starred Hong Kong film IP MAN 3 recently officially opened in the Mainland and made 350 million RMB over two days. Chi Tan admitted that he would pick up the pace for IP's international distribution. Recently busy with his Hollywood film he has begun his hellish training to keep up with co-star Vin Diesel.

Chi Tan said, "I am very happy that so many viewers have shown their support. I always say that the audience has to like a movie for it to work. Honestly, this time IP's release date isn't all that great, I never expected that viewers would still remember to support the film at the movies despite work or school. I feel this good result is probably due to a group of loyal fans that IP MAN has already accumulated and the really great word of mouth. (What would you expect the Mainland box office will be?) I don't dare to say, but from the trend it shouldn't have a hard time with over 1 billion RMB. Today in Hangzhou, a 60 something granny came to support me after a several hour long car ride. She said that she has admired me for many years and I was very touched."

Speaking of IP MAN 4's preparation, Chi Tan said, "It definitely won't take as long as IP 3's preparation. Later I will grab director (Wilson) Yip Wai Shun and producer (Raymond) Wong Pak Ming to sit down and talk. I hope IP 4's distribution will be more international and attract more Chinese and overseas fans." Reportedly IP 4 plans to start production in the middle of next year for a second half of 2018 release. The story is already being looked at.