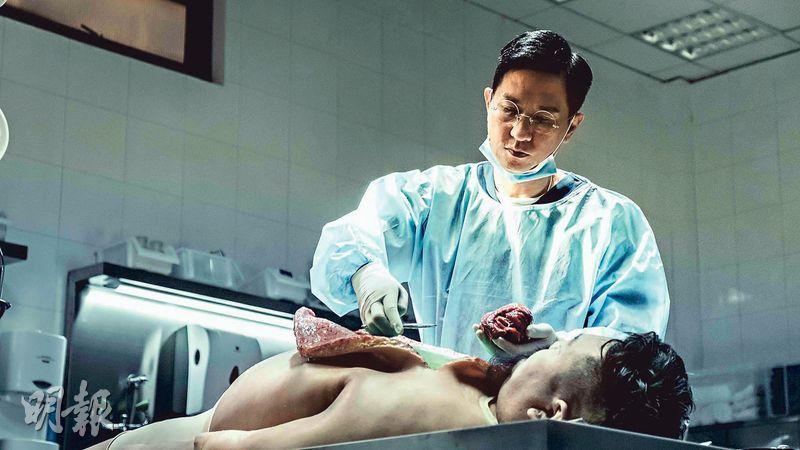 Nick Cheung Ka Fai in the action film BODIES AT REST (CHUM MUK DIK JING YUN) played a forensic scientist. In the film he and former co-star Sonija Kwok Sin Nei had a couple romance scene, but Kwok Sin Nei had to pay quite a price to be romantic with him. Originally they were on a walk but ran into robbery. Kwok Sin Nei in the film had to bust her head against the glass and shatter it. She was still shaken when asked about the experience. "I originally didn't think about any stunt, thinking that at most Ka Fai would be the one fighting and I would be cheering him on. I didn't expect that I would be the one with the stunt, as my head was bashed into the jewelry case window. I really personally performed the head butt through the glass stunt, I didn't use a stunt double."
Posted by hktopten at 7:44 AM