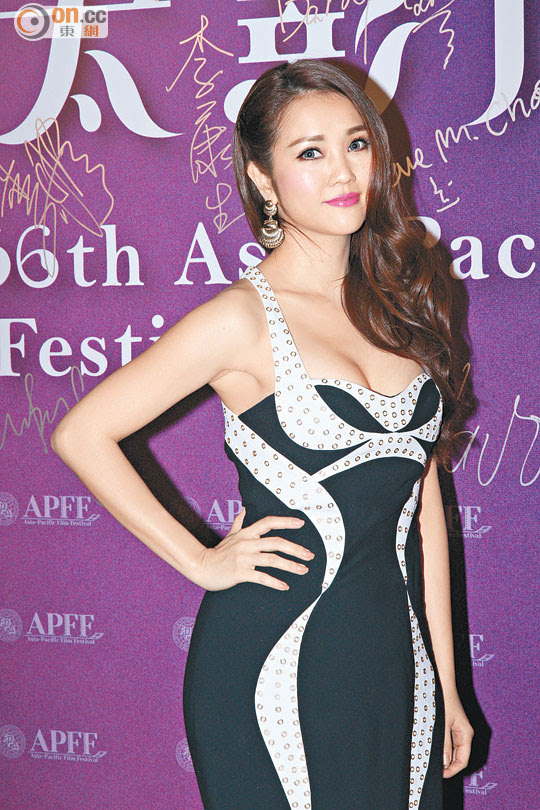 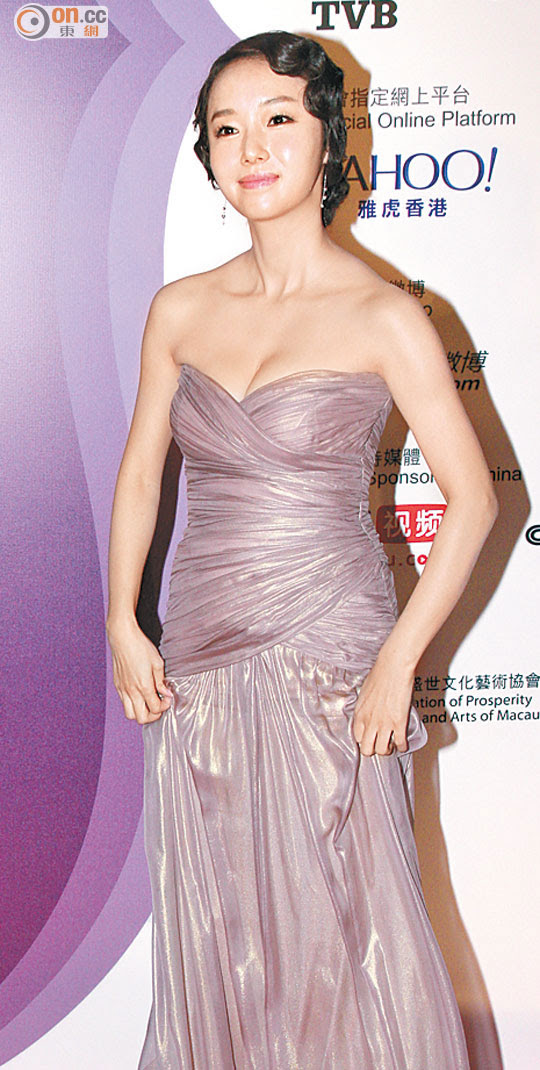 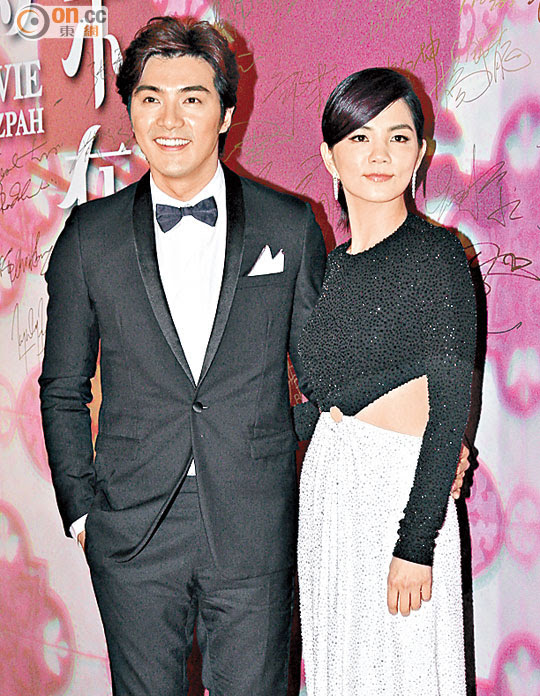 The 56th Asia Pacific Film Festival award ceremony took place last night at the Venetian Macau. Due to rain, the red carpet was moved indoors. The married Anita Yuen Wing Yi and Kay Tse On Kay were no less sexy than Elanne Kong Yeuk Lam, Taiwan's Kuo Shu-Yao and Korean star Lee Jung-Hyun. Zhang Ziyi appeared in red in the finale. Zhang Ziyi was caught with her "My King" Wang Feng in Zhuhai. Because two nights ago Wang Feng performed a concert there, she came to Zhuhai a day early to attend. They also appeared together and were not as reserved as before.

Last night Zhang Ziyi was asked about her Mainland media slander lawsuit. She revealed that she just returned from the U.S. and learned that they have reached an out of court settlement, which was the best and the most satisfying result. It mainly cleared her name. Winning the Asia Pacific Screen Award Best Actress in Australia earlier, she and Wang Feng walked shoulder to shoulder in Zhuhai yesterday and someone posted the photo online. Actually two nights ago Wang Feng performed a concert in Zhuhai two nights ago. Zhang Ziyi probably attended then went to Macau yesterday.

Last night on the Asia Pacific Film Festival red carpet, two married women Yuen Wing Yi and Tse On Kay stole the spotlight and were no less sexy than the younger artists; Len Len was asked if she had to let her husband Julian Cheung Chi Lam look over what she was wearing? She said, "I don't need to. He rarely asks me about what I wear, since he doesn't feel I am sexy anyway. Actually I want to wear a suit jacket with buttons, but my manager says not to change other people's design and to dress up out of respect for the event."

Kong Yeuk Lam said that she could absolutely go all over in what she wore for the film event. Previously she had to mind her image because she was a singer, now she is already 26 and being sexy occasionally was fine. Tse On Kay and Lee Jung-Hyun also pushed up for career lines. Tse On Kay said that she did not notify her husband Louis Cheung Kai Chung in advance and normally she rarely asked for his opinion; she joked that her husband had his own taste and sense for fashion, in addition his choice for a wife also showed his taste. JUVENILE OFFENDER Best Actress nominee Lee Jung-Hyun walked the red carpet with her co-star and Best Actor nominee Seo Young-Ju. The always busty Kuo Shu-Yao also did not stand out last night, DaDa Chan Jing also lacked luster with a conservative look.

Last night Fiona Sit Hoi Kei and Janine Chang had a fashion conflict, luckily they appeared at different times and avoided the awkward moment; however, Janine Chang had a more even figure than Sit Hoi Kei. Thus with the same piece of clothing she stood out more. Soler stole the spotlight alternatively as they attended with their wives. The younger brother even brought his son.

S.H.E.'s Ella (Chen Chia-Hwa) yesterday attended the Asia Pacific Film Festival as a guest performer despite her grandmother's passing in the morning. She still professionally walked the red carpet with Mike He. Ella revealed that she called her sister as soon as she arrived in Macau and learned that their grandmother passed away in the morning. Ella said, "I miss her, but it feels very curious. I just saw her for the last time yesterday, and today she passed away. However, this is a process that I have to experience in life!"
Posted by hktopten at 1:19 PM