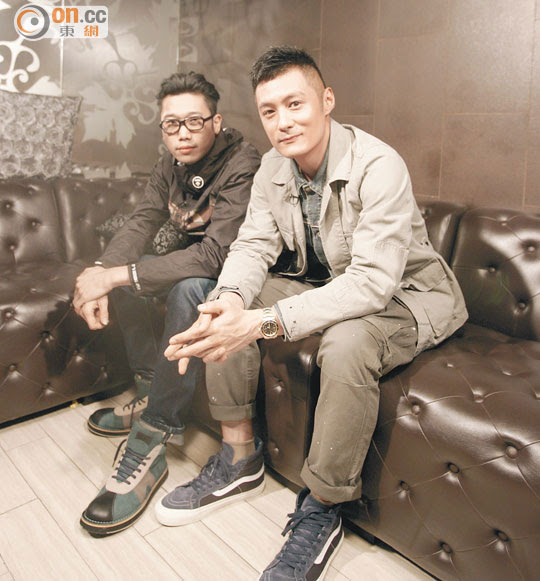 Shawn Yue Man Lok earlier promoted his new film AS THE LIGHT GOES OUT (GAU FOR YING HUNG) with director Derek Kwok Chi Kin. Lok Jai's good acting gave him hope to be a Best Actor, but Lok Jai was not in a hurry. Aside fro avoiding others from feeling that he was not worthy of an award, he also revealed that he wanted to become the second Sean Lau Ching Wan. "Once I went to the Hong Kong Film Award, that year Lau Ching Wan won Best Actor. When the guest presenter made the announcement, everyone got up with a very happy, joyous, and proud feeling. At the time I thought, 'What are you doing? Hasn't he won many times! Why are you so happy?' Actually it was his first time. He has already reached a very high place a long time ago, he was only missing an award. I feel if I can be like him it would be great."

Lok Jai talked about his scene with a child. Lok Jai though that the child in the film looked just like him. "When I was little I was like the child in the film, I spent very little time with my parents. Later we lived together. My aunt raised me, so my impression of Papa is very blurry. Everyone have a little gap. At the time I wasn't very obedience, always talking back. After I grew up I value family more and more."
Posted by hktopten at 1:00 PM