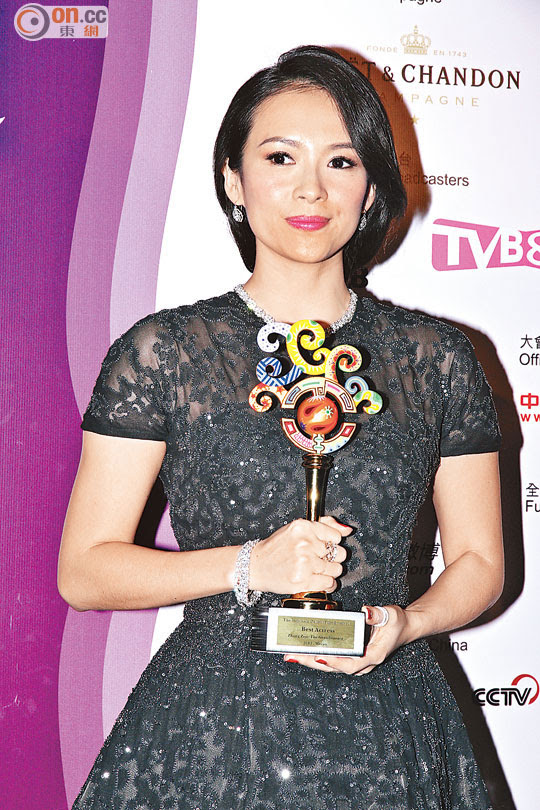 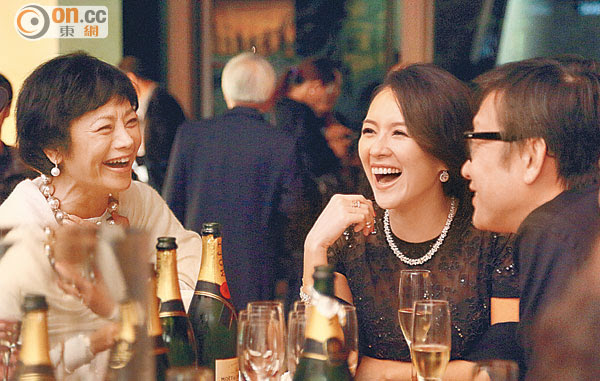 The 56th Asia Pacific Film Festival two nights ago came to an end. Fresh out of the oven Best Actress Zhang Ziyi was in great spirit and even hug Eric Tsang Chi Wai. She stayed for 15 minutes and left. Planning committee chair Chi Wai was pleased with the results. "This year we invited many high quality jury members. The discussions lasted 5 to 6 hours, 3 more than expected. In addition each had ample reasons, thus everyone felt that they have learned a lot."

Speaking of the same Best Actor and Best Actress as the Golden Horse Awards, Chi Wai said, "Big productions would catch people's attention, but they would pay attention to small budget production's difficulties. Since outside jury members gave the awards to Lee Kang-Sheng and Zhang Ziyi, they must have their reasons."

Speaking of Tony Leung Chiu Wai and Nick Cheung Ka Fai's defeat, Chi Wai joked, "That's why Wai Jai didn't come! Both THE GRANDMASTER (YUT DOI JUNG SI) and UNBEATABLE (GIK JIN) are action films. When I dined with the jury I asked bout them, this genre was at more of a disadvantage and scored less than dramatic or emotional scenes." He said that after two Asia Pacific Film Festivals his mission has come to an end. The jury quality has been elevated and participants could win without attending.
Posted by hktopten at 8:34 PM