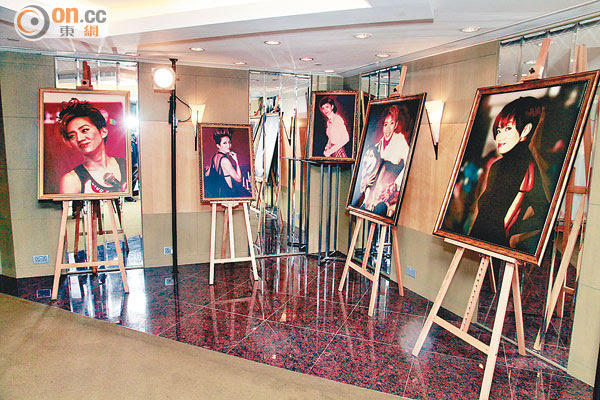 The Anita Mui Yim Fong International Fan Club yesterday held an "Our Anita Mui Collection" exhibit in Wanchai with free admission. The exhibit displayed many of Sister Mui's valuable items like jewelry, watches and costumes. The fan club also sold bus models, calendars and other memorbilia to raise fund. Fan club president Ms. So said that the items came from fans whom won their bids at the auction and loaned them for the exhibit. She said, "Among the exhibit items jewelry was more expensive. I spent 120,000 on one of Sister Mui's watch. If Sister Mui will have a permanent museum in the future, we will gladly donate all of the items."

Ms. So pointed out that earlier the fan club's internal oil painting auction raised a lot of fund to rebuild a school in Sister Mui's name in the Mainland mountain area. "This year we open in Gansu the third Anita Mui elementary school. The memorbilia sale is also to raise fund for school rebuilding." Did the fan club invite Mother Mui to visit? Ms. So said, "The exhibit is open and free, anyone can come."
Posted by hktopten at 1:37 PM