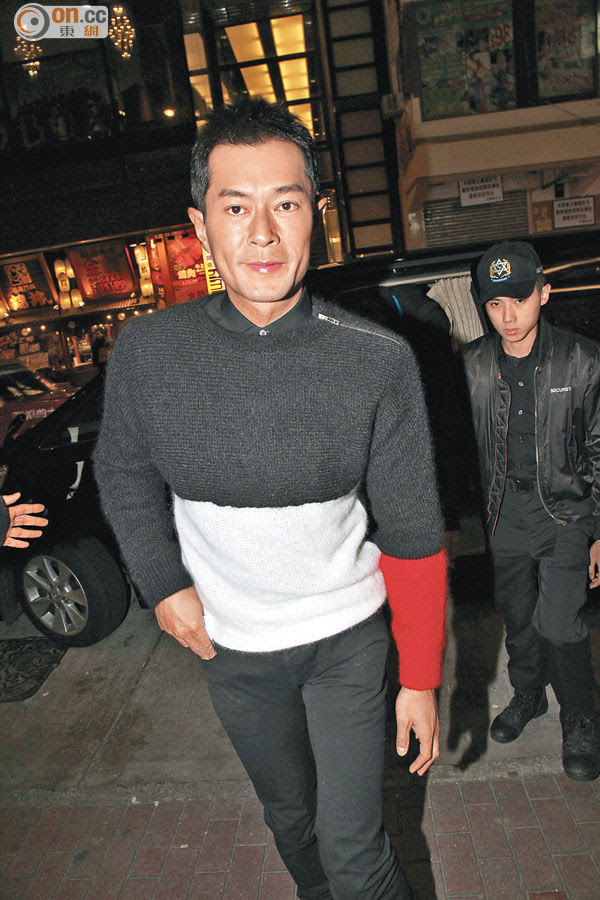 Goo Jai said that he had to because the film box office was too ideal. He even asked the boss not to just treat them to dinner but to a vacation that went as far as possible. However before going on vacation the team could not wait to celebrate with a dinner. Two nights ago after two audience appreciation events, Goo Jai and director Chan Muk Sing went to a hot pot casserole shop on Cameron Road in Tsim Sha Tsui. Actually boss Daneil Lam SIu Ming already booked the entire second floor. Over 200 workers attended.

Goo Jai was the first to attend and caught up with the team. Later when Director Chan Muk Sing arrived he said that he was not treating. It was the boss' treat. He even said that he did not know who would attend. The other two leads did not appear. Later Ken Low Wai Kwong, Lo Hoi Pang and other actors arrived.
Posted by hktopten at 4:18 PM