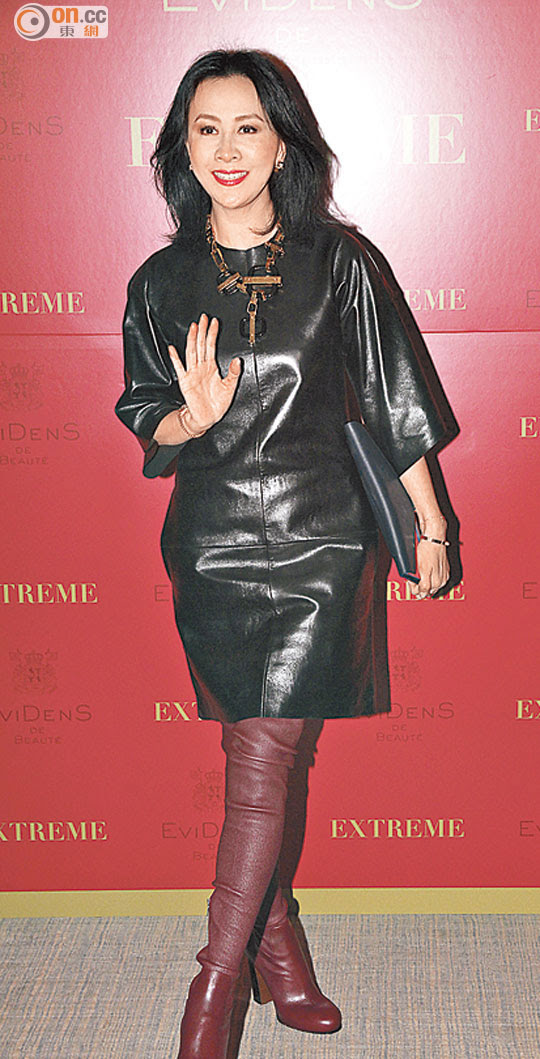 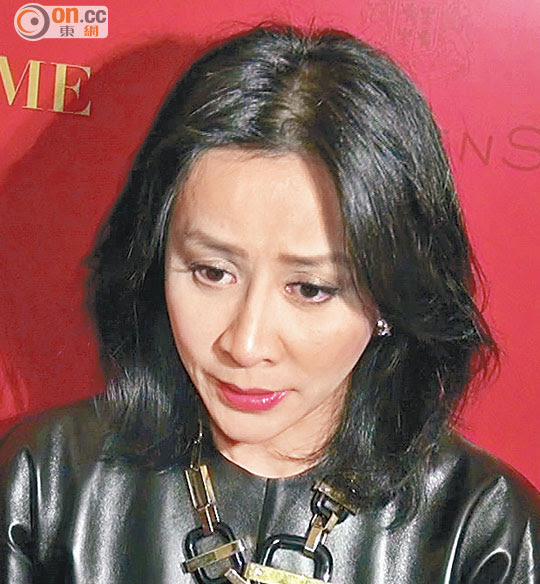 The 50 year old Yammie Nam Kit Yin for over 10 years due to emotional disorder has been in and out of hospital for psychiatric treatment and behaving strangely. Last month she was rumored to be "missing". Yesterday a magazine claimed that it received an incomplete video of Nam Kit Ying's Putonghua media interview, which mentioned her stating that around 30 years ago two film industry big brothers raped him. One of them has already passed away, and the location was in Singapore with another. She also said that those two painful experiences have caused her physical and psychological harm. In the interview she mentioned that she attempted suicide by cutting her wrist. Nam Kit Ying's good friend Yeung Man Lei stated that she has heard Nam Kit Ying mentioning being raped, she was very upset each time that she talked about it. Carina Lau Ka Ling was shocked to hear about Nam Kit Ying. Although she was unclear about the matter so she had no comment, but she was still teary eyed as she said that she was very worried about Nam Kit Ying's condition.

Nam Kit Ying was once known as the "prettiest on the five station hill", but due to emotional problems her performance career was hindered. At the end of last month she suddenly was rumored to be "missing". Her friend Yeung Man Lei was able to contact her and confirmed that she was safe.

Yeung Man Lei earlier in a 2008 Mainland media interview revealed that Nam Kit Ying told her about a very famous show business boss raping her. Yesterday a magazine said that it received a video of a Putonghua media interview that Nam Kit Ying did. Nam Kit Ying in a restaurant answered questions in Putonghua. The content included her slashing her wrist to attempt suicide years ago and her claim that two film industry big brothers raped her. One has already passed away and the other one got drunk, got a key, snuck into her room and raped her when she was visiting a film set in Singapore. She suffered severe damage physically and psychologically.

Yeung Man Lei said that years ago Nam Kit Ying has mentioned the rapes to her years ago. Each time she talked about it she was very upset and was unwilling to mention the rapists. In recent years she has not mentioned them again. She also did not know when Nam Kit Ying did the Putonghua interview. She said, "Actually I haven't seen her in two years, last month when she was rumored to be missing and I called her. At the time she was very mad and told me not to talk about her with the media anymore. She also told me not to call her and would call me if she had any need. Now I don't where she lives. Originally I wanted to recommend her to make a series in the Mainland, but she turned it down. She said that she was working. I don't know why she is mad at me either! I was very worried about her, years ago she had a benign tumor in her uterus and she refused treatment. I took her to see a Chinese medicine practitioner, after one visit she refused to go again."

Lau Ka Ling was in the same training class as Nam Kit Ying and fellow "Nine Dragon Girl" member. Last night she attended a friend's new store opening. She said that she has not read about Nam Kit Ying's rapes. Instead she asked reporters, "Was it her most recent interview? Have you interviewed her? (Do you believe that film industry big brothers raped her?) I haven't read it, I have no comment." She looked worried as she tearfully said, "I am pretty worried about her condition, I hope everyone can extend a helping hand to her. I contacted her a long time ago, at the time I already sensed that her physical condition was poor. Now I can't even contact her, only finding a little about her occasionally from (Eric) Tsang Chi Wai and (Michael) Miu Kiu Wai; but nothing substantial because Nam Kit Ying seems to have retreated from the world. (Would you like to talk to her?) I leave it to Tsang Chi Wai, he is a master and has ways to resolve matters. He can talk to her. Other people might not be able to get into her world."

Lau Ka Ling has not seen Nam Kit Ying in years and only heard about her from newspapers and magazines. Ka Ling said, "In training class she was an excellent student, she was a very pretty girl. Now seeing her like this, I feel unhappy and upset. I hope she will get well soon." Ka Ling was a little ill because of the poor Mainland weather and lack of sleep. On the 8th she just celebrated her 48th birthday. She said that she celebrated from the 3rd to the 13th and cut a cake everyday. Her husband Tony Leung Chiu Wai was unable to spend it with her but he got her a gift. They talked on the phone everyday. Did Wai Jai send flowers overseas? She joked that it was the least he could do.
Posted by hktopten at 2:37 PM