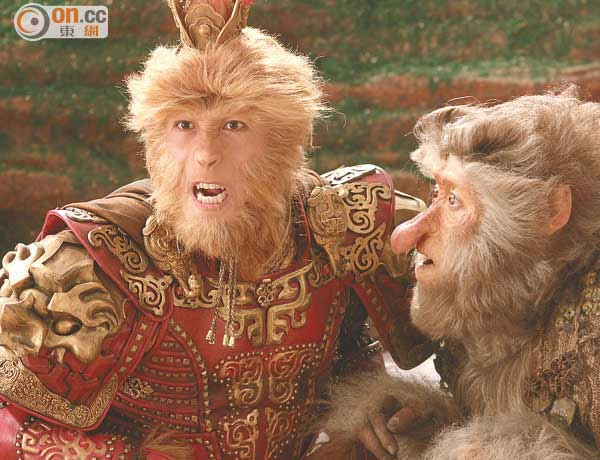 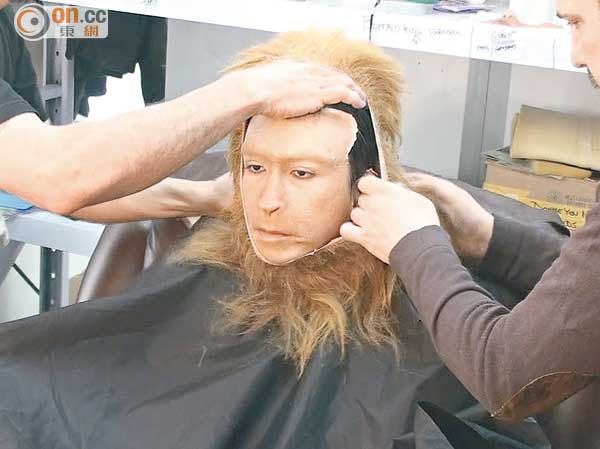 Donnie Yen Chi Tan, Aaron Kwok Fu Sing, Joe Chen Chiao-En starred film THE MONKEY KING (SAI YAU GEI ji DAI LAU TIN GUNG) will be released on January 30th during the Lunar New Year golden slot. Yen Chi Tan in order to bring Sun Wukong to life went through 5 hours of make up everyday. His forehead, sides of his nose, chin, and fake ears all used silica gel. He also needed animal spots to be airbrushed on his hands and face. Yen Chi Tan said, "After makeup, you can't see Yen Chi Tan at all. It's great. This time I play a monkey, so I have to feel like a monkey. Otherwise it's just Yen Chi Tan with a staff, a human played pretty monkey king."

Yen Chi Tan admitted that this production was very tough. Aside from the false teeth that kept him from eating, the long time in the make up chair also gave him back aches. He said, "The chemicals that were used to remove the makeup was too strong, after two days I had to let my skin rest for a day. However I didn't have any time off because I was the action director. I had to watch the other team of actors' stunts. I was so busy I needed more of me." No wonder after the shoot he stressed many times that it was too tough. As soon as he heard playing Sun Wukong he immediately shook his head!
Posted by hktopten at 2:36 PM