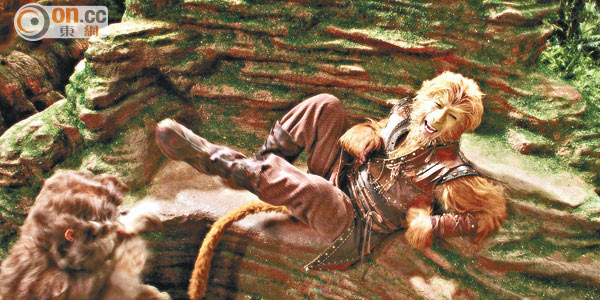 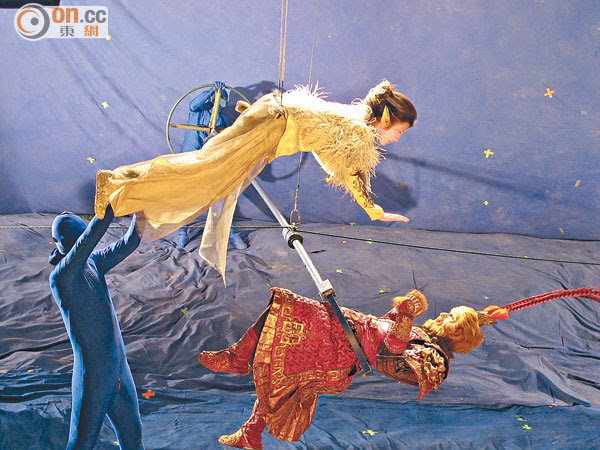 In THE MONKEY KING (SAI YAU GEI ji DAI LAU TIN GUNG) Donnie Yen Chi Tan was the star and the action director. He imported the "kung fu ring" from the U.S. to make the monkey even more agile and interpreted the spirit of Sun Wukong's 72 transformations. Playing the Jade Emperor, Chow Yun Fat has seen Chi Tan's performance and repeatedly said how amazing it was! Bull Demon King Aaron Kwok Fu Sing even praised Chi Tan's Sun Wukong stunts as crisp and clean like moving clouds and flowing water.

Yen Chi Tan wanted to break through past Sun Wukong impressions that viewers had. Aside from imitating monkey behavior, he also asked the film company to purchase a set of "kung fu ring". This "ring around the waist" broke through the limitations of wires as he was able to perform the 360 degree flips at will on the ring. Chi Tan said that this ring not only coordinated with Sun Wukong's leaps and jumps but also fought freely with the Jade Emperor player Fat Gor. When gods filled the sky he was able to move with ease.

Sun Wukong's mid air run with the Dragon Horse, or standing in mid air atop the Golden Bound Staff to meet the heavenly troop with his 72 transformations are scenes that people would look forward to.
Posted by hktopten at 5:51 PM