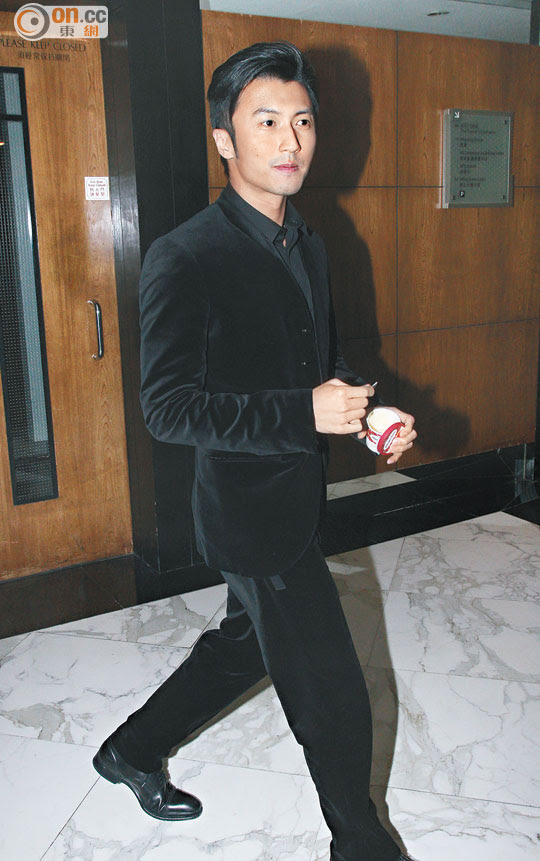 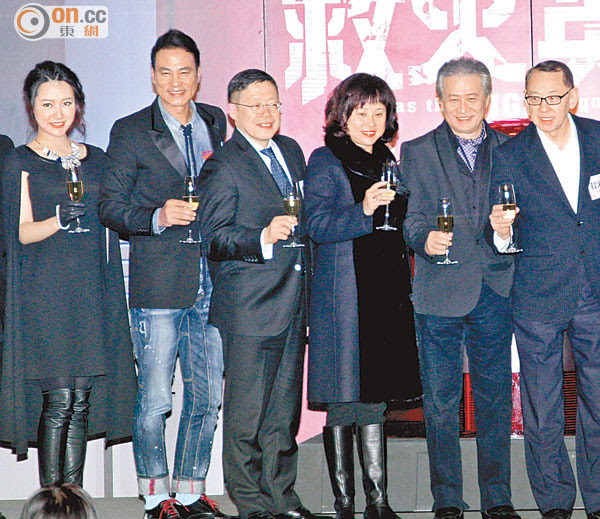 Emperor Motion Picture AS THE LIGHT GOES OUT (GAU FOR YING HUNG) two nights ago held a premiere. The film cost HK$150 million and director Derek Kwok Chi Kin spent half a year on research. Many thrilling scenes in the film were the effort of the cast and the crew. For the best result, actors like Nicholas Tse Ting Fung, Shawn Yue Man Lok, Simon Yam Tat Wa, Hu Jun and others all insisted on performing many dangerous stunt scenes. Tse Ting Fung had to withstand nitrogen rushing toward him in the ending "dust explosion" scene, and the force exceeded 100 pounds! During the shoot he had to "stand still", Ting Fung still insisted on performing the stunt himself despite how difficult and dangerous it was.

Other "life risking" actors included Yue Man Lok, Yam Tat Wa and Hu Jun. They were injured during the shoot for their troubles. Yue Man Lok during a fire scene pulled his back. Hu Jun injured his shoulder during wire work. Yam Tat Wa said that he injured his gluteus medius muscle. Everyone gave their all to make the film. Yam Tat Wa said that injuries were inevitable in large scale scenes. The film company also provided the most perfect arrangements, with doctors and chiropractors on site as heavy insurance policies on the actors!

The production team's hard work touched the film company boss Albert Yeung Sau Sing, who yesterday decided to give away 5 million when the film's Mainland box office reaches 200 million RMB and 1 million when the Hong Kong box office reaches 20 million. With the film's cast and production, the goals were easily attainable. For fairness, Yeung Sau Sing decided that the prize will be left to Emperor Motion Picture executive Albert Lee and director Kwok Chi Kin to distribute to each team member.

Director Kwok Chi Kin and the actors were rather happy to hear about the cash prize. Tse Ting Fung thanked the boss and stated that team put a lot of blood and sweat into the production, the prize will encourage them. Kwok Chi Kin joked, "With good box office performance, I hope the boss would let me make a few more movies. Then even more people can benefit."

After the premiere the group attended the after party. After watching the film Yam Tat Wa complimented the film was "super entertaining" and revealed that Qi Qi as he expected would be moved. Yam Tat Wa said, "It's very touching, my wife was very moved." Yeung Sau Sing smiled and gave a thumbs up when he was asked about the film.

Many artists attended the after party as couples, like Deep Ng Ho Hong and girlfriend Sherman Chung Shu Man. Hu Jun and his wife also attended. Hu Jun even said that the film was the most touching film that he has seen in the past ten years. Having just announced her pregnancy, Bai Bing and her model husband Ding Yi attended. Ding Yi attentively held his wife by the shoulder, and Bai Bing said that she would not drink. "I would only have coffee." Ting Fung said when asked about the film, "Now I am going in for post game analysis." Yue Man Lok said, "I really like it."
Posted by hktopten at 5:29 AM