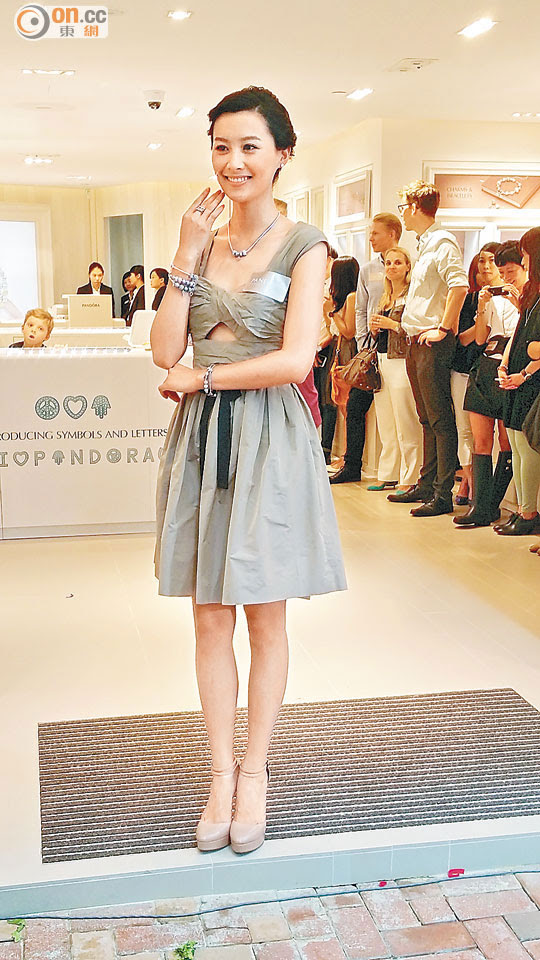 Fala Chen yesterday attended a jewelry event. Fala said that lately she has been working on the film SUN BEI BO JONG (MYSTERIOUS TREASURE) on the Hailing Island in the Guangdong province. Next week she will return to the production, which will wrap up after a month.

Fala said that the shoot on the beach was very hot. With the lights on the set and cloth everywhere, the temperature was estimated at over 50 degrees. Did she suffer a heat stroke? She admitted that she did a little, so they could not shoot for too long. As soon as the lighting was ready she would rush into the cloth. She has never been so hot. She joked that although the shoot was difficult she treated it like a weight loss program. She also several pounds so she was in good shape.

In the film Fala played a pirate and had to darken her tan. She said that the coloring provided a thick layer against the sun so she was not much tanner. In the film she also had stunts. Earlier she injured her neck, when she returned she had to see a doctor and have physical therapy. However she still felt that it was well worth the effort because the result was very pretty and cool. As for TRIUMPH IN THE SKIES THE MOVIE (CHUNG SEUNG WON SIU) she said that due to scheduling conflict she would not be able to make it.
Posted by hktopten at 12:57 PM