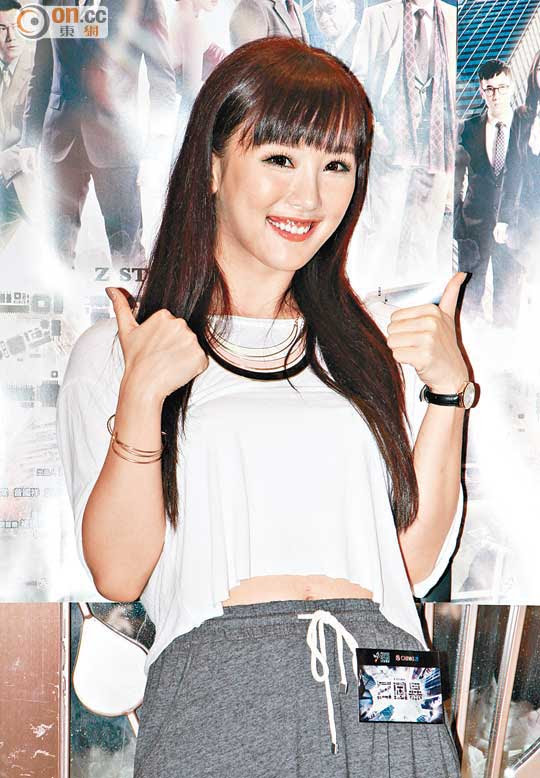 Louis Koo Tin Lok, DaDa Chan Jing starred in the new film Z STORM (Z FUNG BO). Last Thursday when it opened in Hong Kong it immediately became the single day box office champion. As of yesterday it made 5 million at the box office. Boss Raymond Wong Pak Ming last night celebrated with the cast. Goo Jai is working on the Ringo Lam Lan Tung directed new film BO JAU MAI SING. In it his stunt double was in critical condition after a car crash stunt. Goo Jai who just returned from the Mainland said that the double has already left the intensive care unit, but in the future he will still long term therapy and rest. He said, "That scene had to be taken in one take straight, not only did it involved running into the street and getting run over by a car, it also had a bridge and a boat jump. (Are you worried about further accidents when you will personally perform later?) I only take the mark when all the marks have been tested. Actually for some of the dangerous stunts, the director wouldn't let me perform them personally either."

Z STORM was DaDa's first film on her comeback. She said that at first she had a lot of stress, later she gradually relaxed and was able to perform at her best. As for her current love life, she said that she was interested in someone. He was an industry outsider. They have gone out to dinner and movies and were still getting to know each other. Was he that financial genius in the rumors? DaDa sweetly said, "He is just a working stiff."
Posted by hktopten at 8:58 PM