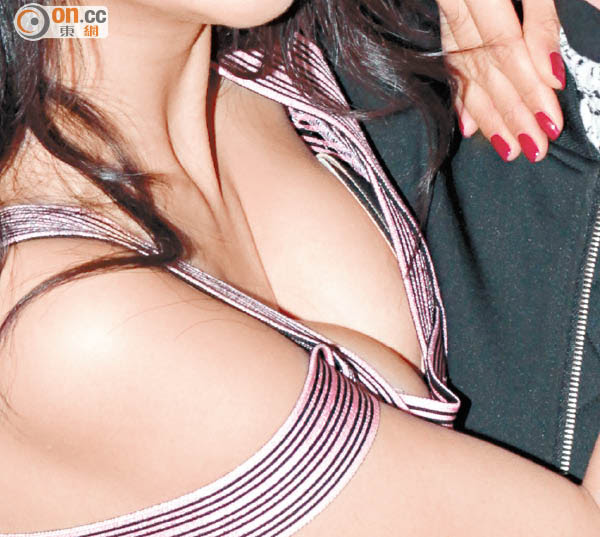 Dominic Ho Ho Man, Connie Man Hoi Ling, Leslie Lam Lei Han, Iris Chung Choi Yi and Hazel Tong Chi Yui yesterday promoted their new film THE GIGOLO 2 (NGAP WONG 2) on the streets of Mongkok. When Dominic had to pick up both Leslie and Connie at the same time, Leslie showed her "double layer pads" as she absolutely was pushed up to her max!

Dominic hoped that the new film will pass the first film's HK$ 8 million box office record and even stated that if it will he will post his skinny dipping video online to thank the audience. Unfortunately he failed to invite Connie, as she only promised to cheer him on in a swimsuit.

Speaking of the daring performance in the film, Connie pointed out that she felt awkward when she saw her own performance. "It was more exaggerated than I imagined, some friends after seeing the trailer called me and told me it was amazing. It was very extreme and very sexy. (Are you afraid that your family will see it?) Yes, I told my parents not to come to the premiere yet. Let me watch it first so I can prepare them mentally." Leslie also said that her parents are more conservative, she was afraid that her performance would frighten them.
Posted by hktopten at 8:56 PM