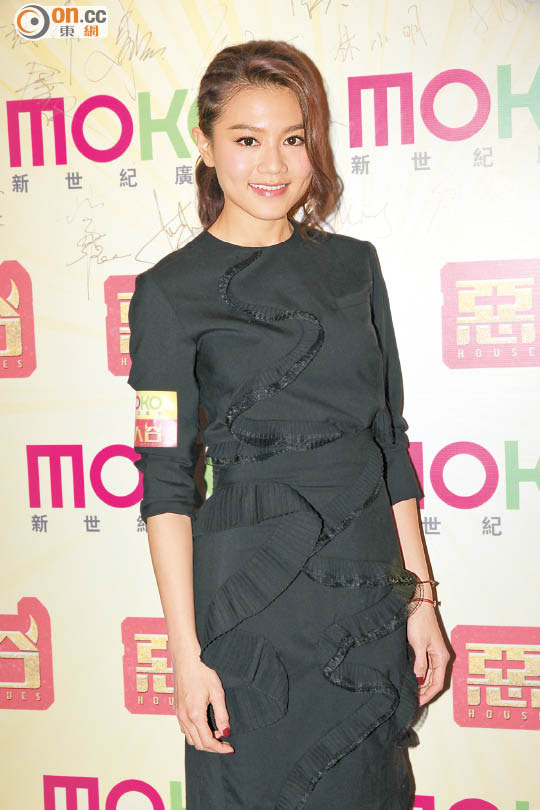 Chun Yu and Ronald are both fathers, they said that this film was suitable for the entire family. Yet Ronald said that he would not take his daughter. Because his daughter always asked questions, he did not want to bother other people. Chun Yu said that the premiere was not convenient for him to bring his son. Later he will take him. Did his son always ask questions? He said that he would not. When his son was at the movies he would enjoy the film himself. Sometimes he had no idea what his son was laughing at, as they had different definitions of humor. As for the box office, Ronald pointed out that last year Hong Kong had little to laugh about. He hoped that everyone could laugh for two hours; Chun Yu also said that this film was a rare authentic Hong Kong film and he hoped that everyone would support it.

As for the Lunar New Year plans, Chun Yu said that a group of friends will pay him a group visit at home. They will include Ronald, Dayo Wong Tze Wah, Sandra Ng Kwan Yu, Cheung Tat Ming, Sam Lee Chan Sam and others. Will Anthony Wong Chau Sun and Sean Lau Ching Wan attend? Chun Yu said that Chau Sun did not know how to play their poker games, and Ching Wan would come a little later; he also said that he will cook abalone and oyster for his friends. He pointed out that normally he would not play Lunar New Year visits to the director or other people, so his friends would come to his home instead.

Sister Na said that this time she only guest starred for a day and played herself. Director Kok Tak Siu praised her as a stone faced comedian. Sister Na pointed out that this time was the third time that she worked with Ronald but they did not have many scenes together. She hoped that next time they would be able to have more; she also said that she really would like to make a comedy, but first she had to learn to hold back her laughter. Since she was playing herself, did she have to wear something sexy? Sister Na said that the director watched out for her and did not require her to wear anything sexy, only jeans and Lunar New Year clothing. The shoot was very comfortable.

Sister Na originally planned to go to Japan for a hot spring trip with her family during the Lunar New Year. She even booked the flights and hotels, but in the last minute she would have to work in the Mainland. Now only her family will go. Would her Mainland job cover her family's vacation? She said, "I have to put in a little more."
Posted by hktopten at 8:07 PM