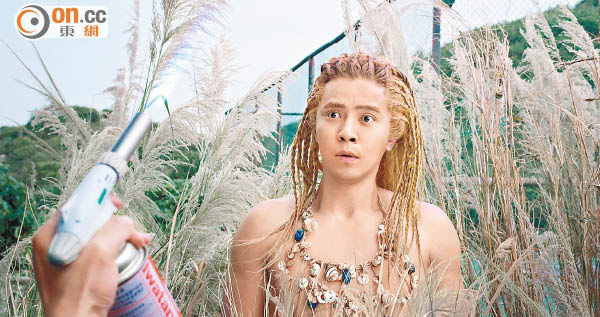 Sing Yeh is very persistent with his film quality, stressing that "expression was the most important". He reminded people the classic idea from KING OF COMEDY, "There is a variety of expressions". Sing Yeh in the past has said in some interviews, "An actor can only play one role in every film. When I direct, I am playing every character in the film."

The actors expressed their emotional journey after this KING OF COMEDY TRAINING CLASS. The Octopus Law Chi Cheung said, "In order to reach the director's score I have to perform several times. They were hard but a lot of fun." Working with Sing Yeh again, Zhang Yuqi felt that Sing Yeh gave actors an infinite challenge. The "best painter" who appeared as a cop, Leung Sheung Ching even said, "We learned a lot from the director, thank you!" Whether Sing Yeh was pleased with each actor's performance, when the audience saw Sing Yeh cracking up behind the monitor they would have some idea.
Posted by hktopten at 1:38 PM