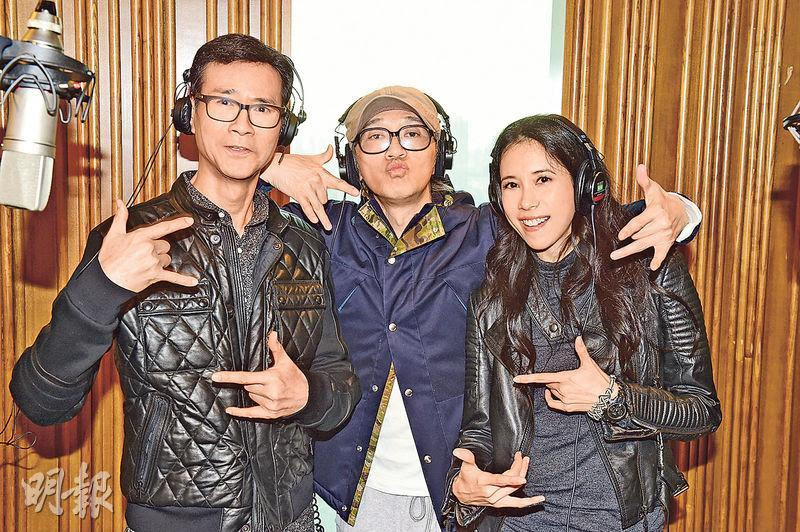 Stephen Chow Sing Chi, Adam Cheng Siu Chau and Karen Mok Man Wai earlier recorded a song for the film MERMAID (MEI YUN YU), a remake of the classic song YOU ARE STILL THE BEST IN THE WORLD. Chau Guoon and Karen sang the song, during the session Sing Yeh's singing bug acted up and he joined the recording session. He harmonized with the "Hoo! Ha!" and even sang and danced with Chau Guoon.

After the recording session, Sing Yeh asked the duo how his performance was. Chau Guoon replied with "flawless", which pleased Sing Yeh as he said, "Thank you". Karen sweetly said, "Actually did you choose this song to tell me something?" Sing Yeh who was once linked to her in rumors said, "That's right that's right, you finally understand this big concept!" Karen said, "So you finally get it? Although you are a little later." Chau Guoon celebrated the box office success in advance. "The movie with the song can't be topped, it will make 3 billion no matter what!" Sing Yeh's eyes widened. "3 billion? Which currency are you talking about?" They both said, "American dollar!"

Some said that MERMAID has signed a 2 billion box office guarantee with five major Mainland distributors China Film, Longteng, Lianrui, Hehe and Enlight. In other words the producers could get the box office proceeds in advance. After the final box office exceeded that amount, the distributors would get first crack at the profit. Yet when the Mainland media asked the companies for confirmations, they all said that they could not reveal anything yet.
Posted by hktopten at 5:45 PM