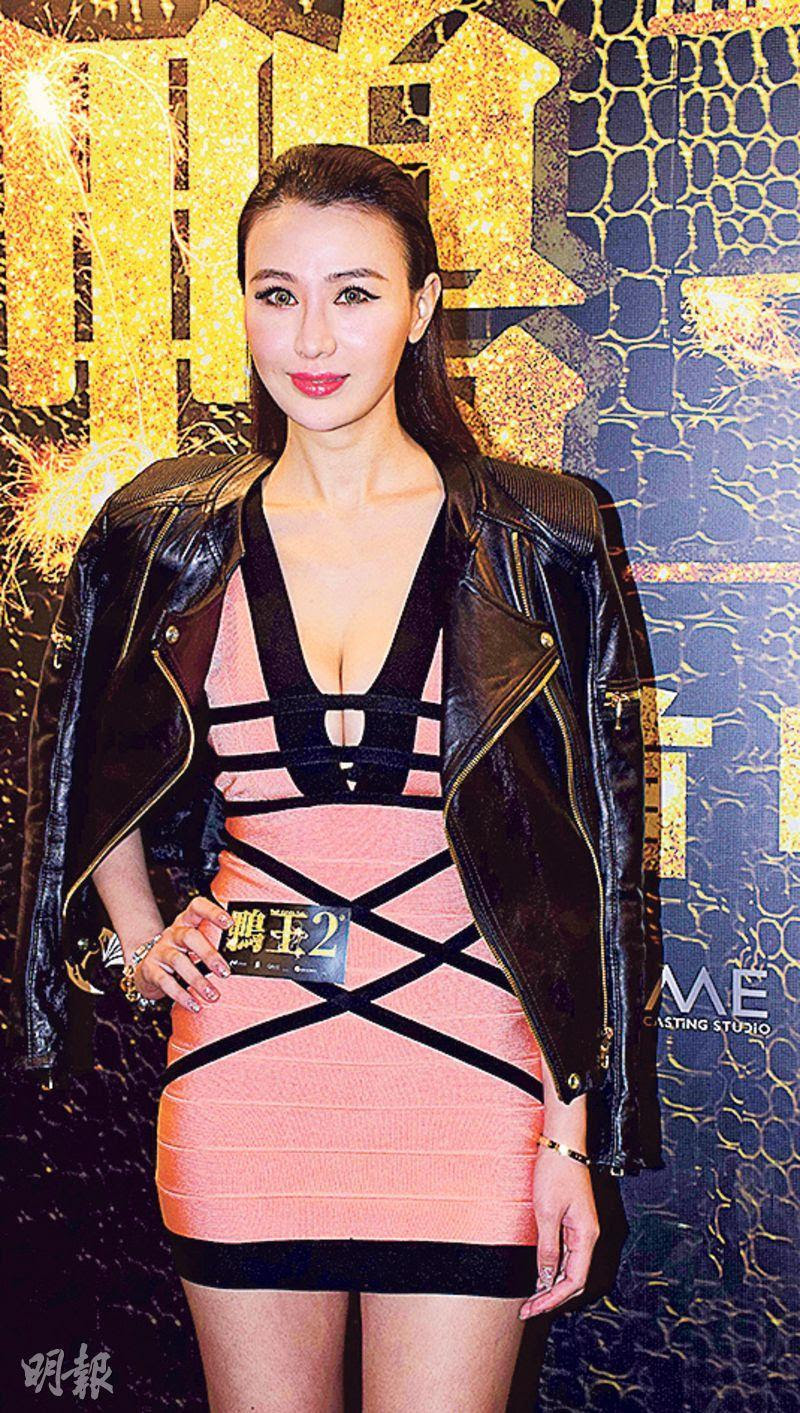 Lead actor Man Hoi Ling praised Chung Choi Yi for how she dressed. "Even if you put me in her dress it wouldn't have the same effect, so there is no need for me to embarrass myself!" She also revealed that in the film she had a S and M scene with Tony Ho Wah Chiu and Winnie Leung Man Yi. She was tied up and felt like a big crab. "It was very awkward and very rough to be tied up. I finally understand why the big crab would spit up bubbles." Was she worried that her future boyfriend would mind her daring performance? Man Hoi Ling said, "Many people who saw the trailer thought it was very extreme, very exaggerated, I hope that in the future I will be able to find a mature guy who wouldn't mind, who will understand that this is just work."

Chung Choi Yi explained that she only dressed provocatively for the film premiere to coordinate with the film subject. "Let everyone enjoy it a little!" She also revealed that she too had a S and M scene, which was her most daring performance yet. "The S and M scene with (Jazz) Lam Chi Sin and Ho Wah Chiu was a little bloody, I felt uneasy watching it because I am pretty traditional. At first when I got the script I was pretty resistant, but the director said that the result would be dramatic." The model turned actor Lam Lei Han already had nude scenes in her first film, including bed scenes and all nude scenes. She admitted that during the shoot she was crazy nervous. "It was very exciting! Luckily Ho Ho Man was very professional, he would not make me feel embarrassed."

Dominic Ho Ho Man two nights ago attended his film THE GIGOLO 2 premiere. The two female leads Man Hoi Ling and Lam Lei Han both licked the ice pop that he raised. Ho Ho Man revealed that he has invited his family to attend the premiere. Will he take his girlfriend? He said, "I don't have a girlfriend, but I invited a friend I am seeing . I feel I need to let her know what kind of movies I would make to see if she can accept it. I hope she can!"

Barbie Liu (Ha Wai Yu), Sophie Ngan Chin Man and Jeana Ho Pui Yu two nights ago attended THE GIGOLO 2 premiere. Ha Wai Yu's ugly yet funny costume in Stephen Chow Sing Chi's Lunar New Year film MERMAID was unveiled. Was she pleased with her look? She said, "I was very pleased! Sing Yeh helped me with the costume design. I don't mind playing ugly, maybe it is a special way to please the audience." Nga Chin Man recently worked on a Mainland film, which she admitted as testing the water for her. "I haven't acted in over a decade. This time is like testing the water for me. The film is with Sing Yeh's former team."
Posted by hktopten at 6:20 PM