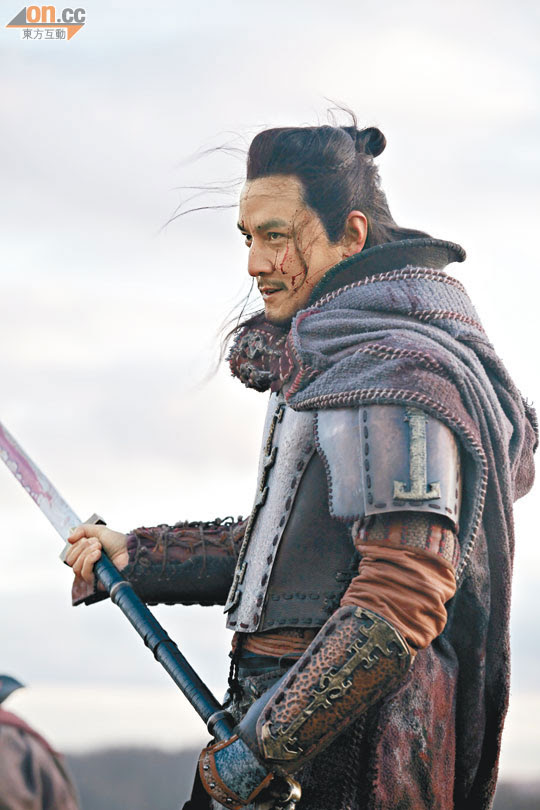 Just announced to be a father soon, Daniel Wu (Ng Yin Cho) in the Lu Chuan directed Emperor Motion Picture THE LAST SUPPER (WONG DIK SING YIN) played for the first time a historical figure Xiang Yu. Daniel said that this was a very memorable experience. "Most of the characters I played before were fictional characters. Now I am playing an actual historical figure, Chinese history should be a required lesson! When my children grow up I can tell them their father once played Xiang Yu."

Because the Hegemon King of Western Chu Xiang Yu looked very dominating, the director in order to bring the history back to life went to the museums to capture all the historical relics on film and created the costumes a new with ancient clothes making methods. Daniel in the armor looked heroic, but actually everyday he spent a hour to change into the costume. He said, "The armors and the costume weighed 20 kilograms, every time I put them on or took them off I needed 45 minutes. So I wore them all day long into the night and tried not to remove them until work ended. During the shoot I was almost one with them."

Five years since BLOOD BROTHERS (TIN TONG HAU), Daniel finally had the chance to work with Liu Ye and Chang Chen again. He said that the reunion was fate and felt that they each had a sense of steadiness. Their acting also showed maturity.
Posted by hktopten at 3:08 PM