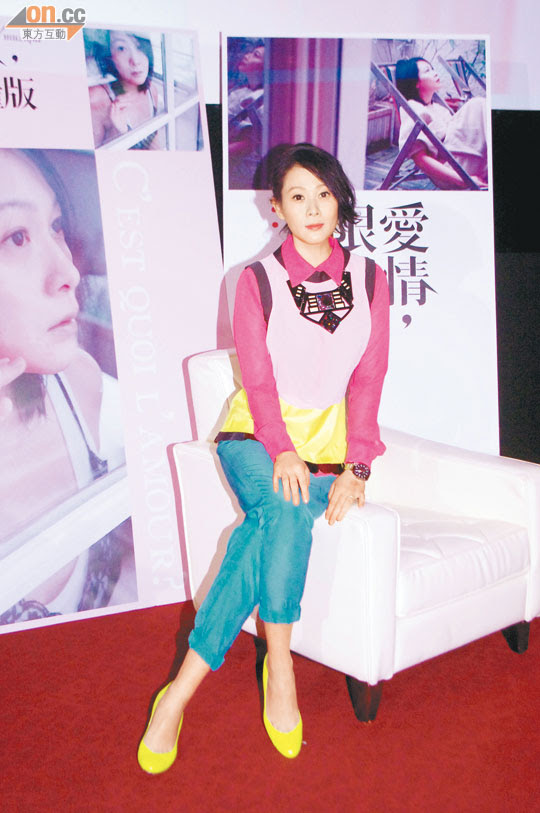 Rene Liu (Lau Yeuk Ying) directed her first short film C'EST QUOI L'AMOUR? earlier held its premiere in Taipei. After marriage she rarely appeared in public in Taiwan. When asked about her marriage, Milk tea said, "It's pretty happy." She even revealed that her husband had a very high taste for art and was a good photographer. She joked, "If I really make my next movie, I hope he would be able to participate." Milk Tea said that before marriage she only had work in her life. After marriage she would like to have more balance between work and life, as she would like more time to be together with her husband.

Milk Tea revealed that she bought many cookbooks in Taiwan and would try to cook at home. She said, "Chicken soup and Lion Head are my best dishes. My husband cooks very well as well. Thus when we can go home and eat, we would try to be at home." As for parenthood plans, she said, "It's still being created."

C'EST was adapted from Milk Tea's novel of the same name. After two years of personally editing and scoring the film, she had to spend countless days and nights to complete it. She said, "Currently I don't have further production plan. At first I just wanted to turn the novel into a movie, which was completed with the encouragement of many. I am already very happy to be able to share the film with everyone. That type of joy and satisfaction is beyond any description." When she saw the first scene as the narration began, she knew that she not only did her best, but she also has accomplished.
Posted by hktopten at 1:46 PM