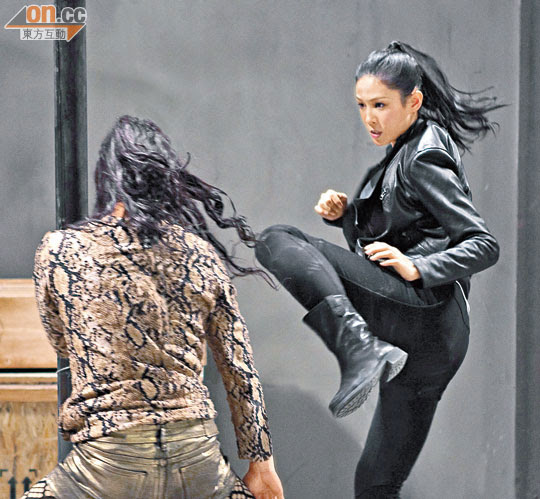 The Emperor Motion Pictures, Jackie Chan Productions and Huayi Brothers joint release CZ12 not only has Jackie Chan as its star but also its director. The film constructed a 15,000 foot full studio set as the enemy base. The base was divided into two stories. Every part's design was made for fight scenes, from something as small as a chair to as large as a flight of stairs everything has been included into the calculation. Big Brother who participated in some of the designs said, "This base is the set of a key action scene. My right brain came up with the design while my left brain rehearsed the stunts, squeezing every drop out of them."

Aside from designing every scene, Big Brother even discovered a "action actress" Zhang Lanxin, who Big Brother also praised as his right choice. Among the numerous actors in the audition, he only chose Zhang Lanxin not because she could fight but because no one had the murderous intent that she had. Big Brother explained, "Among those who auditioned, some were great in martial arts but as a martial art film star the first condition is to make people feel you could fight. Zhang Lanxin is the type who gives the impression of a 'great fighter' just by standing there."

Big Brother on the set often taught kung fu to Zhang Lanxin so she would be more able to handle the shots. Zhang Lanxin said that she was incredibly honored to receive Big Brother's instruction. "Big Brother's achievement in action films proved his substance! His correction, even if it's just two minutes, is better than you training on your own for two months."
Posted by hktopten at 9:21 PM