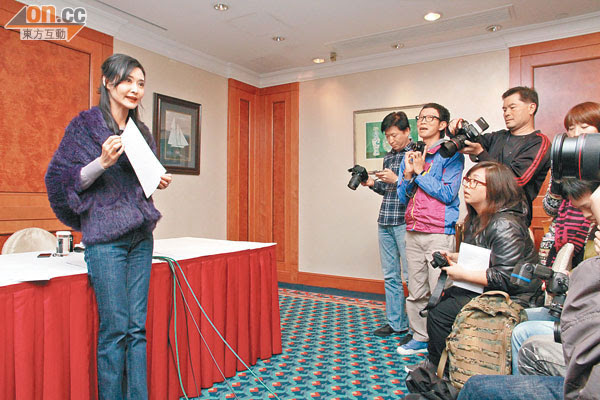 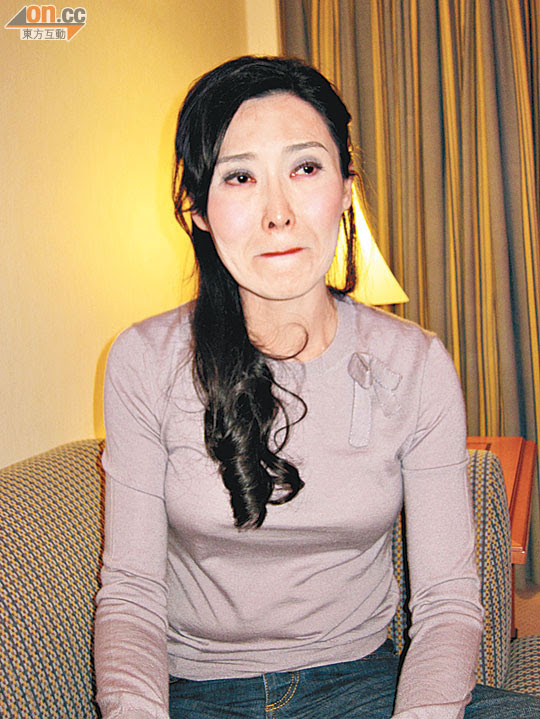 Yesterday a magazine reported that Veronica Yip Yuk Hing returned to Hong Kong to make the Lunar New Year film in Hong Kong due to her husband's financial issues. Yip Yuk Hing held a press conference immediately, stated that their finance was in stable condition, her displeasure at the magazine's mudslinging and announced this might be her first film because her husband has already objected to her return.

When asked whether she regretted her return, she admitted that she had no regret. Her husband has already urged her not to act numerous times. Originally she planned to work on a television series later. After the report surfaced her husband objected even more and thus she said that this might be her final film. She revealed that she will leave Hong Kong Friday. As for whether her husband would prohibit her from returning to Hong Kong to promote, she said that unless she was dead or paralyzed she would still return.

Yip Yuk Hing's mother meanwhile passed away on the 9th around 2PM at the age of 89. Hing Hing said, "That day after 20 some hours at work, I returned to the hotel around noon. After showering and sleeping for less than ten minutes I received a call to say that Mommy has been sent to the emergency room, so I didn't dare to turn off the phone. The hospital told me to mentally prepared."

Hing Hing broke down and said, "I never regretted the decision to return to Hong Kong to make a movie because of it I am able to return to Hong Kong for such a long time, to be with Mama for so long. Outside work I spent all the time with Mama. For 16 years I have never spent so much time with Mama. The only part that a little tougher was after Mama's passing I still had to work. I was able to sleep for five or six hours after taking medication, then I had to work again. I am very proud of myself, I was able to do that. I didn't tell anyone because I didn't want to affect the team's emotions." She continued, "My husband is willing to let me come back, he was only afraid that people would make stuff up. Finally that came true. So far he has never blamed me once. He knows seeing Mama was very important, he also knows that I had a lot of fun from acting."
Posted by hktopten at 2:19 PM