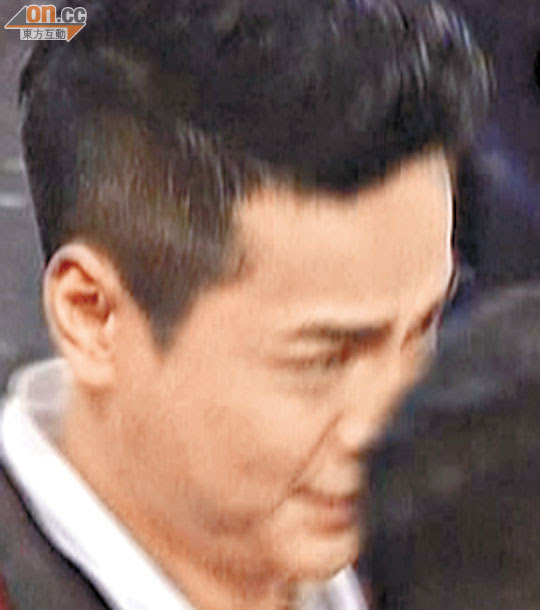 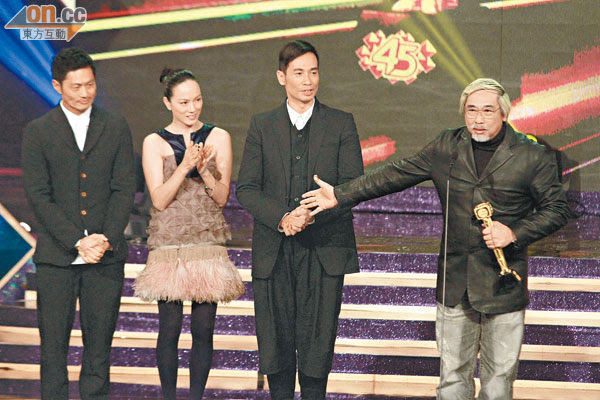 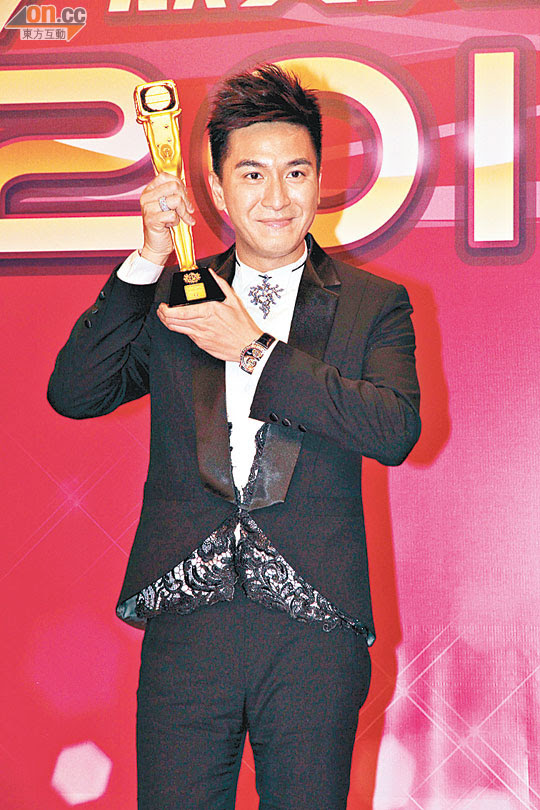 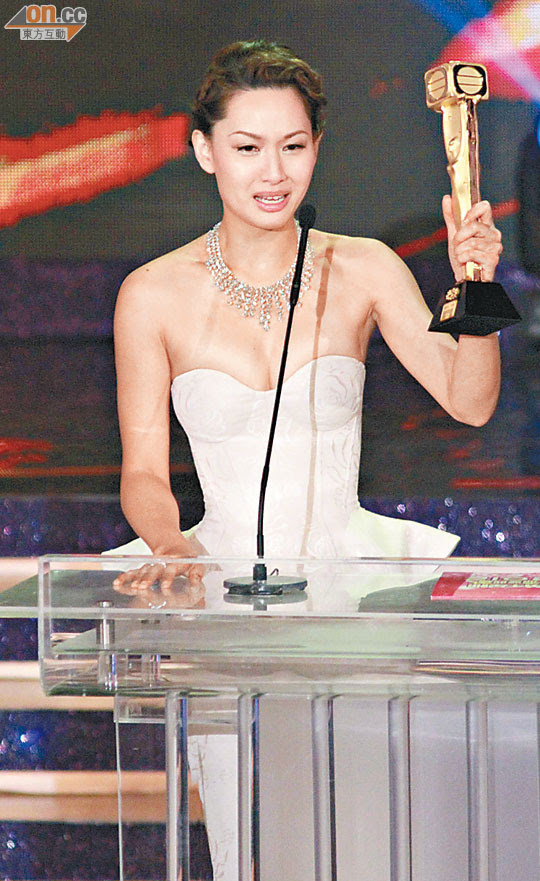 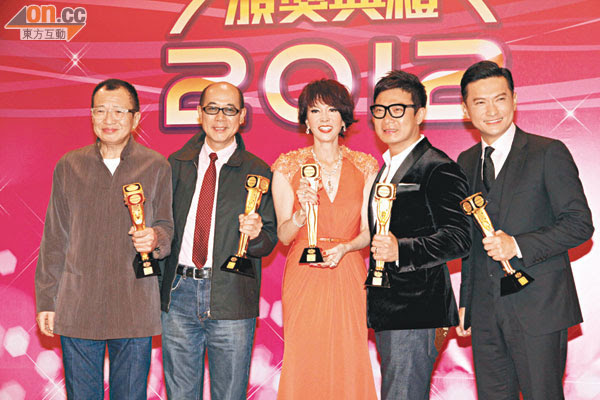 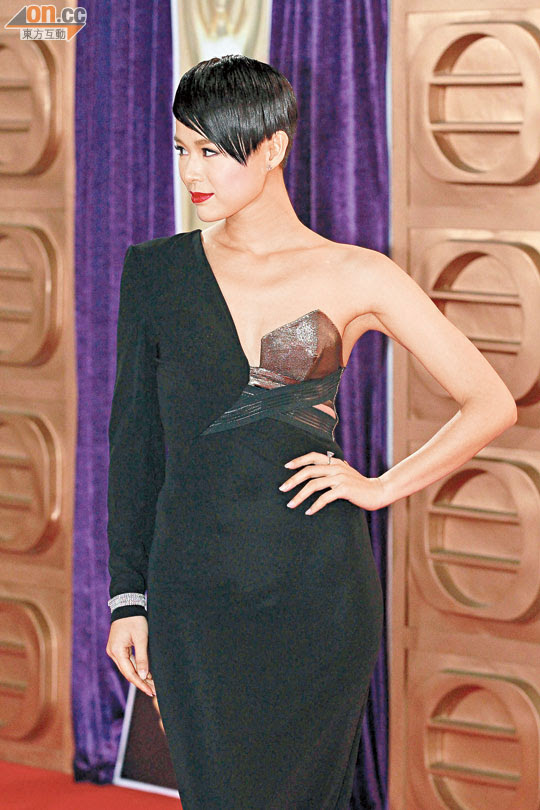 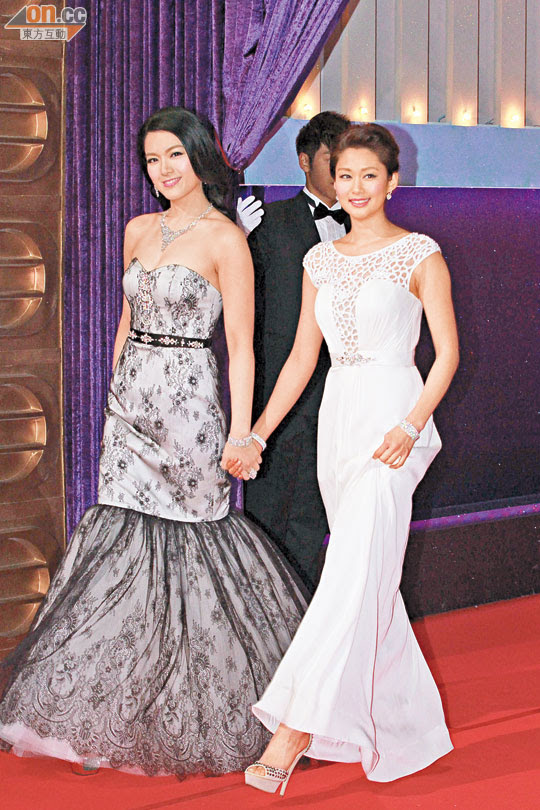 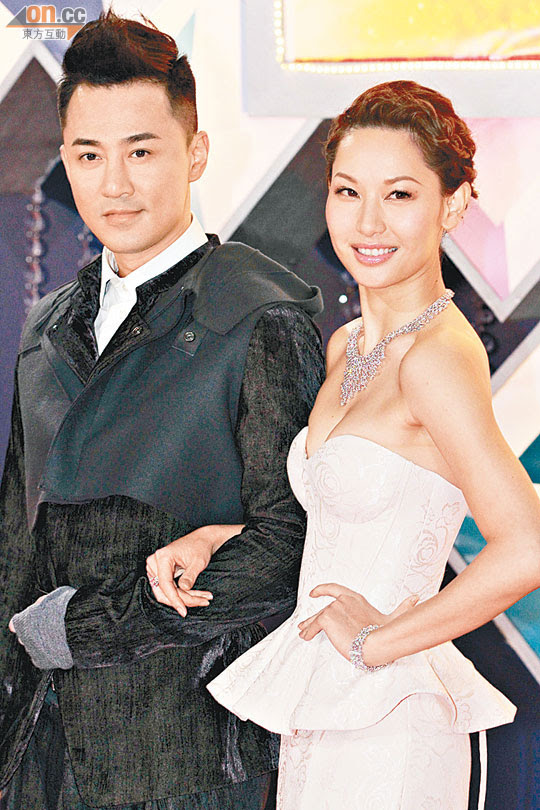 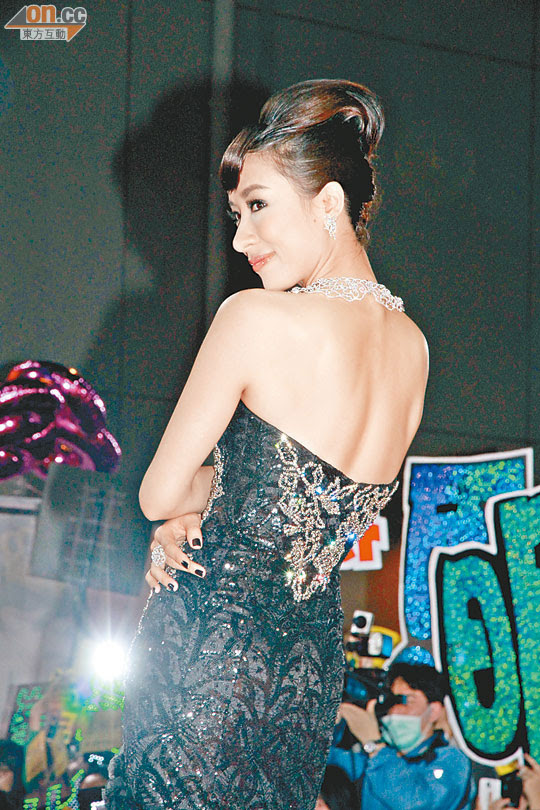 TVB Anniversary Awards 2012 took place last night. This year is the first year that the Best Actor, Best Actress and the Series awards are determined by general election through one vote per person. In the end Wayne Lai Yiu Cheung as the dark horse defeated favorite Raymond Lam Fung to win Best Actor for the third time and tie Gallen Law Ka Leung's record of man years. Lam Fung unfortunately went home empty handed. Tavia Yeung fended off rival Kate Tsui Tsz Shan to win Best Actress. She was so emotional that she broke into tears. Best Series went to the controversial WHEN HEAVEN BURNS (TIN YU DEI). TVB announced that over 1.54 million people participated in the "general election", but Best Actor and Best Actress vote counts were over 110,000. The ratio was under suspicion.

This year's Best Actor and Best Actress competition has been fierce. Before the race each nominees actively campaigned for votes. Lam Fung was the favorite while Yeung Yi and Tsui Tsz Shan fought over Best Actress. Last night the results were announced and Lam Fung was disappointed as Wayne Lai Yiu Cheung with THE CONFIDANT (DAI TAI GAM) won his third Best Actor and tied Law Ka Leung's record much to his surprise. Lam Fung even lost MY FAVORITE MALE TELEVISION CHARACTER to Kenneth Ma Kwok Ming and went home empty handed. He only forced a smile to be happy for others. When Cheung Jai accepted the award he said, "I thought I wouldn't have a chance to step on this stage. I have returned to TVB for 10 years, truly how many decades are in a lifetime! Thank you Tsang Lai Chun for bringing me to the award stage step by step. I would share all the honor with the most important (people) in my life, Mama, my wife and son." Cheung Jai later mentioned that Lam Fung had many fans but lost the Best Actor. He said, "With one vote per person I truly never thought that I would win, thank you viewers for your support."

Tsui Tsz Shan has always been confident about winning Best Actress. When she was announced as the MY FAVORITE FEMALE TELEVISION CHARACTER winner, her first reaction was to pout. Then she cried when she accepted the award seemingly somewhat reluctantly.

Yeung Yi broke down when she learned that she won Best Actress. Rumored boyfriend Law Chung Him was happy and teary eyed as he lowered his head to wipe away his tears. Yeung Yi happily embraced Ma Kwok Ming, Myolie Wu Hung Yi, Linda Chung Ka Yun and others. Yeung Yi said, "I never thought I could stand on the stage, I truly thought I had an election emergency!" She lamented the road for over 10 years has been very tough, but she did not give up. She thanked her family, manager and others. She even gave a special thanks to Liza Wang Ming Cheun. "Liza Jeh back then told me to definitely sign the manager contract because it would bring a lot of opportunities!" Yeung Yi still did not thank Law Chung Him.

Speaking of Law Chung Him shedding tears of her, Yeung Yi said, "Silly! What was he crying for? He should wait until he wins an award to cry!" She said that Law Chung Him was right to be emotional because he was happy for her, but she did not need to thank him as everything was in her heart. Yeung Yi only remembered that she has not voted yet right before the deadline and immediately voted for herself; later she only began to campaign only when the election got close. She tearfully said that she felt guilty about forgetting to thank her fans on the stage. Yeung Yi also said, "When (Miriam Yeung) Chin Wa announced "Fourth Wife" as the winner, I couldn't connect that to myself and needed Wu Hung Yi and Tsui Tsz Shan to remind me."

TVB last night announced the "general election" reached 1,542,922 people. Lai Yiu Cheung received 114,947 votes while Yeung Yi received 110,975 votes. The ratio was in question. TVB explained that during voting voters could vote in one category and not required to vote in all three. The over 1.5 million votes did not represent that all three categories had the same vote count.

Tsui Tsz Shan did not win Best Actress but fortunately with HIGHS AND LOWS (LUI TING SO DUK) won MY FAVORITE FEMALE TELEVISION CHARACTER. She said, "I am not a likable person, receiving so many people's support is already very rare. Thank you Ms. Lok, I know you have helped me alot." She said that she was already very gratified with the award, whether she won the Best Actress or not it was unimportant. Ma Kwok Ming with THE HIPPOCRATIC CRUSH (ON CALL 36 SIU SI) won MY FAVORITE MALE TELEVISION CHARACTER. He choked up as he said, "I don't know when people stop wanting this award, but I wouldn't mind winning this every year from now on."

Best Supporting Actor favorites were Chan Kwok Bong and Jerry Koo Ming Wa. Finally the latter won. He thanked Chan Kwok Bong for his continuing support, with Chan Kwok Bong presenting the award to him it was especially meaningful. Nancy Wu Ting Yan won Best Supporting Actress from rival Mandy Wong Man Yi. She said, "I truly had obstacles galore, I am very happy. Thank you TVB for your cultivate of the past 10 years."

WHEN HEAVEN BURNS crushed THE CONFIDANT, THE HIPPOCRATIC CRUSH to win Best Drama. Producer Chik Kei Yi and copy editor Chow Yuk Ming felt happy. They thanked viewers for still remembering the series despite its early in the year release and were deeply pleased. Chik Kei Yi at the end of the month will leave TVB. He described the award as a full circle and he would form a production company with Chow Yuk Ming. However he said in a television interview that he still would like to make another series with the original cast and crew. "The content will have variety, murder and arson."

Chin Kar Lok accepted the award from Eric Tsang Chi Wai. He kept making fun of Eliza Sam Lai Heung all night and joked that he did not want to give people the impression of "just messing around". However he said, "This year I have had enough, I got married and will be an Old Man soon. I am afraid of being smote for having too much." He did not feel the award was a "pork prize".

Cheng Yui Ling gave a "wow" when she learned that she won and she said that she was "both eating in and carrying out". Hui Siu Hung and Lee Sing Cheung were very touched. When Lee Sing Cheung won, Wu Hung Yi stood up and applauded in the audience. Fala Chen was even moved to tears.

After 41 years at TVB, Wang Ming Chuen won the Anniversary Performing Artist Award. Recently Wong Wai Kei's Hong Kong Television has been on the prowl, Ah Jeh who was elegantly dressed said that with the arrival of a new television age she did not dare to hesitate. "I wouldn't treat this award like a senior award, I will work hard by TVB's side." Ah Jeh said that she has been in the business in 45 years, TVB's 45th anniversary also happened to be this year. Thus the award was especially meaningful. "Working on a job for this long is not easy, so I have to thank myself too. For now I haven't thought about how to celebrate yet, I will think about it after the end of my concerts."

Luisa Maria Leitao (Lai Chi San)'s popularity rose from hosting TELLING MARIA and she won Best Program Host as the favorite. She choked up emotionally as she stuttered, "First I have to thank Best Actors who accepted my interview. I have been in TVB for almost 30 years. This is my first nomination and first award, to me it is a great reward. Thank you to all the co-workers who voted for me."

Lai Chi San thanked former boyfriend Cheung Tat Lun. "He gave me a lot of encouragement, without him I wouldn't have this program. I want to give half the luck, you are lacking a little." Lai Chi San stated that Cheung Tat Lun brought her out of her low point. "He told me to do something for myself. He motivated me to work on TELLING MARIA and gave me a lot of suggestions." She said that she would see if Cheung Tat Lun was free before celebrating. As for getting back together they had no chance, right now they are good friends.