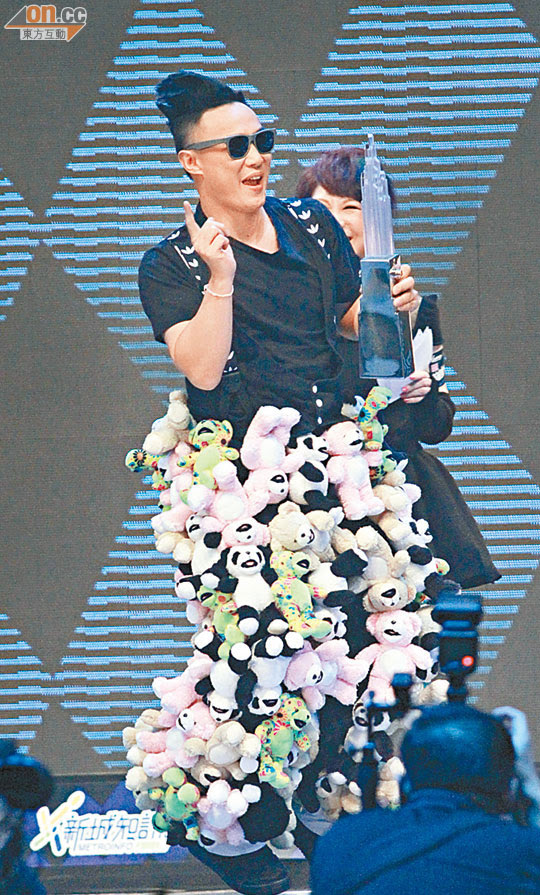 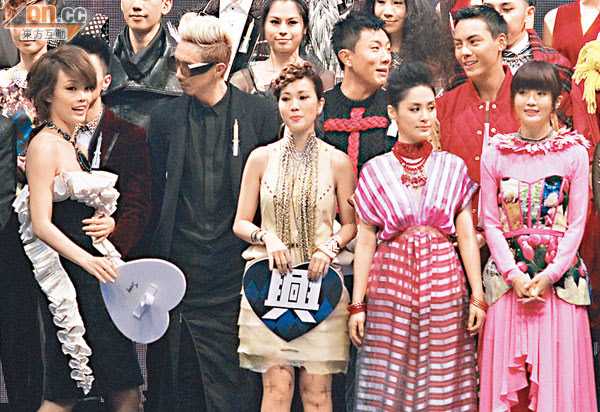 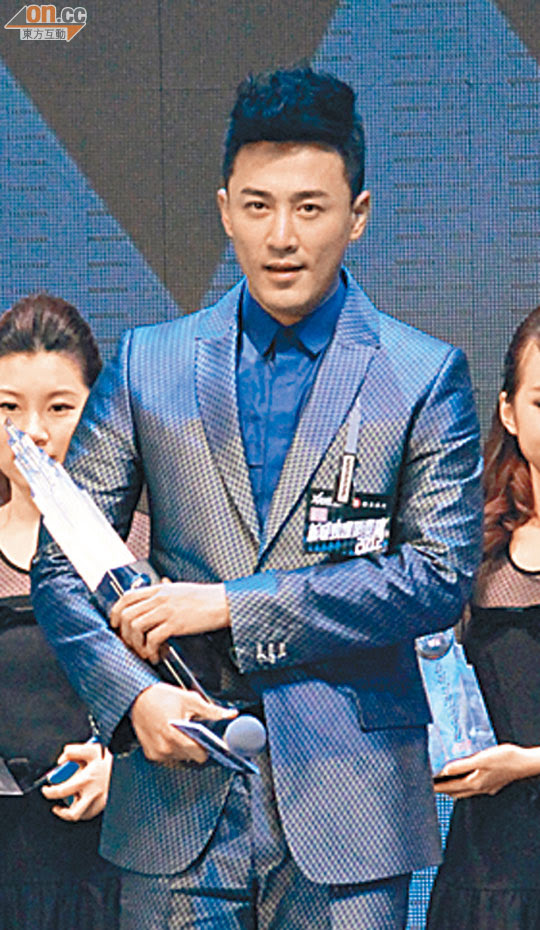 This year's first music report card Metro Hit Award took place last night. The event lasted over 5 hours as it continued to share pork with 163 awards. Joey Yung Cho Yi and Eason Chan Yik Shun won 4 each to become the six time big winners in a row. Perhaps because she was arranged to share the stage with boyfriend Wilfred Lau Ho Lung, Joey did not smile much all night. Earlier she even vanished from the audience. When the event presented the leaping singer award to her, she did not appear no matter how many times she was called.

The results had no surprise as Joey and Eason continued to reign over the music scene with 4 awards each. They even won their sixth "Global Hit Singer Award" in a row. Joey with WATCHING FLOWER IN THE MIST (MO LUI HONG FA) won the Song award, the Broadcast Index Singer Award, INCREASE POWER (GA DAI LIK DOH) won the Mandarin song award. Eason with HEAVY FLAVOR (CHUNG HAU MEI) won the Global Hit Song, and with END (YUEN) won the song award. He also won the Singer of the Year award.

Joey was the big winner but was not particularly happy because during the group photo Lau Ho Lung stood behind her; the event even arranged for them to receive awards together on the stage. Joey only chatted with Lau Ho Lung's old flame Stephanie Cheng Yung and remained back stage. Even when the Leaping Singer Award was presented to her, she did not appear despite being called many times; when she along with Eason and Andy Hui Chi On accepted the Global Hit Singer Award, she smiled again and performed.

Khalil Fong Datong won 3.5 awards, Raymond Lam Fung, Hins Cheung King Hin, Kay Tse On Kay, Hui Chi On, Kary Ng Yu Fei, Adason Lo (Law Lik Wai), Fiona Sit Hoi Kei, Eric Suen Yiu Wai all won 3 awards. Always a Metro favorite Tse On Kay said that she was very happy to win an award without releasing a record. Dik E Tat also did not plug a song but still receive a duet award much to his surprise. However the most puzzling was Linda Chung Ka Yun who did not release a record until the end of the year and did not perform outstandingly won the Hit Female Singer award with Jade Kwan Sum Yin, Ng Yu Fei and G.E.M.

Metro this year followed TVB's lead as absent singers did not receive any award. Thus absentees Leo Ku Kui Ke, Miriam Yeung Chin Wa and Denise Ho Wan Si got goose eggs. However Wyman Wong Wai Man and Mainland singer Yue Wei (Ngok Mei) still received awards despite their absence. The host said that they were absent due to illness. Eason who accepted the award revealed that Wong Wai man was shopping abroad, only to say later that he has not seen him in a long time and had no idea where he was. Cheung King Hin whose contract will come to term soon thanked Universal, proving that their relationship has not deteriorated.

The award show as usual put singer romances on the table. Yung Cho Yi and Lau Ho Lung, Charlene Choi Cheuk Yin and William Chan Wai TIng whether for the group photo on the stage and in the audience were arranged to sit nearby.

Joey and Lau Ho Lung accepted a song award together, no wonder she did not smile much. On the stage she stood closes to the side and the farthest from her boyfriend. She only chatted with Cheng Yung and ignored even what the hosts said. Chan Wai Ting saw the camera on him and Choi Cheuk Yin in front of him immediately hid behind the host to avoid the camera. When Chan Wai Ting won the Asia Dance Singer Award, the host asked Choi Cheuk Yin whether she was happy. Chan Wai Ting could only awkwardly laugh and shake his head.

Rumored to be depressed, Mag Lam Yun Tung last night looked much thinner at the award. Elder Yung Cho Yi who was rumored to be at odds with her even stated that she "wanted Lam Yun Tung to win the most". Joey even said, "I hope she would get a bit fatter, win a bit more and be a bit happier!"

Lam Yan Tung's TREE VINE (SHU TUNG) won the song adaptation award but she did not perform, perhaps her throat ailment has not recovered yet. Female singers did not dressed too provocatively. Ng Yu Fei, Sit Hoi Kei and Yung Cho Yi all appeared in low cut evening wear. Chung Ka Yun was a lady in red, Ivana Wong Yuen Chi wore a "red eye" look and resembled A CHINESE GHOST STORY (SIN NUI YAU WON). The most exaggerated dresser of the evening was absolutely Chan Yik Shun who had different teddy bears on his pants.