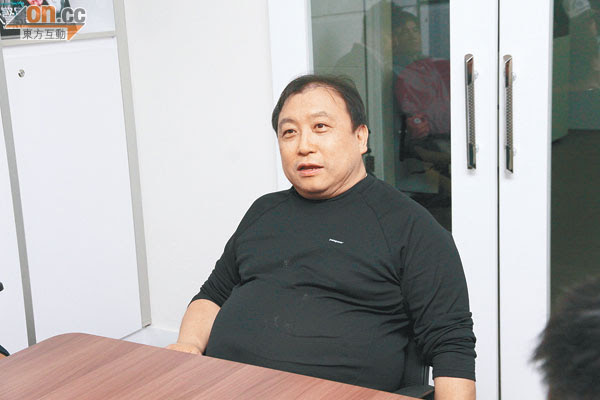 Wong Jing and Stephen Chow Sing Chi have worked together countless times and created many classic comedy films, unfortunately in the end due to different values they grew further and further apart and made another collaboration difficult. Wong Jing yesterday appeared on a Commercial Radio interview. He said that after working with Chow Sing Chi on ALL FOR THE WINNER (DOH JUP) many of their films performed well. Wong Jing said, "He is super smart, has a lot of ideas and extremely high potential. As a director he is also pretty good, I appreciate his persistence very much. We were once pretty close friends. He would honestly share his personal affairs like girlfriends and cars with me."

However after they worked together on FORBIDDEN CITY COP (DAI NOI MUK TAM LING LING FAT) in 1996 they worked together less. Wong Jing said, "Because our values were further and further apart. Many people think that I like money, actually I like movies more than money; but he definitely likes money more than movies. In 1999 he and I worked together on our last film THE TRICKY MASTER (CHIN WONG JI WONG 2000). At the time I agreed to his salary demand, but he gave very few days. Most of the film ended up on Nick Cheung Ka Fai's hands. He was a little uncooperative, refused to pass the ball and only played his own part. He felt like he was a guest star and had no responsible to help with cultivating new comers, it became rather unpleasant." Wong Jing believed that the chance of working with Sing Yeh again was very slim. "He doesn't even want to star in his own movie, not to mention he is older now. I watch him turn his own image into an immortal guru, his state of mind is no longer that of an actor. The position of an actor to him is too low! He doesn't want to act."
Posted by hktopten at 5:53 PM