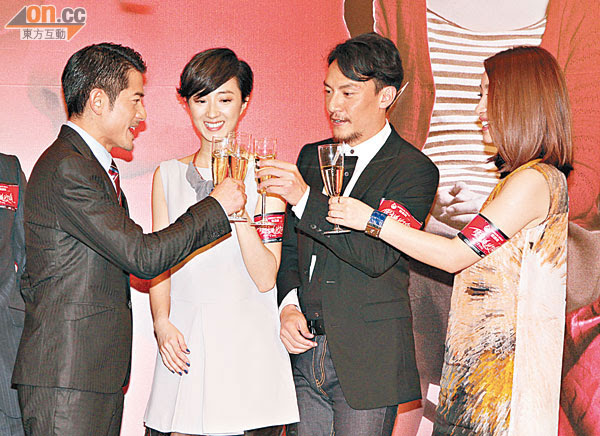 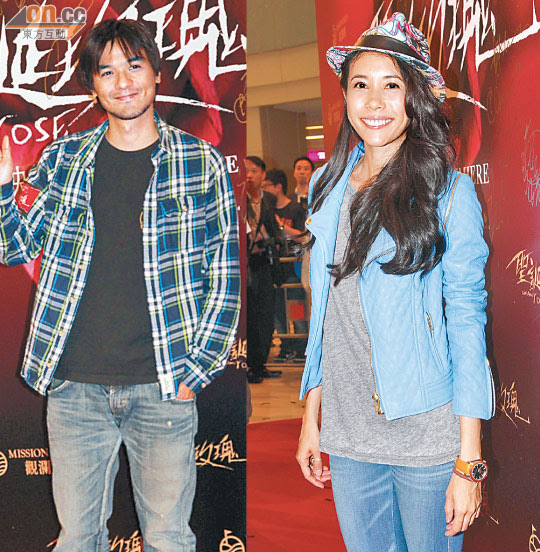 Charlie Yeung Choi Nei's directing debut, CHRISTMAS ROSE (SING DAN MUI GWAI), two nights ago held a premiere. Aside from actors Aaron Kwok Fu Sing, Xia Yu, Chang Chen and Kwai Lun-Mei, Charlie's close friends Karen Mok Man Wai, Angelica Lee Sinjie and Gigi Leung Wing Kei also showed their support. However, Mok Man Wai soon after arriving already stated that she had to leave. She stressed that she was not dodging old flame Stephen Fung Tak Lun. "Of course not! I haven't seen him either. Actually I have to catch a plane back to England. Tonight everyone is supporting Charlie. We are friends and I won't feel awkward anyway."

Charlie admitted that she was very happy to have the support of so many friends, of course she also would like a good box office performance to prove that the film has been shared with many and the workers have been rewarded. However she would not give herself too much pressure. She stressed that she did not want to transition to directing and would only do so with a good script, she would remain an actress first. Would she consider making a movie with her friends? They all immediately agreed that they hoped to be able to make the transition and joked that they could make a mahjong comedy with Mok Man Wai.

Celebrating her birthday on the 23rd, Charlie said that last year her birthday was during the shoot so she celebrated with the team; this year because she will have to promote overseas she will still spend it with the team. However she will pick another date to celebrate with her close friends.

Kwok Fu Sing two nights ago attended the premiere. He said that he told his mother about his new film release, even stressed that this time he only acted and did not have any action and dangerous scene so she would not have to worry. Mama immediately nodded to indicate that she was relaxed because Mama was afraid to watch more violent films at her age. Has Mama rushed him to find a new girlfriend? Sing Sing said, "Mama wouldn't say stuff like that. She knows that her son in the past decade has put a lot of time into film. She only looks forward to my new films and is already satisfied that I share them with her. She also understands that I am not a kid anymore, has my own ideas. She also knows that I am a workaholic who is passionate about my performance career, so I have gained a lot and lost a lot. The main reason was that because my sister and brother already have children so she would not care about that with me. I am fortunate to have such an understanding mother."
Posted by hktopten at 4:29 PM