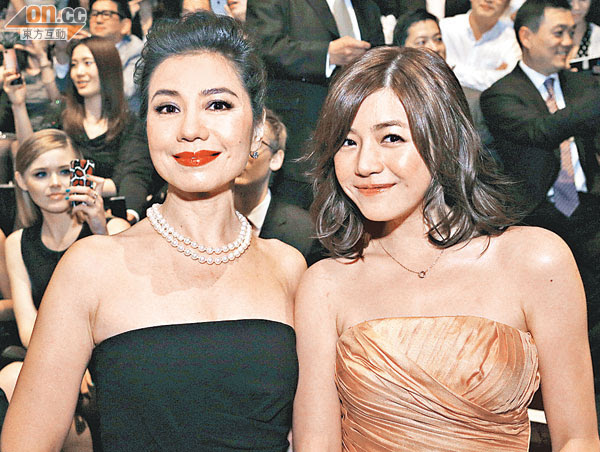 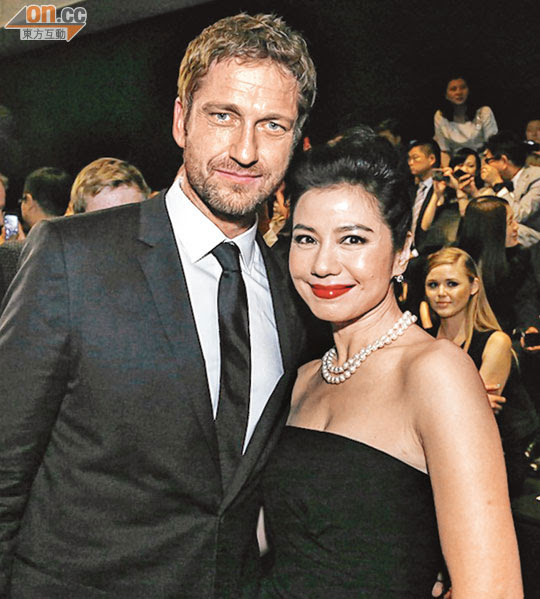 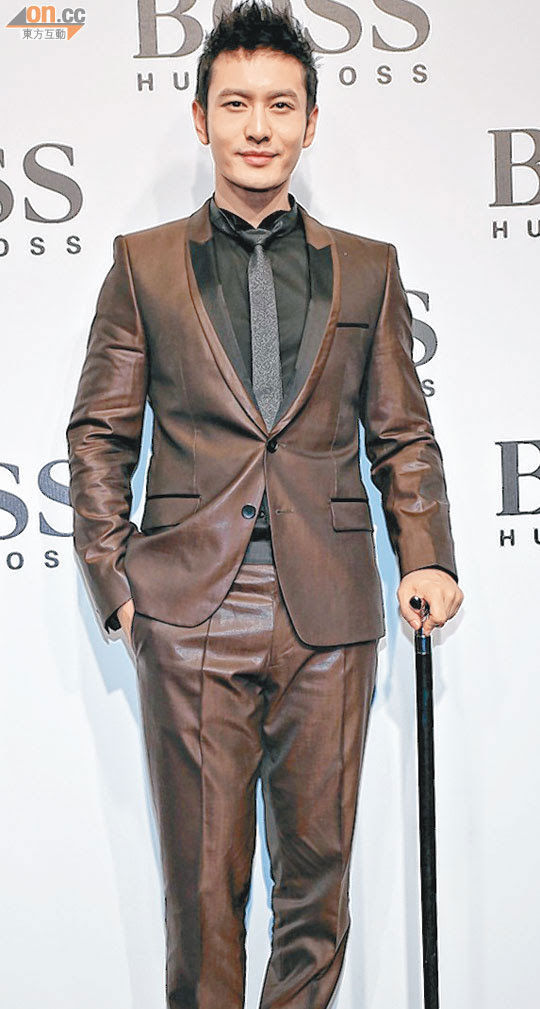 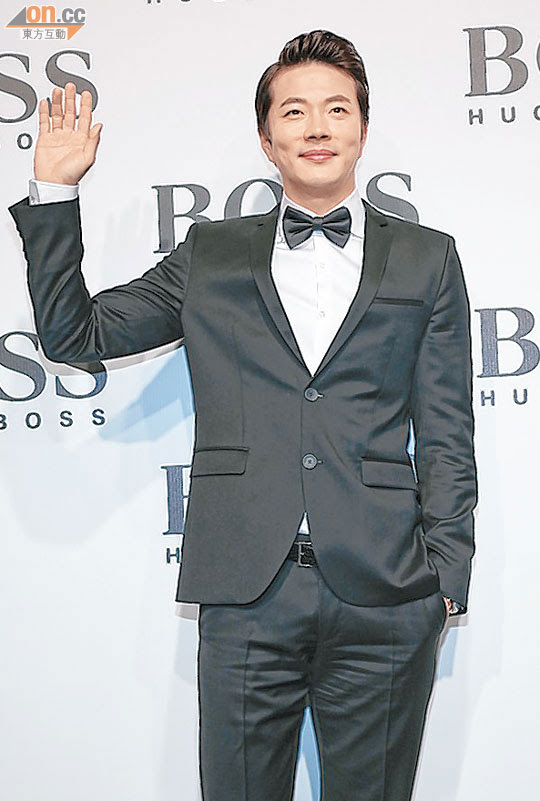 Hugo Boss two nights ago held a 2013 winter fashion show in Shanghai. Chow Yun Fat and Cherie Chung Chor Hung since ONCE A THIEF (JUNG WAN SEI HOI) and AN AUTUMN'S TALE (CHAU TIN DIK TUNG WA) have not worked together again. Two nights ago they reunited and posed for photos with Fat Soh. With younger version of themselves Huang Xiaoming and Michelle Chen also on hand, Fat Gor said that it was a rare sighting of "Two Chow Yun Fat, Two Chung Chor Hung". Although Hung Goo humbly said that Michelle Chen was young and pretty unlike her, Fat Gor joked, "Tonight there are two Chow Yun Fat and two Chung Chor Hung because Xiaoming and Michelle are here too, they look like us!"

Hung Goo said that in the morning she just ran into Fat Gor at the gym and praised Fat Gor for being fit and handsome. Was she tempted to work with Fat Gor again? She said, "Yes! If Fat Gor asks, I won't reject. (LOVE IN THE BUFF sequel?) I am not playing Jimmy or Cherie, I don't mind playing Fat Gor's wife or girlfriend."

Fat Gor arrived with Fat Soh and looked for God of Gamblers, but he jokingly denied that he was playing Ko Chun. "My hair is combed to the left, God of Gamblers' hair is all combed to the back." He said that Hung Goo was getting prettier and prettier. Hung Goo recently has been caught with guys on the street. Fat Gor said in Putonghua, "Encouragement! Encouragement!" He told Hung Goo to meet more guys. As for Hung Goo being willing to work with him again, Fat Gor said, "I have to have a script first. Hung Goo can't be (Shawn) Yue Man Lok's Ma, it's more like Yue Man Lok should play her old man." Will he compete with Yue Man Lok for Miriam Yeung Chin Wa? He said, "Then what will Chung Chor Hung do? With a four way romance, Director Pang (Ho Cheung) will have to think about it." What about AN AUTUMN'S TALE sequel? Fat Gor said, "Would anyone want to see it? I am setting up shot in Cheung Chau, not Long Island. Yet TVB series is shooting in Cheung Chau. I will change it to shoot on Lamma Island."

Television fan Fat Gor also watched BEAUTY AT WAR (GUM JI YUK YIP YI). He said, "I don't understand it, so I have someone to explain it ot me. Actually the series is good, but it requires patience to watch. The general viewer has difficulties with the palace inside and out."

Turning 30 yesterday Michelle Chen said that Hung Goo was her idol. "She is the goddess of my heart. The first time I met her I was very nervous. I definitely will get a picture with her, it's my biggest birthday wish." Michelle Chen finally got her wish and even posted her photo with Hung Goo online. She said that she was under Hung Goo's spell. She also celebrated her birthday with co-workers and Mickey Mouse.
Posted by hktopten at 2:04 PM