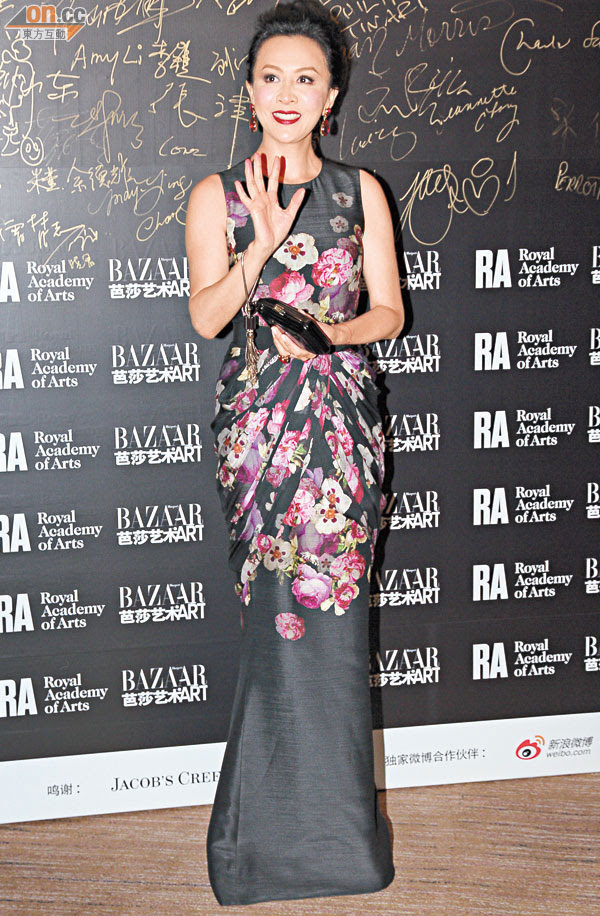 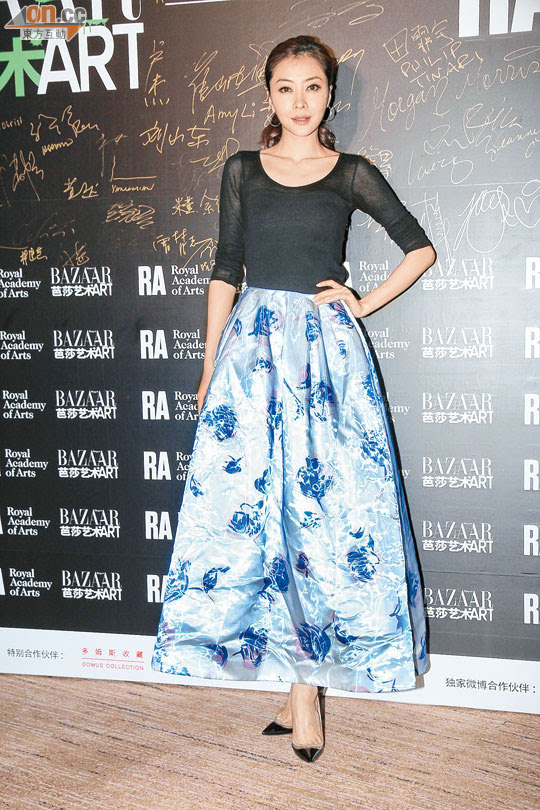 Carina Lau Ka Ling, Miriam Yeung Chin Wa, Gigi Leung Wing Kei, Lynn Xiong (Hung Doi Lam) and others last night attended a Bazaar Art night. Ka Ling just returned from the Cannes Film Festival early due to work. She felt that she has done more than enough for her film BENDS (GOR GAI) and she would care too much about winning an award. She said, "This time the biggest experience is the feeling of not giving myself a limit. I should help young people more. I can't just consider commercial films. Quality work naturally has people who appreciate it."

Chin Wa admitted that she would cultivate her son Torres Ting Chun Lok's pursuit of art and music because Torres has potential in both. She said, "He can be a musician, as he is interested in piano and drums. If you give him a microphone, he would hold it so tight that you can get it off him. On the other hand he has no interest in children's toy cars and dinosaur figures." She joked that she could be Torres' manager in the future. She would not object to her son joining the business, but he at the most basic had to finish university. As for another child, Chin Wa said, "I have to fulfill the unfinished contract before that, but I would take it naturally. Actually someone asked my hubby to make a movie, but when he read the script at home he was both nervous and stiff. I asked him not to take it and better off focusing on behind the scene work. Maybe 10 years later, we will be able to perform as a couple like (Liza) Wang Ming Chuen and Law Kar Ying. We might reach another peak in our career."
Posted by hktopten at 6:39 PM