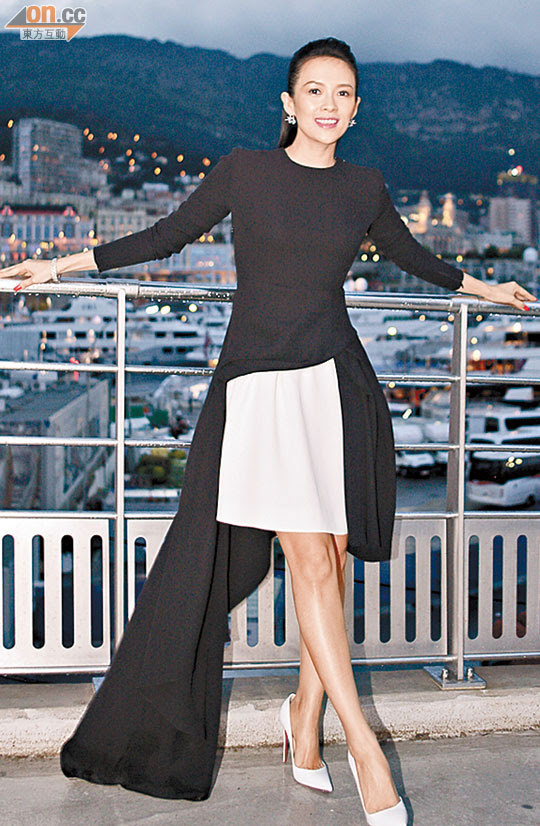 Donnie Yen Chi Tan will work on the Yuen Woo Ping directed CROUCHING TIGER HIDDEN DRAGON (NGOR FU CHONG LUNG) sequel, but when asked about the movie he kept it secret and said that he had no way to reveal it now. He only said that he will play a new character and not Chow Yun Fat's. Each actor has his own unique quality and he hoped to have a breakthrough.

His film ICEMAN 3D (3D BING FUNG HUP) also held a Cannes beach event, attracting many famous Hollywood producers to witness his kung fu. According to investors, currently overseas distribution has performed excellently. Most of the Southeast Asia and Chinese markets have paid a lot of attention, the film's advanced sales have exceeded expectation. Yen Chi Tan was praised and he appreciated everyone and his wife Cissy Wang's support.

He also took time to attend a Dior Spring line press conference with his wife in Monaco and sat with Zhang Ziyi. They watched the models on the catwalk and shared fashion tips. Zhang Ziyi even took photos with Oscar Best Actress Marion Cotillard. Yen Chi Tan said that because of how busy he was, Cissy bought his clothes for him.

Director Yuen Woo Ping and "the Strongest in the Universe" Donnie Yen Chi Tan last night around 10PM held a press conference at the Cannes Film Festival to announce the sequel to CROUCHING TIGER HIDDEN DRAGON (NGOR FU CHONG LUNG 2). Lord Eight originally did not want to reveal the content, but when asked if Chi Tan and Michelle Yeoh (Yeung Chi King) will play first love, Lord Eight dropped a hint and said, "Of course not! The first draft of the script isn't detailed enough, I want to do better. Right now the script is being changed." Lord Eight would give Chi Tan a lot of freedom in order for Chi Tan to have his biggest breakthrough. "The film company hoped to make a Mandarin version and an English version. For realism, a scene will be shot in two languages, which will be quite a challenge for the actors' ability to remember the script."

Chi Tan will work on a classic film's sequel but did not feel any pressure. He only hoped to be able to find a breakthrough to provide viewers with a sense of freshness. Chi Tan who answered in English was praised for his high English abilities by the foreign media.
Posted by hktopten at 2:40 PM