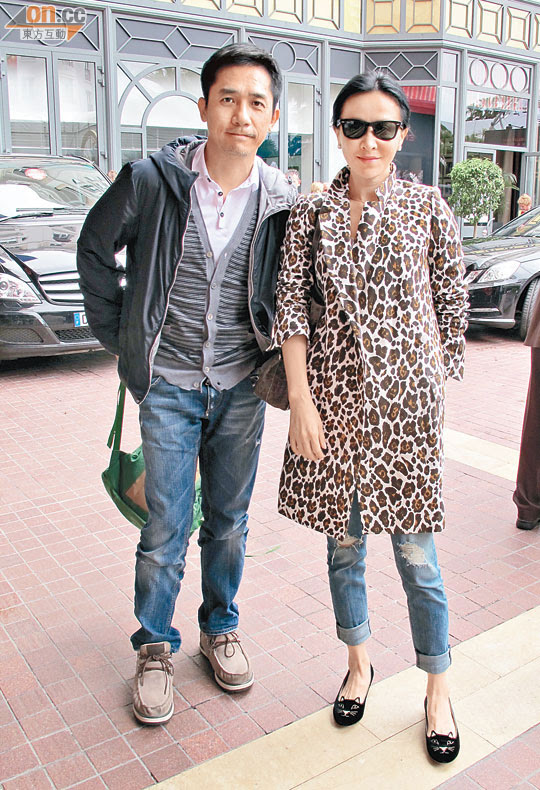 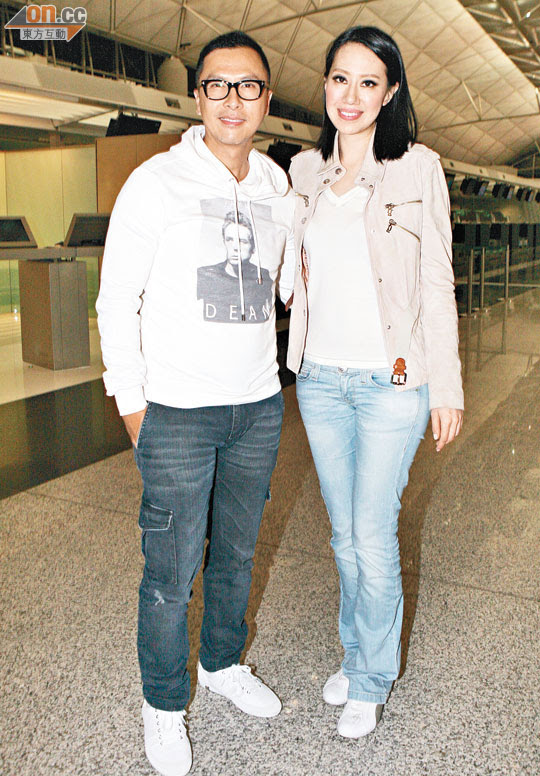 Yesterday they arrived. Wai Jai looked tired but the couple maintained their smiles. Winning Cannes Best Actor in 2000 with IN THE MOOD FOR LOVE (FA YEUNG NIN WA), Wai Jai was asked whether his wife had a chance to win Best Actress. He immediately, "Of course I am confident." Ka Ling joked, "Don't force him to say that!" Actually Wai Jai has not seen BENDS yet and will watch it for the first time in Cannes. At the same time he just found out that she would sing the film theme song. Ka Ling said that originally she wanted to surprise him but the media busted her. Reporters wished her luck with Best Actress and she happily said, "Hopefully it will be just like you said! However this time the selection is already an award for me." Will Wai Jai take the chance to talk with foreign directors? He said that he probably will not have time. They will stay for 4 days and their schedules were tight. This time he only came to support his wife.

The other Ip Man Donnie Yen Chi Tan also headed for France with his wife Cissy Wang. He said that this time he will stay in Cannes for 3 days and rush back to Hong Kong after promoting his new film because he miss his children.
Posted by hktopten at 4:38 PM